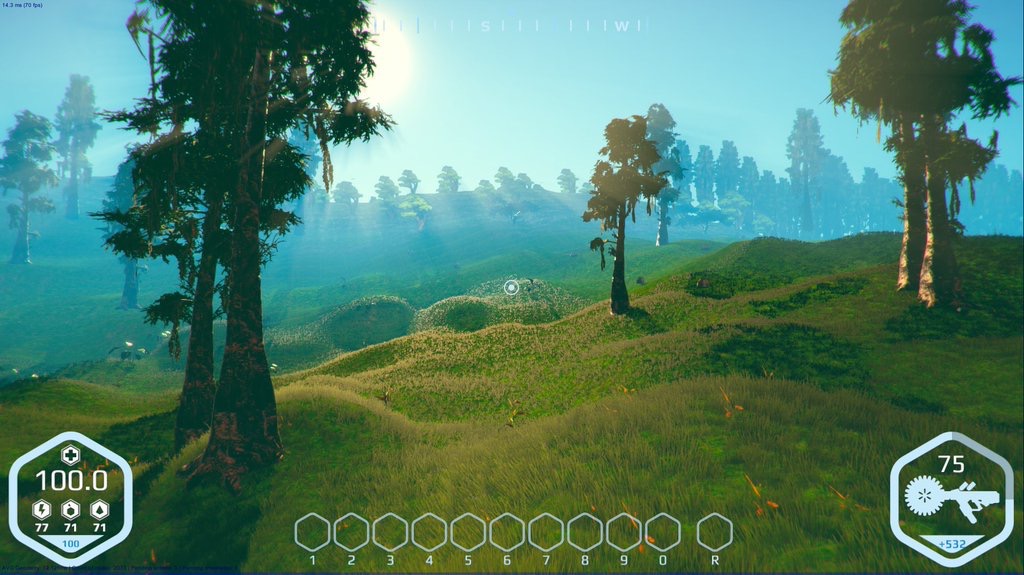 Our sincerest apologies in getting this week’s #screenshotsaturday roundup post out a little later than usual. We were initiating Project: Spring Cleaning, and were up to our ears in detergents and chemicals. This overwhelming fumes prompted us to pass out until today, and we awoke to find our hands on a keyboard mid-post.

Anyhoo, here are great games that people were showing off, so please understand.

Rogue Process is a futuristic cyberpunk GTA themed retro pixel side-scrolling game. All those words together make me happy.

COLUMNAE aims to capitalize on a mix of steampunk and point-and-click adventuring. It’s the silhouetted cutout aesthetic that grabs my eyeballs, reminding me of European puppet cartoons of the 70s & 80s.

Angry John is up next, sporting some arcadey action with a sort of pulsing pixel aesthetic. Poppy colors make it easy on the eyes.

I don’t know what Planet Nomads is about, but holy moly is it ever pretty! And you can apparently pretend to be a lumberjack and knock trees over with vehicles, so that’s pretty neat.

Our programmer said he finished world objects. We weren't sure what he meant so he sent us this #screenshotsaturday pic.twitter.com/rEE3xpLbLN

Sometimes, just seeing others new to game design show off their projects is inspiring. Upon viewing Valeryi Savich’s Unreal Engine test, I want to load up the software and play around with it right away.

The Warhammer world is IMMENSE. Whatever the rights holders are doing, they should definitely keep it up. The latest game, Man O’ War Corsair, which is nearing release, is a naval warfare game set in the universe.

Dandara looks terrific. The Metroidvania genre is exploding in popularity with the inde developer community, and Dandara looks to add some new ideas to the mix. Rotating worlds, bosses that move in and out of the screen, and a rich backstory could bring this to the forefront.

There’s been a LOWREZ Jam going on that has spawned some really innovative uses of screen size — or lack thereof. This RPG might be one of the most unique.