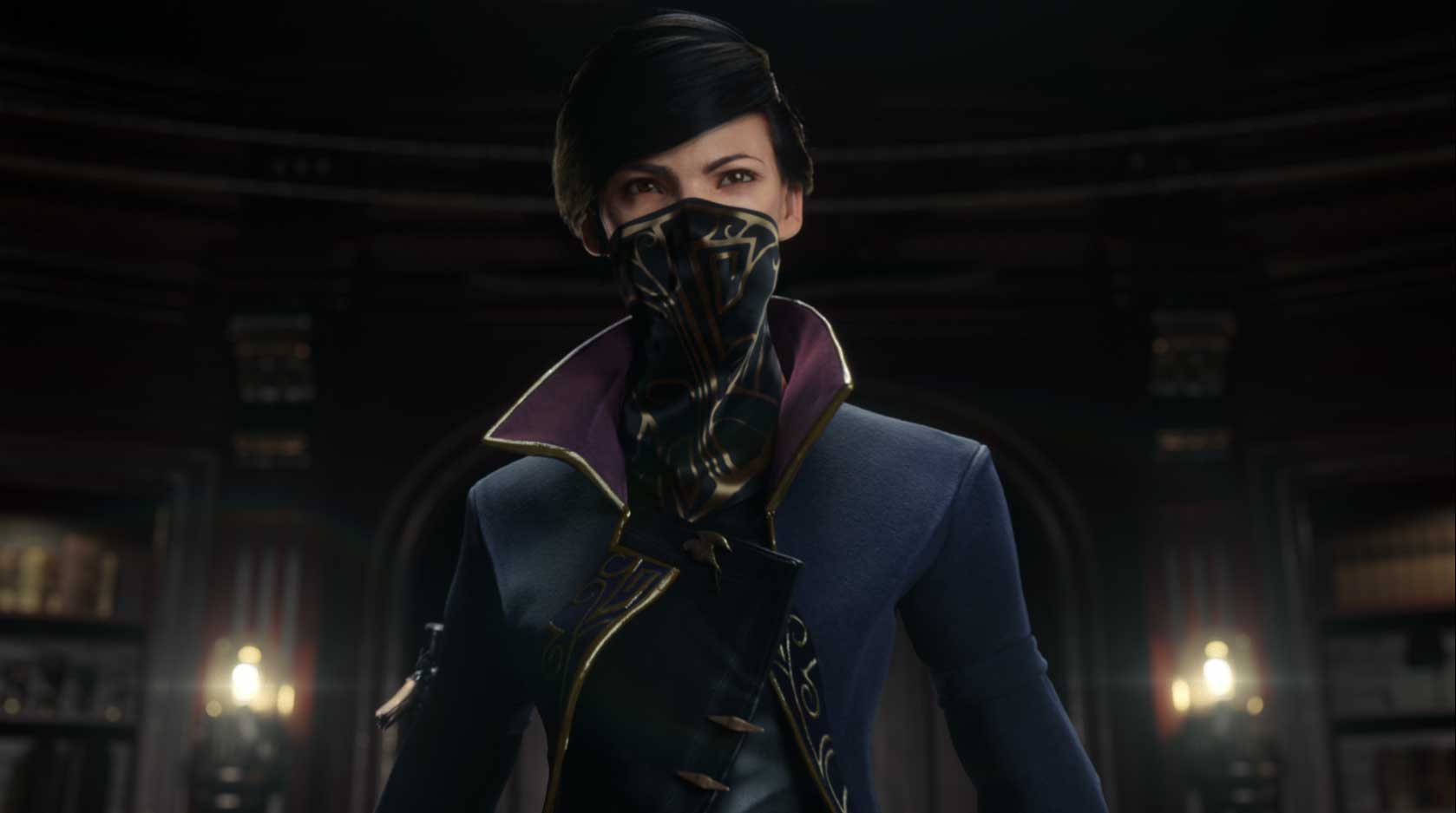 After the throne is usurped, Dishonored‘s protagonist Corvo Attano and his daughter Emily Kaldwin are forced to flee Dunwall. The story revolves around the duo uncovering the betrayal and reclaiming the throne. Players can flip between either character, allowing for more unique playthroughs. Not only do Emily and Corvo have their own narrative arcs, but they also come equipped with unique abilities.

All of Dishonored‘s acclaimed stealth and stabby gameplay unfolds in the lush setting of Karnaca. According to Arkane’s Harvey Smith, this new city is developed using the Void Engine–a unique engine designed to maintain Dishonored‘s trademark appearance and level designs. The goal with this new setting was to create a moving painting of a landscape, allowing for cinematic set pieces and levels that enable different strategies.

Emily’s brutal abilities proved to be the most striking moments of the demo. Her domino ability allowed her to link multiple enemies to a deadly effect; shadow walking turned her into a clawed, smoke-like entity, allowing Emily to toss enemies like rag dolls. In addition to these new skill sets, Dishonored 2 will also allow players to manipulate time to solve puzzles, and factions will determine outcomes in certain missions. All in all, this much-anticipated sequel looks to be building on the solid foundation established by its predecessor.