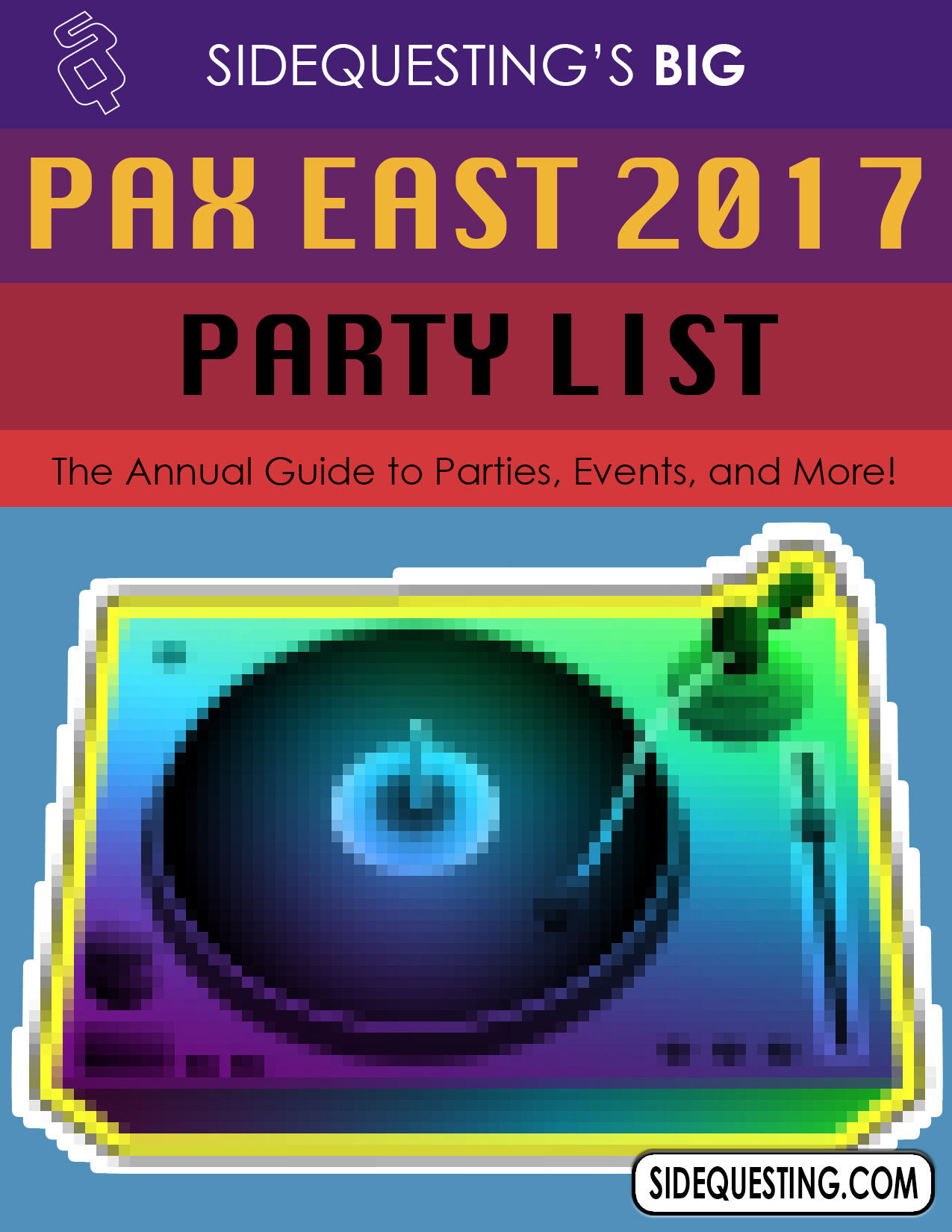 Wow, the parties have been coming in fast and furious! Or Fates and Furious? Who knows. They’re coming in, so we’ll just say that.

We have over two dozen events on the list, with just over two weeks left until PAX. Since a few are starting to sell out, you’d best get on your robot horses and grab tickets to any event you want to head to. Head HERE to see all the current events!

Special thanks to everyone in our PAX East Parties group on Facebook, as well as the admins: Becky, Jacqui, Dan, Bryanna, and Brian!

(Not affiliated with PAX Expos, Penny Arcade, or anyone else… just partying people). 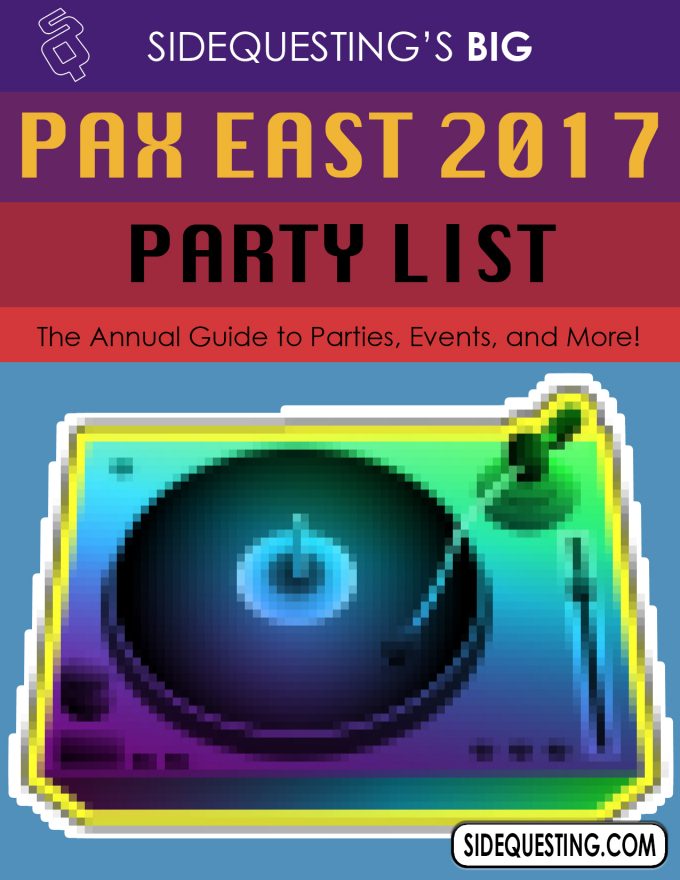