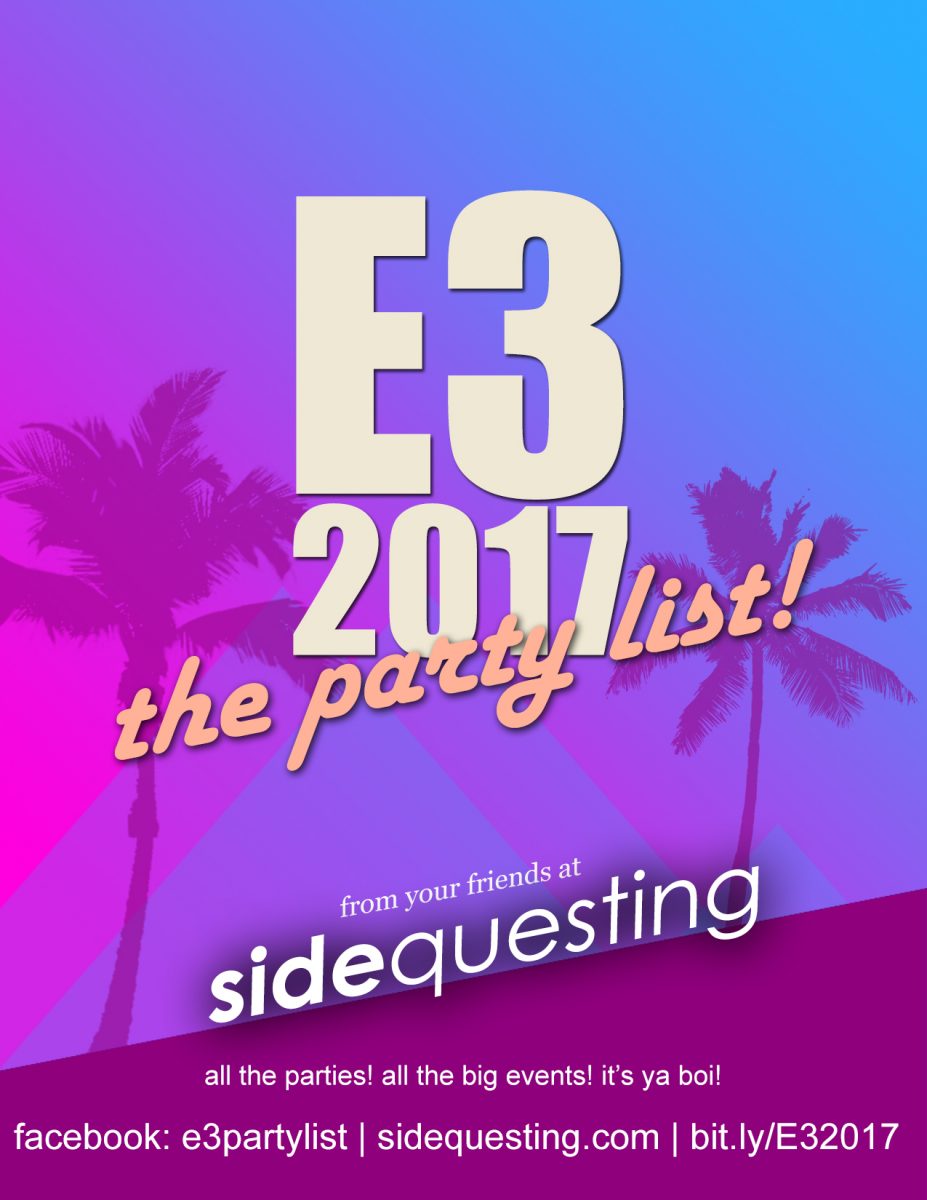 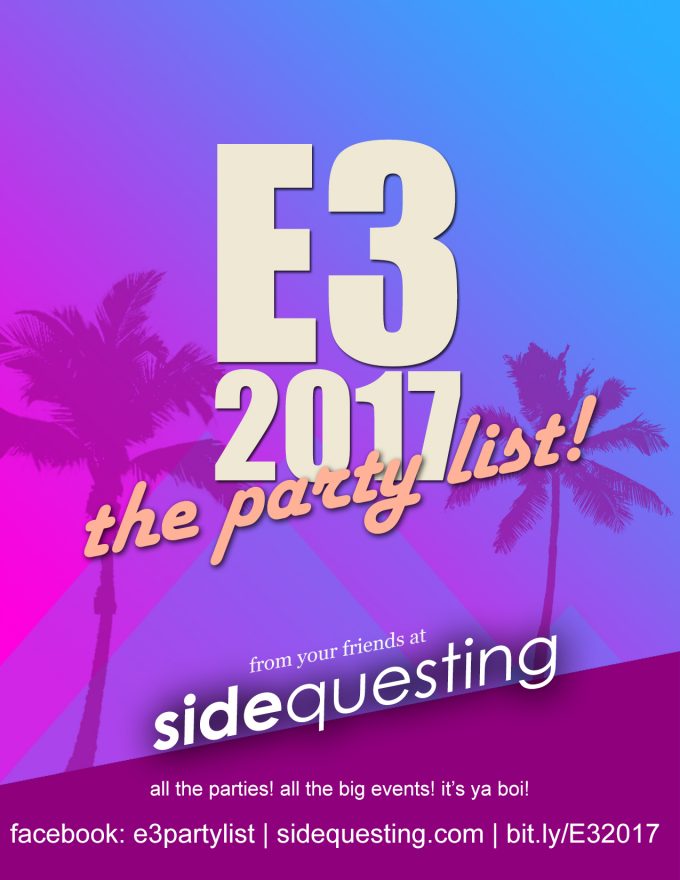 It’s that time of year again! E3 is coming up in JUNE and we have party details! Our annual guide to the big event is back again to fill you in on all the pertinent details.

Sit back, enjoy the list, plan your partying and we’ll see you there!

#GameAudioE3 meetup – 6:30-9PM @ Caña Rum Bar, 714 W Olympic Blvd, Los Angeles, CA 90015 – RSVP: Eventbrite – Info: This is for any dev and for anyone who is in the area, regardless of E3 attendance or not. Just a hangout for any devs who want to meet others and relax for the night. Have fun!

ARcade 8: E3 and Reaching 1.3 Billion People in VR – 7-9PM @ Upload LA, 4505 Glencoe Avenue, Marina Del Rey, CA 90292 – Tickets: $5-$25 Eventbrite | E3 badge holders get in free – Info: Paul Rothbein, organizer of ARLA, will share his insight about his month of research in China of the VR arcade scene. In addition, will have content with Oculus Touch, HTC Vive, and have a special focus of gaming content in honor of E3.

Hollywood Esports x MediaMation E3 Afterparty – 7PM-Midnight @ TCL Chinese Theatre, 6925 Hollywood Blvd, Hollywood, CA 90028 – RSVP: Eventbrite – We are hosting an “E3 After Party” at the TCL Chinese Theatre to celebrate our new venture into the world of competitive gaming. A E3 badge or VIP ‘Golden Ticket’ will be required to enter.

GameDevDrinkUp E3 Party 2017 – 6-9PM @ Bar Clacson, 351 S. Broadway, Los Angeles, California 90013 – RSVP: Facebook – Info: Join us for our annual E3 party at The Slipper Clutch and Bar Clacson in downtown Los Angeles! It’s a great way to close down the show and meet up with your developer friends from across all the DrinkUps! First come first serve.