Tom Brady has been in the NFL for 17 years. He’s won multiple SuperBowls, MVPs, Pro Bowls and married a super model. It seems like he’s done it all. Well, almost everything. The Golden Boy has never been on the cover of Madden. Well, he finally will with EA Madden NFL 18. This is not his first NFL video game he was featured on as he was the cover athlete for NFL Gameday 2003, but this is the first with a G.O.A.T (Greatest Of All Time) Edition. 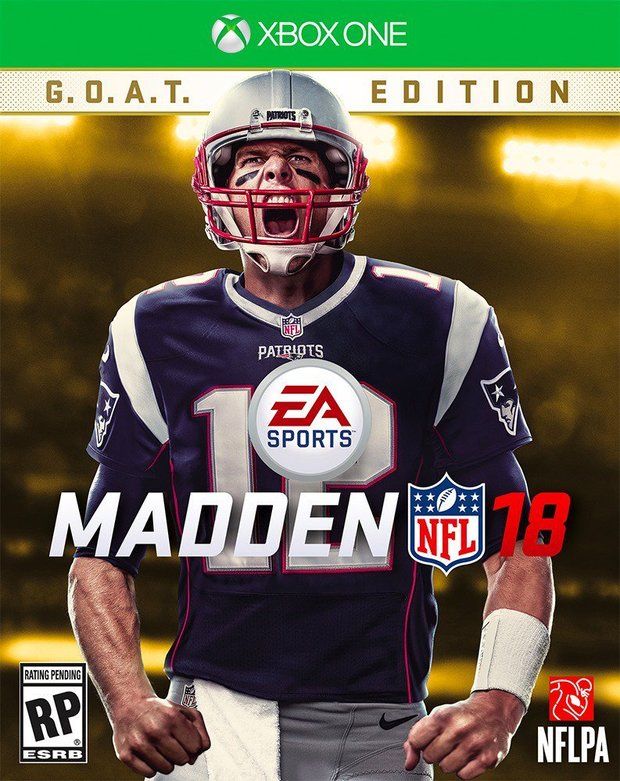 If you are a New England Patriots fan, you might be a bit worried because of the infamous Madden Curse that seems to effect players the season they are on the cover of the game. Tom Brady is not worried at all.

“The Madden NFL 18 cover is a great honor for me,” said Tom Brady. “Especially since I have been playing the game since growing up next to EA headquarters in the Bay Area. I’m not one to believe in curses, so I’m ready to take the challenge head on like always! It doesn’t stand a chance!!!”

This is the first time that the Madden featured teammates in back-to-back covers as Madden 17 featured New England tight end Rob Gronkowski.

Tom Brady is one of five G.O.A.T. options that players will get to pick, joined by Barry Sanders, Ray Lewis, Deion Sanders and Jerry Rice.

Madden 18 is due this Fall.