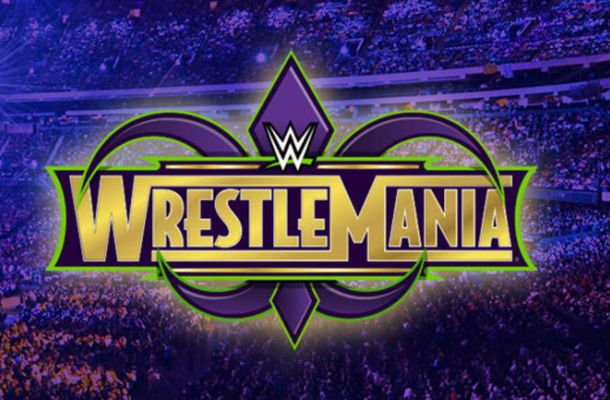 The Hype Train for WWE Wrestlemania is at full speed! The Super Bowl of the WWE is Sunday and I haven’t been this excited in quite a few years. There are a lot of matches that I am truly excited for. With that said, I’d like to predict what will happen for each. Sometimes I may be right, but mostly I will miss the mark. At least I tried! Instead of going through every match, let’s highlight some of the biggest ones.

*Disclaimer: These thoughts are my own and do not reflect the rest of SideWuesting’s wrestling fans. I will also not touch the Kickoff Matches, because who would?*

Alexa Bliss vs. Nia Jax for the RAW Women’s Championship:

I believe that Nia Jax will win this match. It won’t be that simple as Mickie James will probably try and interfere, but I believe this will backfire on Alexa. James will likely try and hit Jax but miss, hitting Bliss instead and leading to a Jax win.

Sheamus & Cesaro vs Braun Strowman with a partner of his choosing for the RAW Tag Team Championship:

First off I think this match is really funny booking to begin with. Braun with an unknown partner for the the title has been a interesting storyline. There may be a lot of rumors about who his partner is, but lucky for me I do not read those kind of stories. I do believe if there is one person that Braun could bring in to be his partner it would be Big Cass. Cass has been sidelined due to injury and to add him to the tag team title match would be a great way for him to come back. The reign doesn’t need to be long but it would be fun to watch two big men having the Titles.

Randy Orton vs Bobby Roode vs Jinder Mahal vs Rusev for the United States Championship:

As much as I would love to see Bobby Roode recapture the US Title, Rusev is RED HOT right now! Rusev having the US Title would be great not only story wise but the fans would love it because everyday is Rusev Day!

The Miz vs Seth Rollins vs Finn Bálor for the Intercontinental Championship:

Love or hate The Miz, you cannot say he has not been doing a great job of making the IC Title mean something again. For me this match is REALLY hard to predict because everyone would be great holding this title. But, if I have to give it to one person, it would probably be Finn Bálor for the sole purpose that he can use this title reign to prove Vince once again that he is a title worthy wrestler. I also really hope that Bálor comes out as The Demon King, because the heat he brings as the alter ego is perfect for this big of an event.

Charlotte Flair vs Asuka for the Smackdown Women’s Championship:

Do you really think that the WWE would allow Asuka to lose her first match at Wrestlemania? Well, maybe! They may just to try and bury her a bit and have her go on a small losing spree, which would suck a lot. Then again I would love to have Asuka win the title and move over to Smackdown Live, where she would definitely shine more than on Monday Night RAW.

The fact that Daniel Bryan has been medically cleared to wrestle again is a dream come true for ALL of wrestling. I think what will happen is somehow Shane will get Kevin Owens and Sami Zayn to turn on Bryan because of their recent history of disagreement. This will return Daniel Bryan to the ultimate baby face that he is.

Team Kurt Angle and Ronda Rousey will win this match. Ronda will show off her strength on both Triple H and Stephanie McMahon during the match. Having Rousey teaming up with Angle is a great idea, but I still believe it’s way too soon for her to have a match of this caliber as her first one. But she could prove me wrong at ‘Mania. We shall see.

AJ Styles vs Shinsuke Nakamura for the WWE Championship:

If these two produce even just half of what they did at Wrestle Kingdom 10 when they were at New Japan Pro Wrestling, I will be extremely happy. I believe Shinsuke will win this match and to keep the feud going for a while.

Brock Lesnar vs Roman Reigns for the Universal Championship:

As much as I do not want Roman Reigns to have the title again, we cannot have Brock continue to be a part-time Champion, because watching a PPV without having a title match sorta seems… pointless. With Reigns holding the title it would open up more doors for story lines to develop.

*Bonus* John Cena vs The Undertaker: