Everyone loves a good spy thriller and the shadowy organizations they portray. If you have ever wanted to play as one of these organizations, trying to solve a conspiracy that could lead to the cold war turning into a hot one, Phantom Doctrine is that chance.

Set in 1983, players command an organization named The Cabal, guiding it and it’s agents through missions and intelligence work in an effort to stop a conspiracy attempting to pit world leaders against each other. Commanding the Cabal will challenge even the most veteran gamer, making them balance their efforts across multiple fronts. 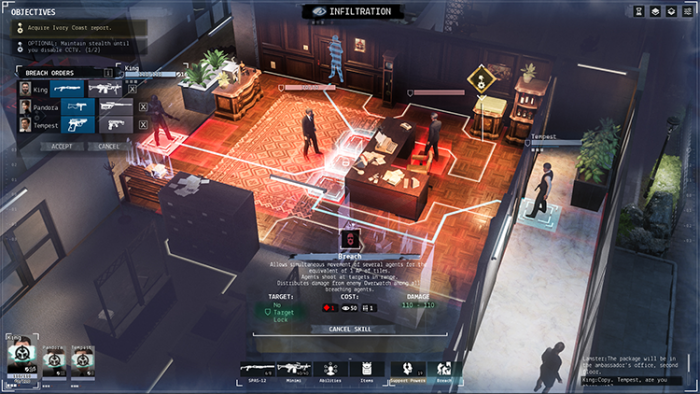 The first most identifiable front might be the tactical missions. The missions play out similarly to how a lot of modern tactical games like X-Com do. Players take a turn of actions with their agents, and then the enemy takes a turn. Of course there is multiple ways Phantom Doctrine separates itself from other games in the genera, like allowing you to set overwatch in a specific direction, blocking off exits for enemy retreat or making it impossible for an enemy to advance in an area without being blasted. During my demo, it was also emphasized that stealth was more important than in other games. You are taking secret agents into these missions after all, and you don’t want their cover to be blown. 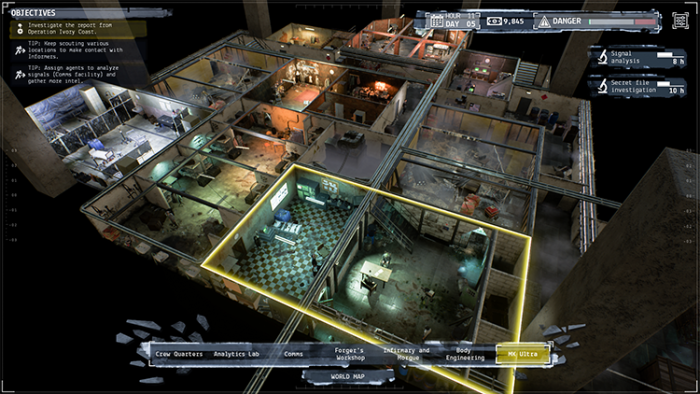 Speaking of your agents, developing them alongside your organization’s headquarters is an important facet to being successful in missions. Training your agents is one thing, but what about capturing and turning rouge ones? Maybe one of your agents has too much heat on them from being reckless out on assignment, and they might need surgery and documents to give them a new identity so they can still work out in the field. Any good shadow organization needs a way of making money, and counterfeiting might be how you go about doing it. These things and more are offered through the facilities you can build in your HQ. Managing the HQ is almost like a little business sim within itself, and the ways in which you choose to expand it will adapt how you play missions and what sort of intelligence you can gain on the enemy. 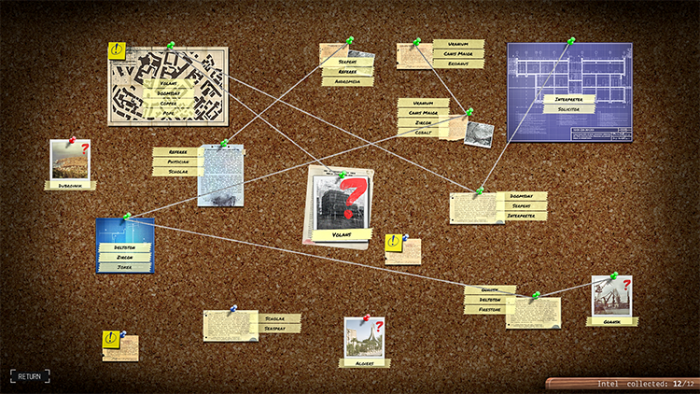 Of course intelligence is the name of the game for the cold war. Hiding what you’re doing while also trying to figure out who the enemy is and what they want is at the core of Phantom Doctrine. Like any good police board or conspiracy theorists crazed theory wall, players will have to pour over intelligence they find in missions or where to make connections and infer what is afoot. Maybe a gang is behind whats going on, or maybe they are just the suppliers for a smaller, but more lethal group. Finding more intel is a great way to keep players invested in Phantom Doctrine. That’s not to say that the game isn’t repayable. It will feature two different stories from the start of the game with a third playable after a first play through.

Those interested in running their own organizations in Phantom Doctrine won’t have to wait very long. CreativeForge Games is hoping to have the game out by the end of the summer on PC, PS4, and Xbox One.