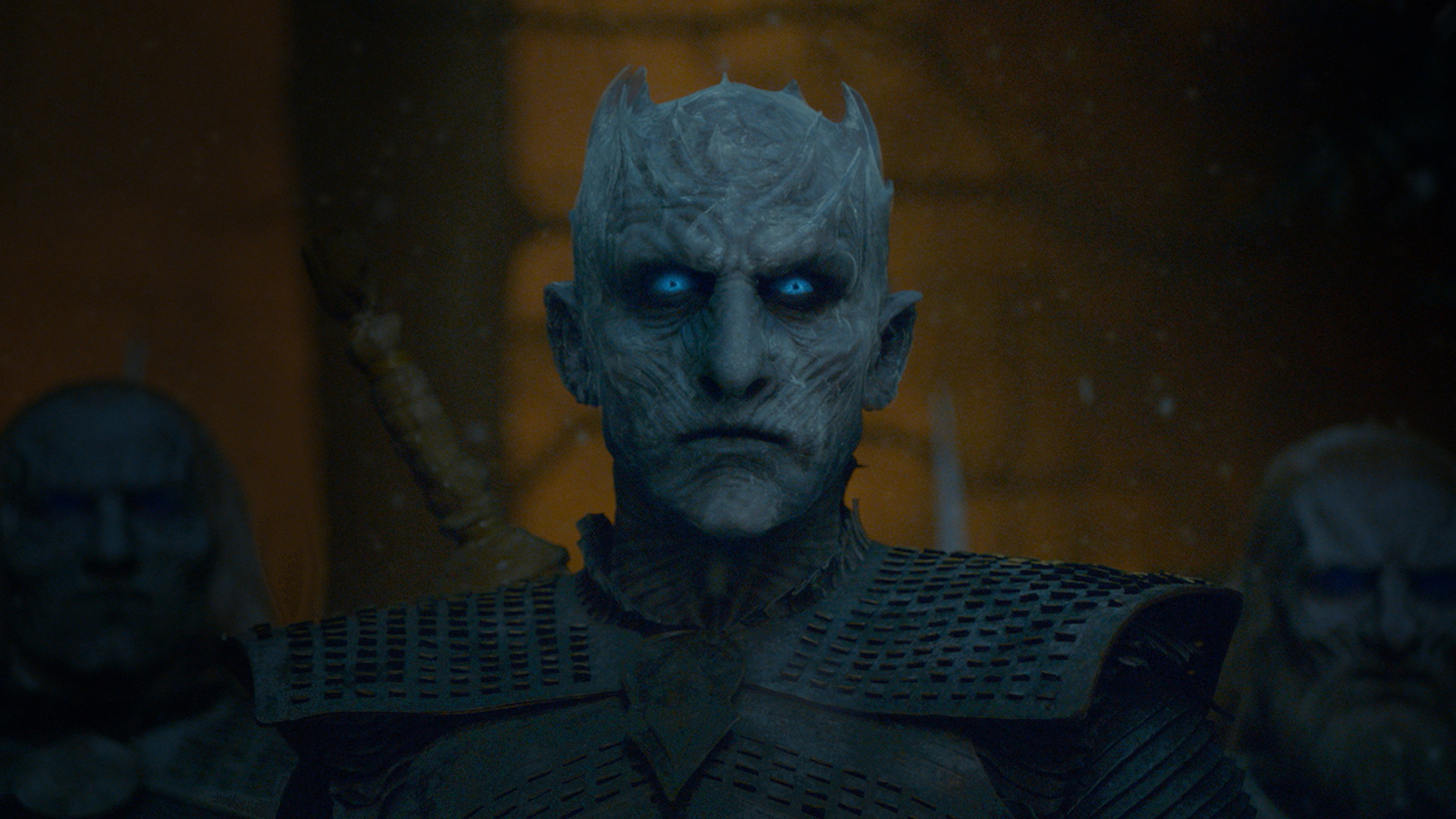 **WARNING Spoilers ahead and throughout! **

After years of build up, we finally got the payoff we deserved. The Battle of Winterfell and the Great War between the Living and the Dead has taken place, and it was an incredible sight.

I’ll stick to instant reactions, thoughts, and things I noticed this ep, and update this as more pops in and people tweet at us.

Firstly, my TV couldn’t handle all the darkness of the scenes, and I’m seeing reactions that it wasn’t just me. GoT needs to shoot with a little more light, please. At least the sound and score was epic. The piano was magnificent.

The opening scenes continued that growing fear from A Knight of the Seven Kingdoms; the dead are coming, we’re never going to be ready, and we probably won’t make it. We make our final stand here. The sense of foreboding grows more and more as the thunder and blackness of the dead starts to roll in.

Perhaps what painted even more of a picture of this oncoming storm was the wave of fire — the flame-lit swords of the Dothraki as they went headfirst into the dead — and the wave hitting a wall of blackness, flames dissipating and flickering out like the Living’s hope. These were the greatest fighters in the world, and they were wiped out instantly.

As Dany and Jon fly the dragons towards the dead, they’re met with a new northern Wall: an actual wall of Winter that hits like a hurricane into Winterfell. The dragons hate it, but wow do we luck out when we get some incredible scenes of the beasts emerging above the clouds into strange and uneasy calmness.

Nothing seems to be working to fight off the dead. Not fire, not dragon glass, and not the walls of Winterfell, as everything is crumbling.

Lyanna Mormont, one of the fan favorites of the last few seasons, absolutely gives her all, sacrificing herself to kill a giant. Amazing. She’ll be missed.

I’ve been a fan of getting Sansa and Tyrion back together, since they seem to be respectful of each other. In the crypts they actually share a few moments, talking about marriage and survival. Tyrion finally does more than just drink, grabbing her hand, kissing it and running with her away from the “safety” of the crypt. (I think we’ll see their respect turn into affection going forward.) The crypt’s safety was rammed into our heads all last week, so we knew it wasn’t really a good place to be. And, sure enough, the Night King raises the dead, including the Kings of Winterfell, who take out the living that were hiding there. Part of me is hopeful that Headless Ned was behind some of the bones that came alive.

For the majority of the episode, Jon is pinned down, just trying to make it to Bran in the Godswood but stuck one way or another. First it’s in a big ole dragon fight, which wasn’t the greatest of all time, to be honest. Then, he crash lands right in the middle of a Night King death resurrection. Then when he makes it through that he’s stuck waiting for the undead Viserion to chill the hell out with fireballs. The Jon v Night King battle never happens, but that’s okay. We got the one we wanted.

This was her episode, from the start to the finish. More than anyone on the show, she trained to know Death, how to avoid it, and how to bring it to who needs to die. Her ability to remain quiet in the library is a direct result of her training, and allows her to escape (barely). The two-part weapon that Gendry made her — a split pike that houses the infamous Bran-killing Dagger at one end. “What do we say to the God of Death: ‘not today’.” Those are similar words to what Syrio told Arya way back in Season 1, and it comes back full circle tonight.

Theon fights off the dead protecting Bran in the Godswood, until the Night King shows up, then takes the last stand protecting him. The Night King is about to take out Bran, until OUT OF NOWHERE Arya leaps toward him. (The White Walker side eye was a nice touch.) The Night King grabs her mid air, which she’s planned for, dropping the dagger from one hand down to the next, stabbing it into the gut of the Night King and ending the Great War.

A refresher: this is the same dagger that Little Finger planted on the assassin to kill Bran, which sent Catelyn Stark to Winterfell and set off a series of events that helped drive the world together towards a common enemy. The same dagger that essentially started this whole mess comes back full circle to close it out.

Stick them with the pointy end.

Let us know your thoughts below, and we’ll engage in as many conversations as we can.