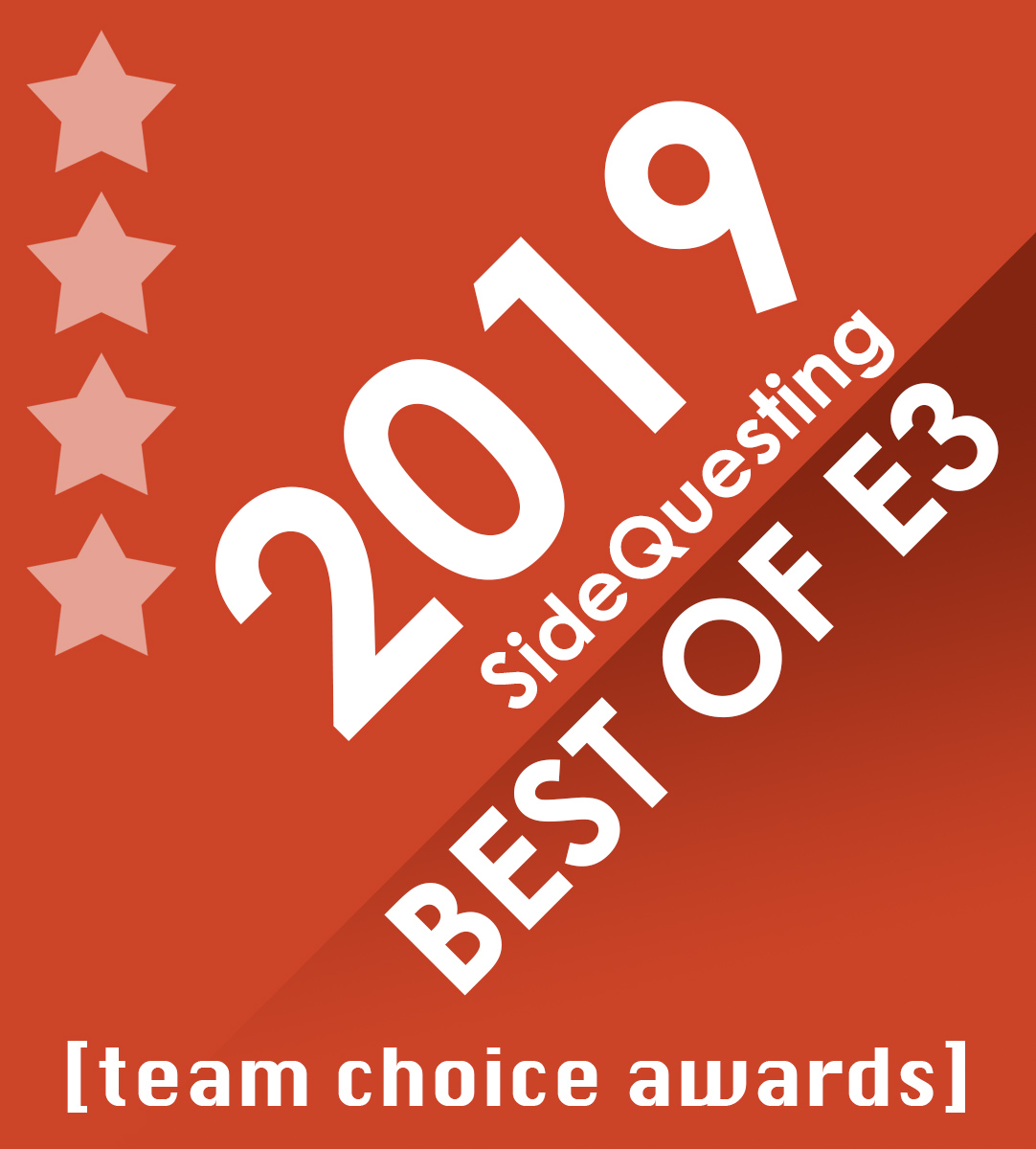 As E3 2019 came and went, we were left wondering about what the coming years ahead would bring for gaming: New consoles. New VR headsets. New indie gems. New AAA blockbusters.

Thankfully, many of the questions we had were answered, at least on the gaming side. We’ve polled the team, banged our heads together (figuratively) and selected our favorite games from the show. These are the BEST OF E3 2019. Enjoy!

Obsidian is killin’ it with their particular style of RPG. People keep throwing in “it’s Fallout in spaaaace,” but it feels like so much more than that. The writing and humor are spot on, and the lush environments and visuals are enough to knock a few of those stars out of the sky. Look for the game to arrive this October for PS4, XBox One and PC.

We know, *another* Call of Duty. But hear us out on this one: the multiplayer is shaping up to be stellar, and the pacing of the game is different enough from its predecessors that it could finally, FINALLY bring a new feel to the series. Coming this October to PS4, XBox One and PC.

Bethesda’s DOOM games keep getting better and better, and Eternal looks like it might very well be angling for much more than what we’re used to in a game from the series. New weapons, new modes, and JUST LOOK AT THOSE DEMONS. Coming to PC, Xbox One, PS4 and Switch this November.

To say that we’ve been waiting for this game for a long time is an understatement. CD Projekt Red is a master developer of RPGs, and we’re excited to see how the post-Witcher era of their type of genre bangs out. And Keanu is in it, so we’re there. This one is hitting PC, PS4 and Xbox One in April 2020.

The more we hear about the game, the more we’re really digging it. While most of the streams and marketing have painted it as a sort of Uncharted in the Star Wars universe, it really plays more like Metroid, having us unlock Force powers that we use to open new (and old) areas.

GOOIGI. We have a new hero in the Mushroom Kingdom, and we’re stanning for him like crazy. The green, water-soluble partner to Luigi adds a whole new element to the game in terms of both puzzle solving and multiplayer. And it helps that the game actually looks pretty fun and wonderful.

It’s finally happening. One of the games that we’ve felt has been in limbo for eternity is actually (probably) going to be out before the next E3 hits. Well, some of it will be out, since the first of what looks like a multi-part remake will take place exclusively in Midgar. But hey, look how fantastic everything looks. It’s stunning, and it hits the art and battle styles that we want. And Tifa. TIFA! Coming March 2020 for PS4.

It’s weird to call a sequel to a multi-million selling series a “sleeper hit,” but sure as heck the newest Watch Dogs game looks like it’s coming out of nowhere to give us an interesting, fresh experience. It may carry some of the gameplay of its predecessors (in the action and combat, at least) but the added mechanism of being able to hop into and recruit NPCs, figure out their backstories and give them classes to work within seems like it could be a lot of fun. Look for it on PS4, Xbox One and PC in March 2020.

We didn’t get any gameplay for this game, but Tango Gameworks definitely left us with a great thematic impression for what GhostWire Tokyo is about: supernatural assassins duking it out across a massive city while crazy things start to happen. YES, PLEASE. No release date for this one yet.

BONUS Hype Train: The Legend of Zelda Breath of the Wild 2

We love shock reveals, and Nintendo may have given the biggest one of the show when it revealed that it was working on a direct sequel to its stellar Breath of the Wild. This one looks a lot darker, and may even hint at a playable Zelda, so we’re all in for this — whenever it arrives.