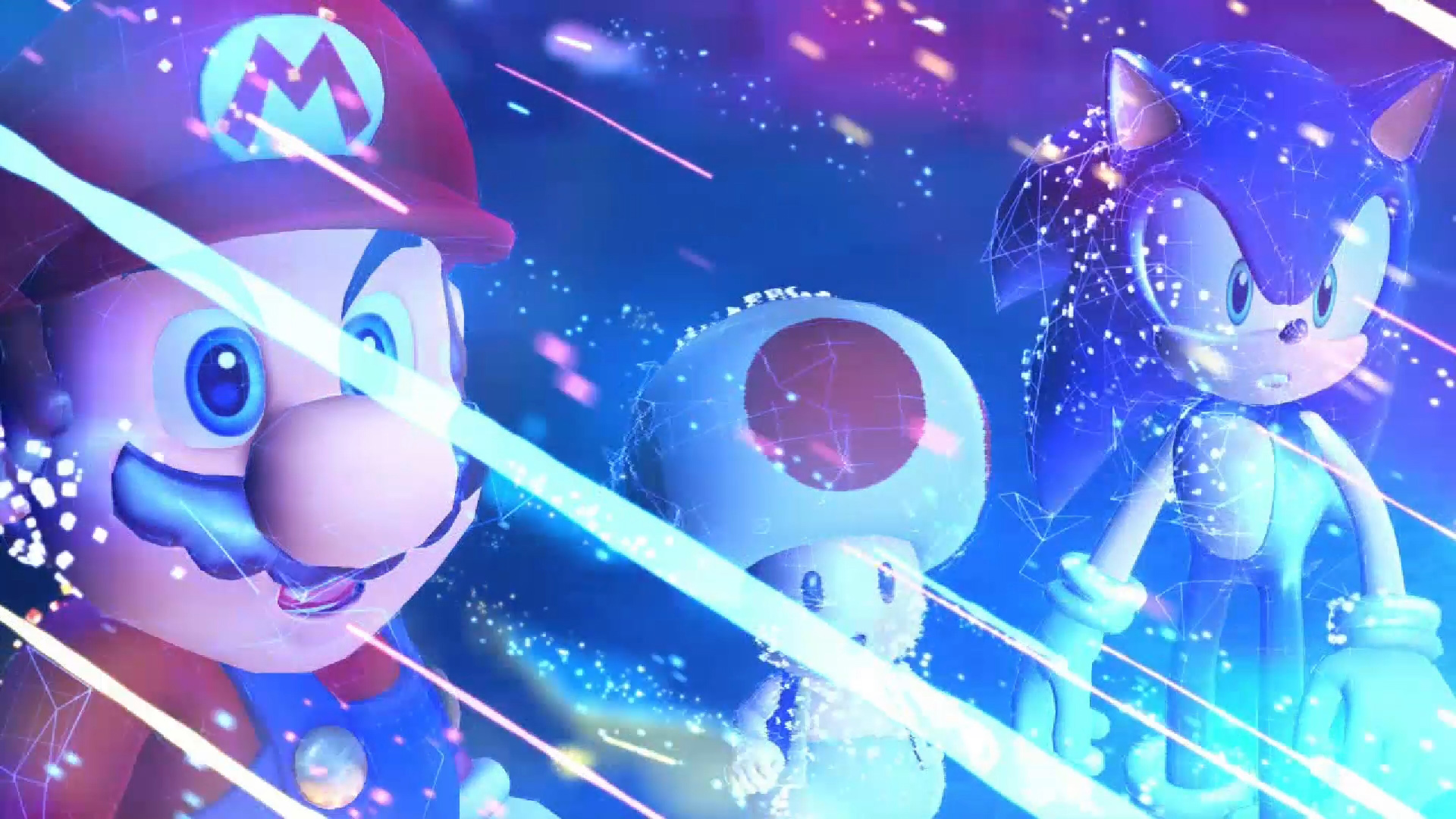 Mario & Sonic’s Olympic games outings have become a sort for mainstay for Nintendo systems. They’re a dream pairing of two of gaming’s icons, and have led to a decent amount of variety in their sports outings. First appearing on the Wii, the series continued through the DS, Wii U, 3DS, and now finally landing on the Switch. While the lead up to the launch may have been the most solid of the series, sticking that landing may turn out to be a little less certain.

Mario & Sonic at the Olympic Games Tokyo 2020 is certainly a mouthful to say, but the game itself may not have as much substance as that title.

Like any decent party game, the experience gives us both single-player and muti-player modes,  but the focus seems to be geared towards its new story mode. Set in a split between the 2020 and the 1964 Tokyo Olympics, the mode has Mario, Sonic and crew jumping between the two eras as they work to defeat the evil team of Eggman and Bowser. Novel in concept, it certainly has its charm; the story progresses as the characters move around on dual overworld maps, hopping into arenas that appear in both the modern era, presented in polygonal 3D, and the past, portrayed in retro 2D pixels.

But that novelty wears off, and it’s due to some unbalanced design choices.

As areas open up, we’re tasked with taking on other characters in Olympic events, recruiting many of them or obtaining important items. The events are on the easier side, as the computer sets the bar really low for defeat. In one of the races, I had to outrun an opponent as Luigi. I tapped the wrong button for a boost off of the start, and after falling behind quite a bit, a few taps of the A-button and I was crossing the finish line in first place easily. And those actual events are often far apart. In between the short tastes of an Olympic sport, we walk around the city for five minutes finding the right person to talk to, hindered by slow animations and a lot (A LOT) of talking. It almost feels like an NFL game with 5 minutes of action and 3 hours of waiting for that action.

In fact, the game feels like it takes place DURING the Olympics instead of AS the Olympics. With such an emphasis on telling us about Tokyo, it’s easy to forget that we’re there to experience sports. The sad part is that I really like the writing and the characters, even without Mario & Luigi talking, and even through the excess conversations, and the jumping between eras in a story like this could be really enjoyable,  but there just seems to be long, long stoppages of play between the activities.

Couple this with the fact that there’s no other actual competitive Olympics mode is disappointing. Outside of the story, which there isn’t really a need to go back to after completion, the game’s only other modes, multi or single player, are presented as a wall of events to select and play one at a time. There’s no keeping track of total wins between friends, no custom Olympics or tournament, no way to track how our play session is going. They’re just there, unlocked and ready to go, a la carte. It comes off like a minigame collection rather than an actual Olympics.

Thankfully, though, the meat of any sports game is in the actual sports. The variety of 34 events is enjoyable, with track and field and swimming being standouts. The retro sports shine the most, because they’re so pure in concept and easiest to control, baked in nostalgia and mimicking the 4 button layouts of the past. The regular/modern sports can actually require a bit of a finger juggling, as they can be overly complex and very different from event to event. Switching my brain from swimming to the long jump took a minute or two to click. The dream events are a lot of fun, surprisingly. They sort of push the Olympics into the future with wild battles and minigames, even mixing in some Mario Kart and Sonic Racers ideas.

Of all of the events, the retro diving and long jump, the modern swimming and canoeing, and the dream karate stand out as some of the most fun I’ve had in collections like these.

I want to really love the game, because what’s there in concept is intriguing, but the execution isn’t. The visuals feel rushed — characters we come across have the same looping animations on static screens when they’re chatting, the textures and polygonal work feels hollow, and the venues we go to are nothing more than small rooms with a bunch of obstacles preventing us from exploring. There are even achievements, but we don’t know what they are until we unlock them, appearing as just question marks with no explanation to guide us.

Mario & Sonic at the Olympic Games Tokyo 2020 has some interesting ideas, and the sporting events, especially the retro ones, can be a lot of fun. It’s just a shame that there’s not much else beyond a lot of filler where there doesn’t need to be.

This review is based on an eShop code for the game sent to SideQuesting by the publisher.