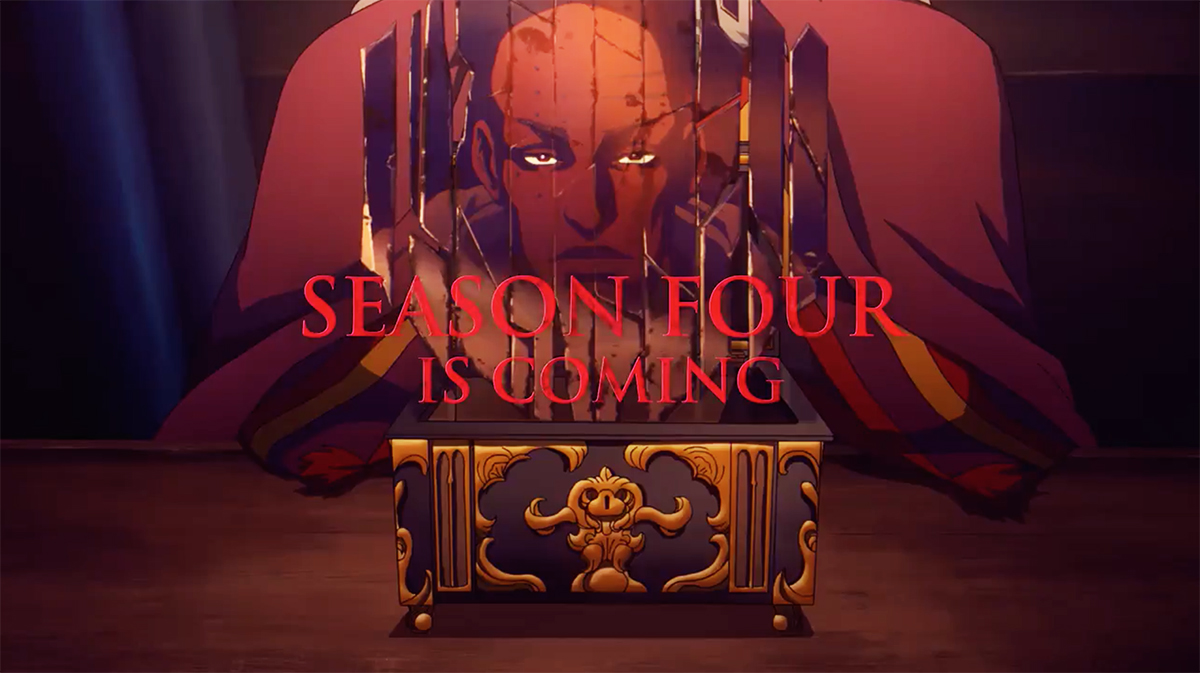 Dracula keeps being reborn, we guess

People seemed to really like Season 3 of Castlevania on Netflix, which just debuted on March 5. Well, those fans (and others) will be happy to know that the series is already confirmed for another season.

Netflix announced the news on Twitter, using an animation of “Sir Mirror” revealing a quick video featuring character Isaac. No date was announced, but if the note was this early, we can’t imagine it would be too far away, eh?