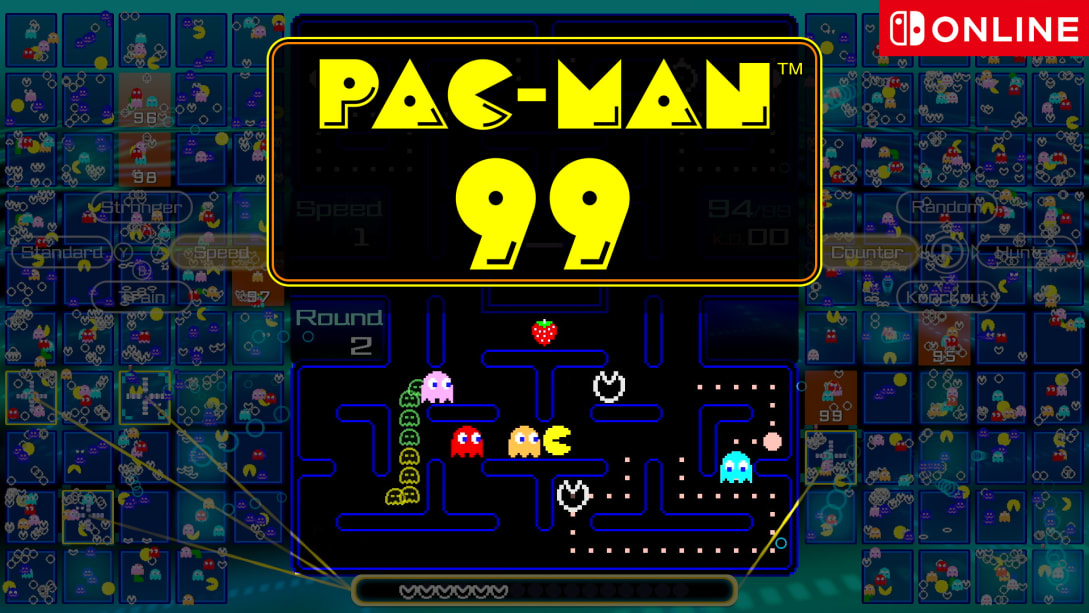 Nintendo has announced the successor to the now dead Super Mario Bros 35 (RIP): Pac-Man 99. The pellet-chomping pizza-shaped dude, who has appeared in games across platforms and generations, is the next to take the reins of the battle royale genre.

The game will pit 99 players against each other on Pac-boards as they chomp and avoid ghosts, sending “Jammer Pac-Man” to the others. These obstacles will slow down the action, making players susceptible to ghosts. Players can use different power-ups and take on specific enemies as they try to be the “Pac-One” at the end.

The game will be a free download, but will also include a $29.99 option for additional themes, which could be purchased individually, and another option for the base unlocks of the game (password-protected rooms, battle modes, etc). It’s a considerably bigger product than the previous two battle royale iterations that Nintendo has hosted on its service, but that could be because it seems to borrow from Namco’s Pac-Man Live Studio project, which was announced last year but never released.

There’s not much time to wait to see it in action, as the game will arrive on April 7th on the Switch.