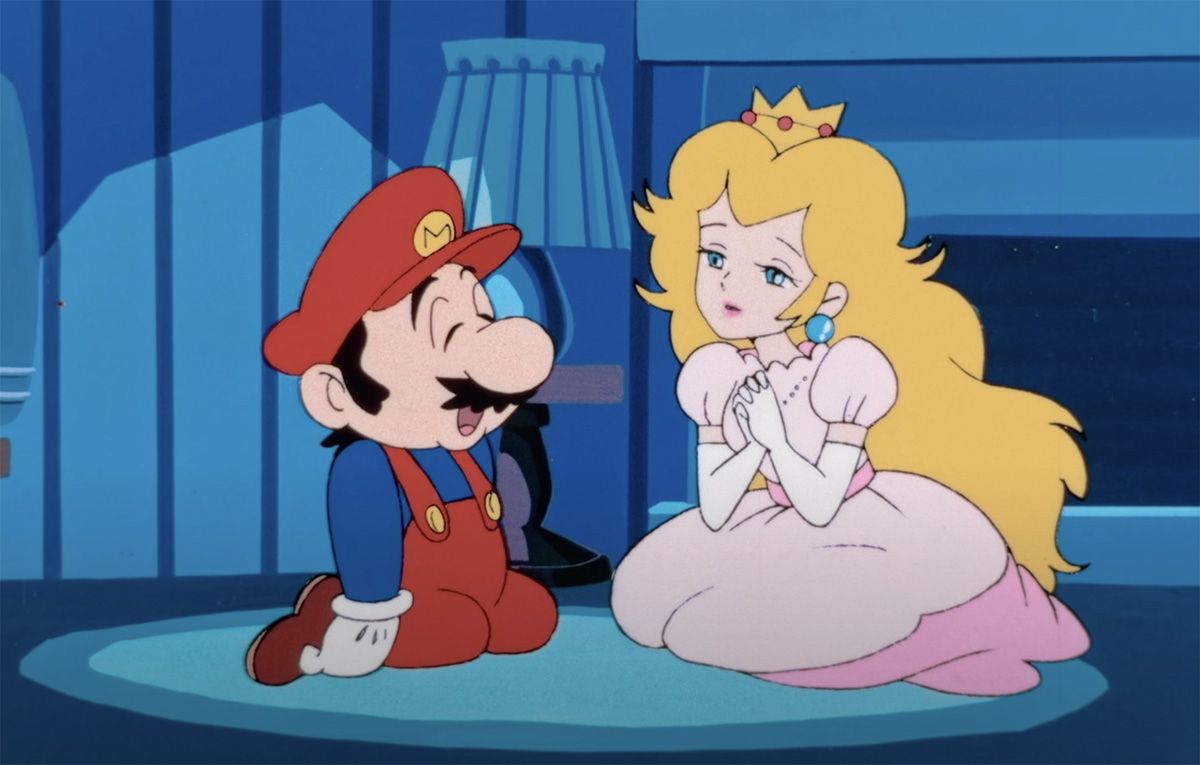 The Super Mario Bros Super Show cartoon aired in 1989, and brought along with it some incredible memories and memes. Even though it wasn’t the first appearance of Mario on our screens, it was certainly truer to the form. But Japan had something in between the two shows, airing a special anime movie in the region in 1986.

Super Mario Bros.: Peach-Hime Kyushutsu Dai Sakusen!, translated to Super Mario Bros.: The Great Mission to Rescue Princess Peach! in the West, is one of the first real-ish uses of Mario in animation. In the video, Mario is playing his Famicom late into the night when his screen is overrun by Princess Peach trying to escape from kidnappers. She manages to somehow leap out of the screen, as is very normal in cartoons, and bring Mario and Luigi into danger along with her.

It’s interesting to note how this is one of the first views of Luigi as the taller brother, while at the same time he’s wearing blue overalls instead of his trademark green.

Anyhoo, it’s an hour long trip down a weird lane, remastered by fans in 4k, but may be worth it as we wait for the next true animated movie to come to screens.