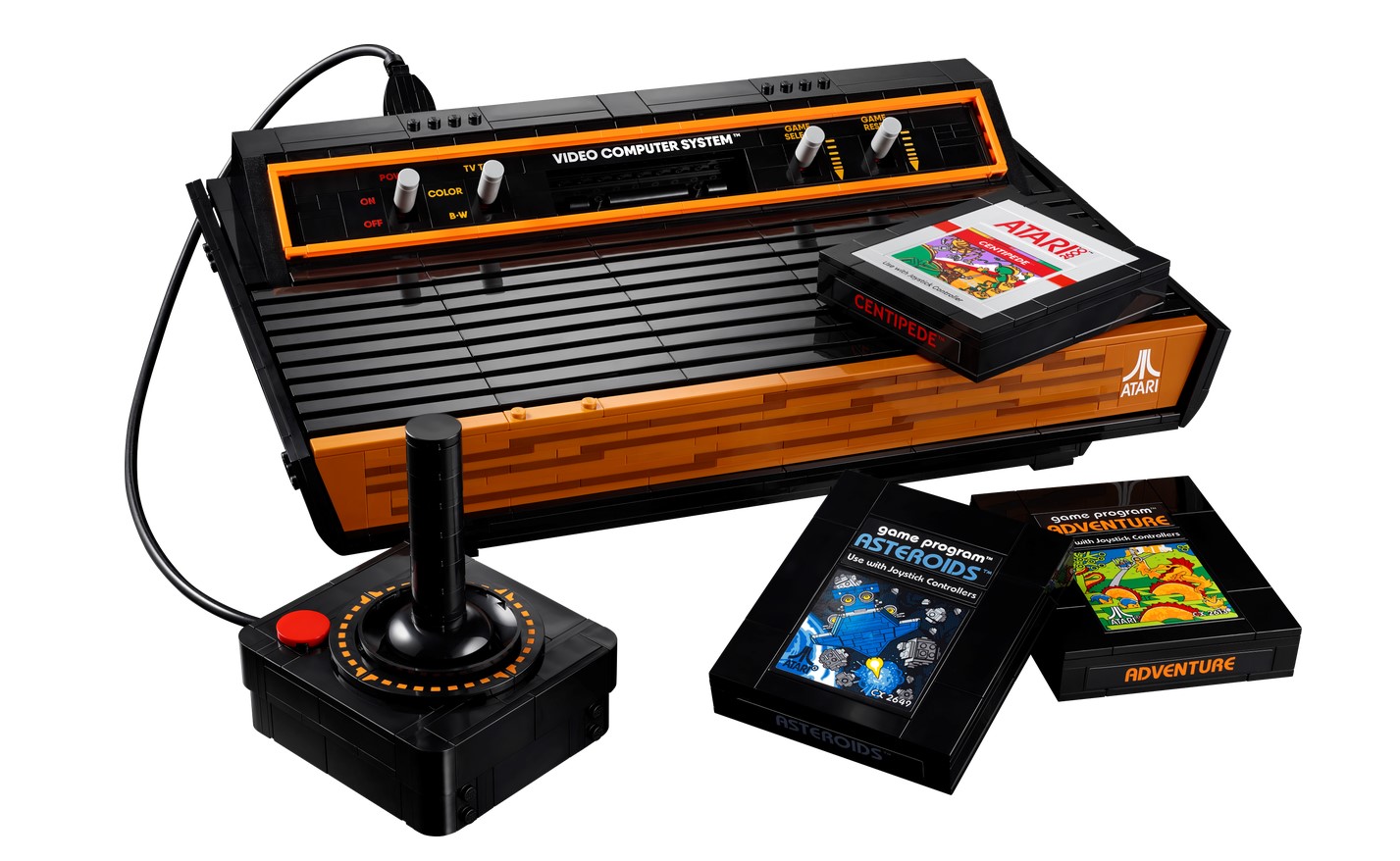 And I was saving for my kid’s tuition! OH WELL.

Now they’ve done it — Atari finally has a console that I want again. Teaming up with LEGO, the company has revealed a brand new 50th Anniversary LEGO Atari 2600. The build 2532 pieces strong, with the console, wired controller, and three carts in tow. In fact, the console itself even has faux wood, functional switches, and a pull out drawer that serves as a base for a scene depicting a dude in their living room playing Atari. Neat!

The build also comes with 3D vignettes for each of the three game carts — Asteroids, Adventure, and Centipede, and a cartridge case.

It’s a lot of stuff to build in celebration of the company’s life, but that comes at a price. The set will cost $239 when it launches on August 1st on LEGO’s website and in LEGO stores.

Or, it costs about one-sixtieth of a semester’s tuition.