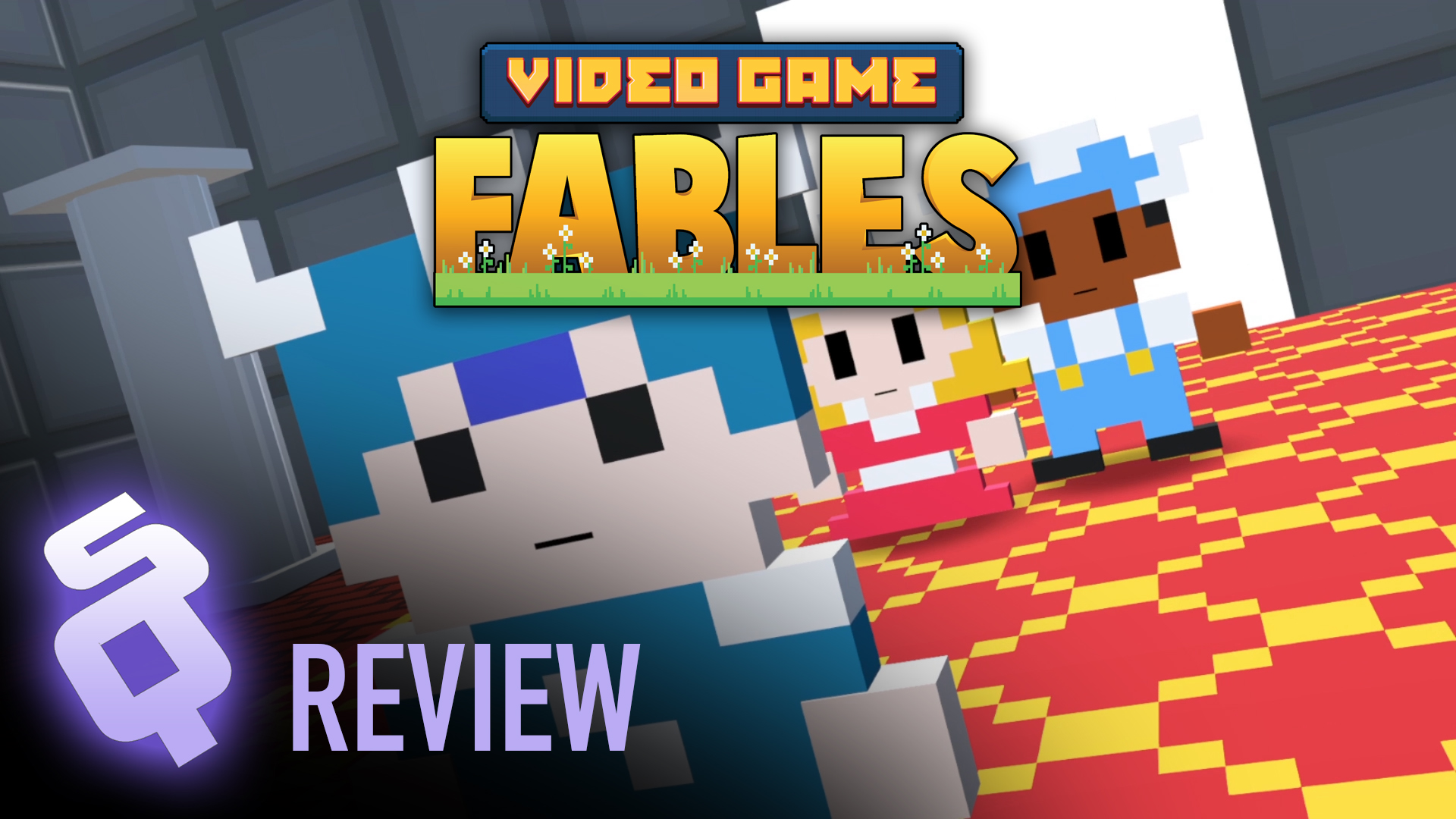 Video Game Fables clearly aims to dive into and blow apart some of the tropes that have made up JRPGs of the last 30 years, and for the most part it succeeds in that endeavor. The games wraps its actual themes in a charmingly retro style that may be both endearing and a little bit, overkill.

Video Game Fables takes place in a video game world that essentially saw its last players venture inside of it many years ago. It’s dead, basically. The endless loop of “kill a dragon, save the girl” is over, and the princess is now stuck within a dungeon that she would normally be rescued from. But, as is the case in genre-analysis gaming, something changes this time and the world is spun into a new kind of chaos.

The princess is bored, and lets herself out, setting off a chain reaction of events that leave characters and the game’s world surprised.

It can be difficult to judge a game like this, to be honest. At some points I lean back and think “Aha! I know what they’re doing here!” and then at others I lean forward and think “What *are* they doing here?” It’s clearly meant to take our ideas about the genre — that turn-based, grindy, overworld exploring, save the princess one that we all grew up with — and flip it on its head, attacking the details individually as if there’s a giant checklist of to-do items.

Do we need to rescue a princess? She’s rescuing herself this time.

Do we have turn based battles? Let’s let players go out of turn.

These little changes and tweaks and subversions work, to the point that I hope the genre in general learns about these changes and possibly adapts alongside them. I really do like the battle sequence; adjusting our attacks, placing them on the timeline in specific points, makes the fights actually about planning rather than just hammering away at “ATTACK” until a slime dies. And the mining draws us in with the need to hit markers on a line for optimal loot. Even the leveling up is a nice feature, tasking us with managing how we share experience across not only our collective team but also the spells they learn and the equipment they wear.

It all works well.

The only aspect that bugs me is that it doesn’t quiiiiiiiiite feel like it’s linked together cohesively yet. Why is the timeline battle different? Just because? Why is experience sharing the way it is? Because it’s different than traditional means? Maybe. And maybe that’s enough for some players, too. I did enjoy my time with the game’s unique little pieces, the general ideas are all there and worthy of checking out, but it may feel a little disjointed when the entire package is looked at.

Video Game Fables feels like a thesis examining specific issues in JRPGs. Or, rather, it feels like several theses, all of them good enough to explore, where perhaps they just need to be written into one.

This Review is based on a Steam code provided by the publisher to SideQuesting. Logo, images, & game video courtesy Momiji Studios.