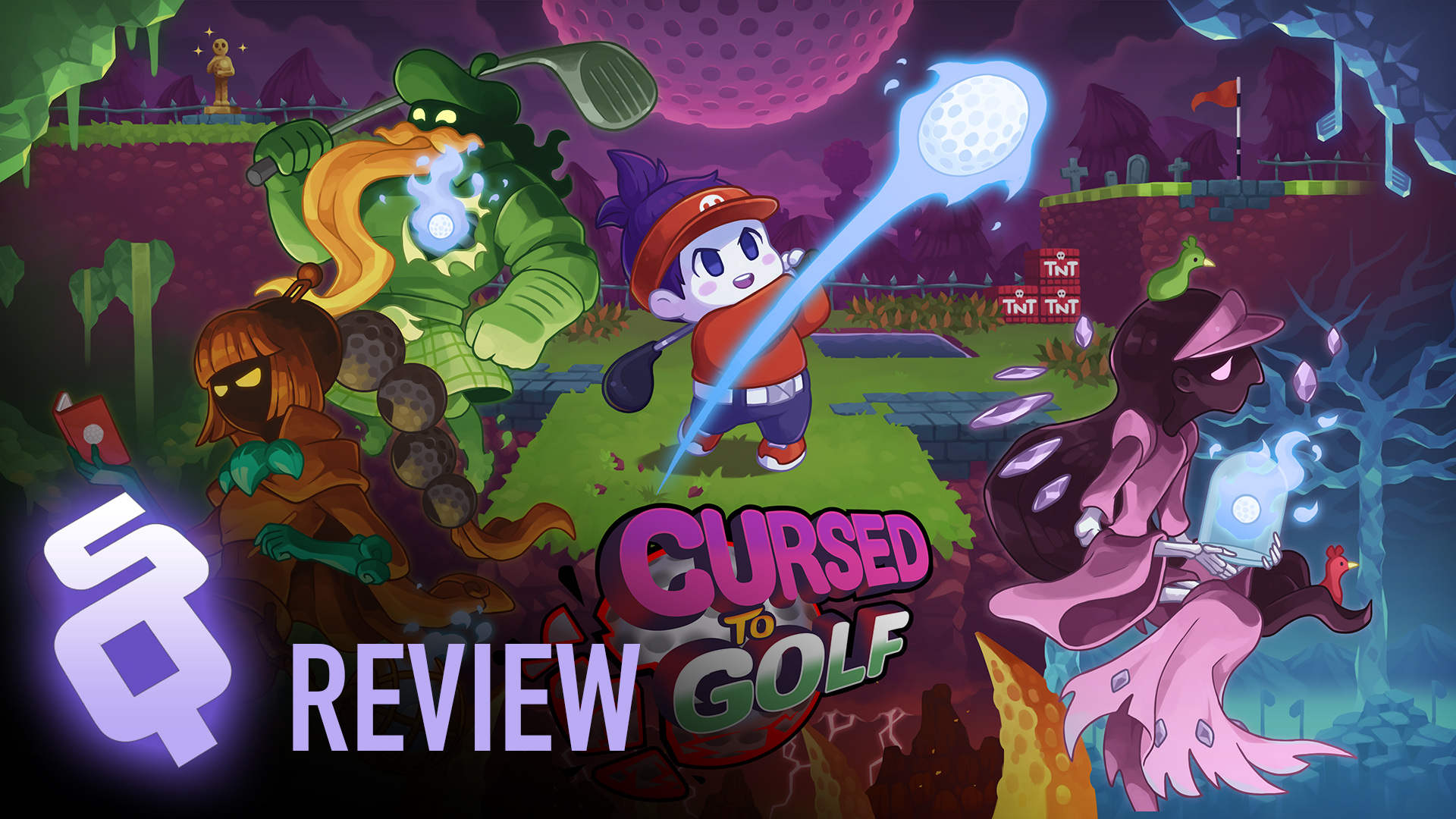 Who knew that a trip to Hell could be this delightful?

One of the most important things to note about Chuhai Labs’ latest game is that even though it has “GOLF” in its title it’s really only tangentially related to the pastime. It has balls! Instead of being a competitive athletic experience, it’s really a mix of puzzle platforming and tactical gameplay, wrapped in a nostalgia-oozing 2D aesthetic. Throw in a lite roguelike backbone and an amusing plot, and the result ticks every one of my old gamer/modern retro boxes.

Like, every single one. Down the line. Without a miss.

The only actual misses are the ones that happen during gameplay, when I screw up a shot.

That’s the joy of Cursed to Golf: it’s not difficult (even though it DEFINITELY is challenging) but it will mightily accentuate my own screw ups without frustrating me. In fact unlike actual golf, with a little bit of practice and smart usage of the in-game card system it’s a completely controllable and forthright adventure, just one in which we have to plan our path forward a bit. It sometimes feels like my shot will be obvious and clean to get the ball near where I want it, but that can take a wild turn if I’m overzealous or have a trigger finger.

The majority of the game relies on learning how to manipulate ball trajectory in a 2D plane, hoping that our shots (represented by an adjustable arc) go where we think they will. With obstacles in the way, like spikes or bombs or wind tunnels, we need to make sure that we not only hit the shot correctly but also utilize the myriad of cards we collect to improve our chances. Yes, there are cards in this game. They’re not mandatory, as the game’s courses can be cleared by sheer force if we really try to go clean, but used correctly they modify our shots to open up new paths and bonuses. Initially it’s easy to think that were’ sort of “cheating” when we use them, but sooner rather than later we realize that the dev team really, really, REALLY wants us to put them in play. And all of them! I was hoarding them early on, but the game refills and gives us plenty as we play along, so we really should use them at every good opportunity.

At least, use them with the knowledge that you may need a few during the game’s few boss battles. On first playthroughs it’s easy to run into the boss and underutilize the card system, but it’s definitely there to help us. Boss battles can be thought of as sort of like speed matches, where we have to reach the flag before our opponent, trying and slow them down along the way. They’re much stronger and faster, meaning that their shots go further and they get ahead quicker, but some of the tools at our disposal help us knock them back a bit.

It’s a neat additional twist to the game, and one of many that keeps the whole thing fresh along the way. It needs to stay fresh because just like any other rogue-like there’s a point where aspects can start to feel a little familiar, but then it’s at that point where the game will throw out a new zone that’s completely different and unique.

That’s how Cursed to Golf keeps hooking me back in. There are plenty of meticulous little details that seem innocuous on the surface, but the constant remixing of ideas and modifiers bring them out in new ways each time. Each run seems to evolve and speed up and get more chaotic as we get closer to the end of our 18 holes, and even when we don’t escape the afterlife we end up enjoying our stay in Hell’s country club.

This review is based on Steam codes sent to SideQuesting by the publisher. It initially appeared on the August 21st episode of The SideQuest.