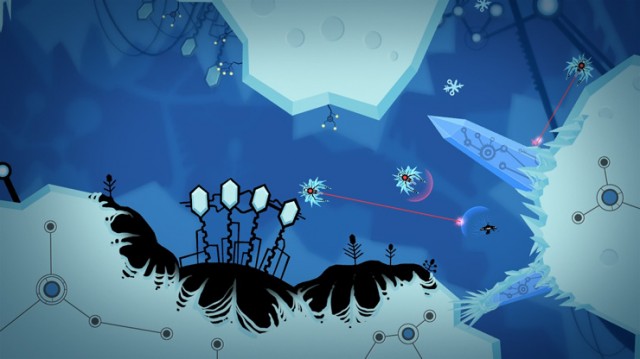 Blue stars are typically the hottest stars in the universe, reaching surface temperatures of about 10,000 Kelvin. Our sun, a yellow star, has a surface temperature of 5,800 Kelvin. Although not as hot as a blue star, our sun — or any star for that matter — is not a place where you would want to be spending your free time. Stars are uncomfortable places — that is, with the exception of the one we’ve found at PAX East, Fuel Cell Games’ Insanely Twisted Shadow Planet.

“You know what this reminds me of? Limbo.”

These remarks were heard fluttering around me as I played Insanely Twisted Shadow Planet (ITSP) on the show floor, but these comments can be quickly dispelled after a few minutes of picking up the game.

Sure. On a visual level, there are some similarities in the level Fuel Cell Games showed off: it’s dark, the terrain (of the level) is black, and the graphical design is simple, sharp and clean. However, it lacks Limbo’s grittiness and atmosphere. Furthermore, it lacks the platforming found in both Limbo and Pixel Junk Eden. 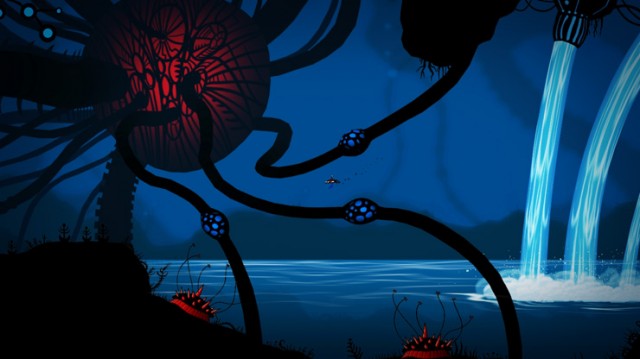 ITSP is an amalgamation of a puzzle/exploration game and a twin-stick shooter. The story is introduced with a cinematic sequence that reminded me of a Disney film directed by Tim Burton — cartooney, with colors that popped. A spore from space has attacked and engulfed a star, turning it into a shadow planet. In order to save his planet, an (adorable) alien life form in a flying saucer sets out to eradicate the spores that are infecting his sun.

Each of ITSP’s levels are puzzle-filled mazes that you must fly through. As a twin-stick shooter, ITSP had a diverse group of enemies which I had to shoot down as I made my way through each labrynth. Some spores were mindless and were easier to kill, others homed in on my craft, and there were even spores that held protective shells in front of them (which call for evasive maneuvers). 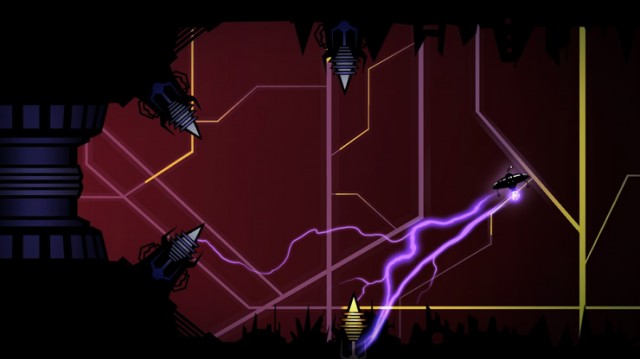 The demo only granted me access to three of the eight different tools that will help you through each level: a scanner, claw, and blaster. At one point, a snake-like portion of the spore had been blocking my way. I scanned it, and a bubble popped up with a picture of the snake’s mouth eating something. I equipped my claw, and back-tracked to go pick up a boulder to feed the serpent. After it whoofed down the rock, it coughed, and receeded back into the ground, allowing me to pass.

The twin-stick controls made ithe claw interesting to use. I was able to interact with almost everything in the environment (and even toss enemies around with a 360 on the analog stick). 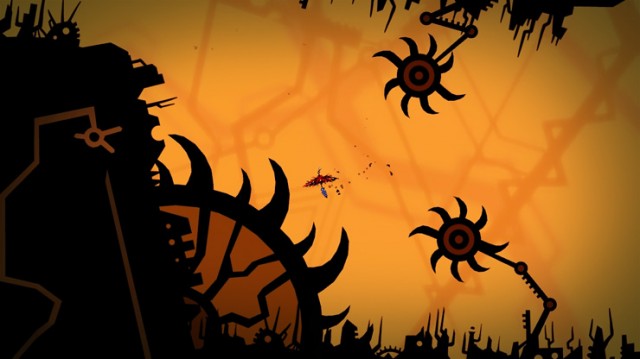 Insanely Twisted Shadow Planet will boast about 7-10 hours of gameplay when completed. On top of the single-player game, there will also be a local and online multiplayer component that Fuel Cell is keeping on the down-low for now. “We’ll have to leave what [the multiplayer] will involve to your imagination for now,” Fuel Cell CEO/FX artist Joe Olson said.

Based on what I saw at PAX East, ITSP has the potential to be a really special game. So when Olsen said that it was slated for a summer release, I asked if they were trying to get ITSP included in the Summer of Arcade line-up. “Hopefully. I think that we have a good chance. But right now, we’re just saying summer,” Olsen replied. After 10-15 minutes of playing the game, they’re right to think they have a good chance for Summer of Arcade.

If our sun starts beating down on me too hard this summer, I’ll be jumping inside to spend some time with the sun that Fuel Cell has created in Insanely Twisted Shadow Planet.