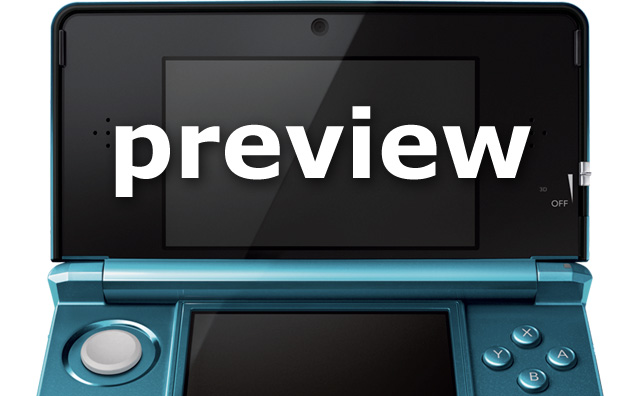 Our latest hands-on was last week at PAX, and we came away with some interesting impressions:  Nintendo will sell billions of these.

Our time was divided between several of the games on-hand, but I’ll just focus on the three that span the gambit between casual and core. 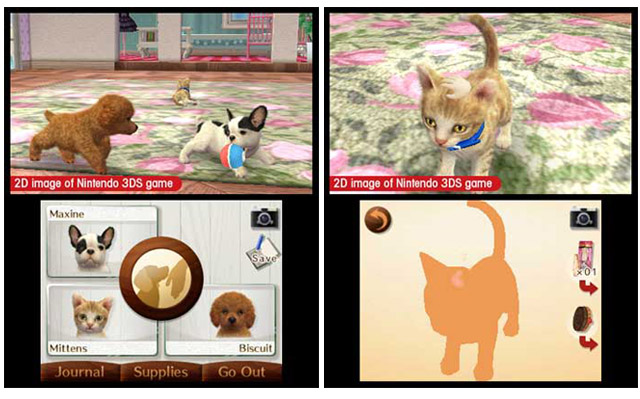 If you’ve never played Nintendogs before, then you’re in the minority.  The series has sold millions and spawned several copycats, with the latest iteration focusing on just that: cats.  Well, dogs and cats, to be more precise.  The latest isn’t that much of a departure from the previous DS version, except it does capitalize on the 3DS’s processing power with better visuals and the addition of 3D.  The short demo we played didn’t utilize the augmented reality or facial recognition functions, but those (apparently) play a big part in the game.  The 3D effect, with such a small animal that tended to run into the background more than it wanted to “pop out” of the screen, wasn’t all that impressive.

Personally I’ve moved past the Nintendogs phenomenon, and this iteration, though it does add a little more with the AR features, seems to be a couple of years too late.   It’s super cute, but that seems to be the only thing going for it right now. 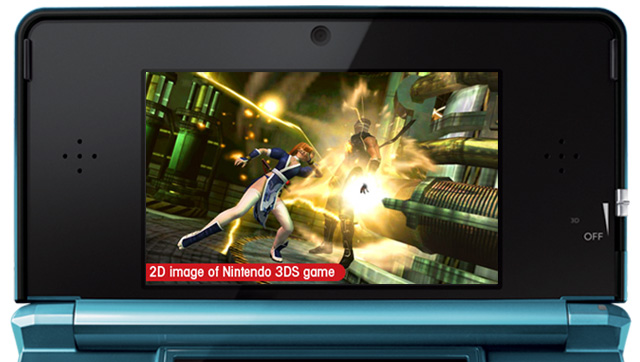 There’s an elephant in the room when it comes to the 3DS and fighting games. Dead or Alive: Dimensions, while covering all the bases when it comes to being a competent fighting game, is already at a disadvantage when compared to Super Street Fighter IV 3D.  The majority of those who purchase the 3DS during its launch window will undoubtedly pick the latter, as not only are the characters more recognizable but there are several features that DOA doesn’t have (trophies, Street Pass, etc).  It runs at 60 fps with the 3D off, and 30 fps with it on, but still looks smooth in 3D.

It’s a shame, really, because though I felt that DOA played well with the slider controls and the 3D effect was fine, it could have stood to wait a few weeks and add some of the missing features that other 3DS games are already showcasing.  It’s a pure fighting experience, which fans of the series will like, but doesn’t do much for someone like me who’s been enjoying the variety of Street Fighter and awaiting the return of Mortal Kombat. DOA doesn’t do anything new besides collect a few of the characters from previous iterations, something that should just have been done on a Hi-Def console instead.

In order for the 3DS to be successful, it needs to a WiiSports-level game that will showcase any gimmicky technology that the hardware has.  AR Games is that piece of software.  The game requires the placement of special cards on almost any surface, from which the 3DS’s built-in app will spring to life a dragon, target-practice, or any of the several other characters or minigames.  By focusing on the card, the 3DS required me to move around the table and fire at the dragon as its mouth opened and closed.  I was able to look “around” the beast, and with the 3D turned all the way up it made the effect that much more convincing.  Simple, yes, but very cool.  As a simple tech demo it succeeds in showing the potential of the device, and we’ll surely see collections of minigames from many publishers that do the same thing.

Though I had to hold the 3DS at the same relation to my eyes the entire time, less the unforgiving 3D plane be broken and the screen become blurry, I still had a fun time placing objects on the table and see the 3DS warp them during play. This little bit of software will convince several people to pick up the device.

We’ll have our full review of AR Games and the 3DS next week during its launch.