This is the second in a series of videos titled “Game Bytes”. In this series, I will play through a section of a game and have my running commentary going throughout the video. Basically, I’m doing this so that you know whether a game is worth your time or not, hey, you might even find that a game is really cool!

The  second game  that I am doing for Game Bytes are the Burger King games, which are Big Bumpin’, Pocket Bike Racer, and Sneak King, for the Xbox 360. YouTube has a 15 minute limit so the videos are split up into two different parts. The Audio is fixed in this episode! YAY!

Videos are after the break.

Let us know what you think of the videos and if there are any upcoming or past games that you would like to see, leave a comment below! 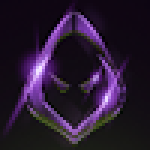