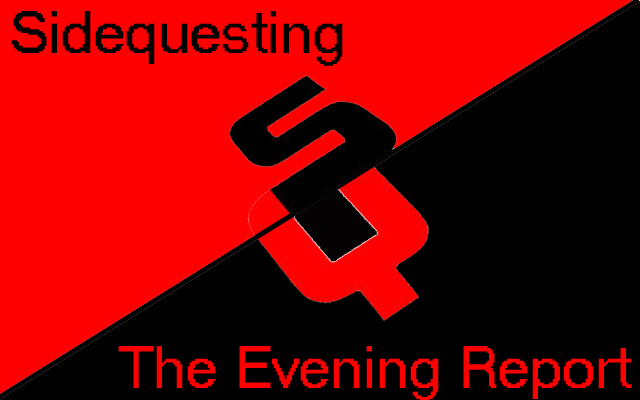 If it was as nice in your area as it was in mine today, you probably spent all your time outside and didn’t get to catch up on the best and most important news stories today. It is a good thing that I’m here to get your backs, then. Even though we at SideQuesting are currently celebrating 8-Bit Week with a deluge of posts about gaming in our formative years, I have some brand new stories for everyone.

On launch day, the Pokemon Global Link was delayed indefinitely due to the natural disasters in Japan. Good news! This Wednesday the Global Link will be up and fully operational. If you are a Black or White owner and you don’t know what the Global Link is, let me explain: The Link consists of two areas, a ‘Dream World’ where you can find Pokemon with special abilities. There is also the ‘Global Battle Union’, which strangely is a place where you can battle other Pokemon trainers from around the world. Mark your calender!

The majority of the world is in a Portal fever in anticipation of the upcoming sequel that is only a week away. Valve knows that nerds are about to have heart attacks if they don’t get their fix RITE NAO, so they posted the first part of their Portal 2 comic, Lab Rat. If you are interested in the internally produced comic, take a gander at the source link.

“Microsoft does not comment on rumors and speculation” is the most common phrase that Microsoft spits out. This time, it was heard by Eurogamer when they asked about a potential free-to-play game that is seeing a supposed 2012 release date. Free-to-play is not strange for Microsoft, with 1 vs. 100 being canceled and Joy Ride becoming a Kinect title, I am sure that they are looking for something to fill the void. And as games journos say, “It is a Microsoft rumor, so it is true”, so expect this in 2012.

Everyone knows that Angry Birds is a phenomenon. Garnering tens of millions in sales on just mobile phone platforms, Rovio took to the Playstation Network back in January. Just three months after, it has become the greatest selling game on all of PSN. Rovio also noted that the game had reached over 100 million total downloads across all platforms. Congrats Rovio, you made a great, addictive game!