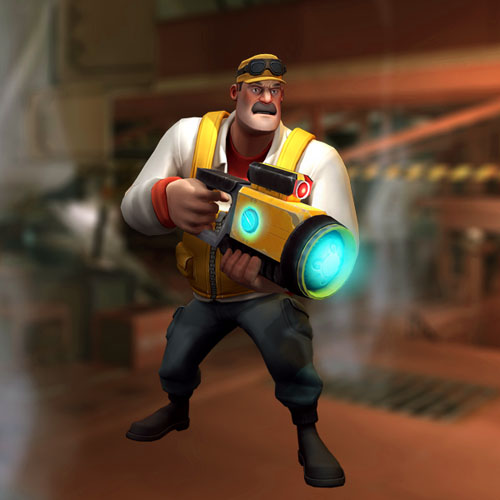 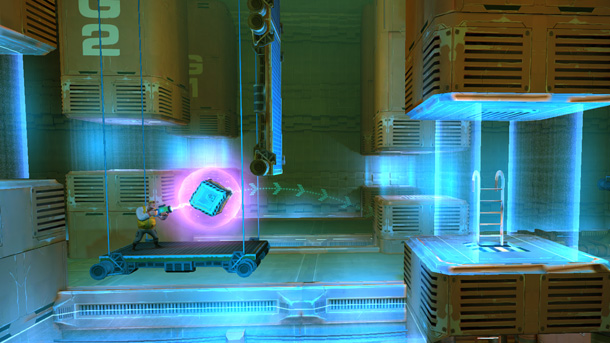 As I played through Rochard, the latest PSN project from developer Recoil Games, something felt very familiar about it. It wasn’t that the platforming gameplay and side-scrolling worlds were simple to wrap my head around, nor was it that the fairly traditional plot was injected into it to tie its levels together. No, it was something else. It wasn’t until I had played three straight hours without so much as moving from the couch that I was able to figure out what it was: the pacing. Much like a thumping heartbeat, Rochard moves along at a consistent pace that seems to slow down time, even with lasers and explosions in the background.

And dammit, it was such a welcome familiarity.

When playing Rochard, it was easy to see similarities to both Metroid and Portal. Rochard‘s problem-solving requires a bit of exploration back through rooms, but only through ones that I found to be continually interesting almost every time I visited them. Moving through a room one way required a specific solution, and meant that backtracking through it required solving the puzzle in reverse. It had me wondering if a door that I opened early one would need to be closed on the way back. 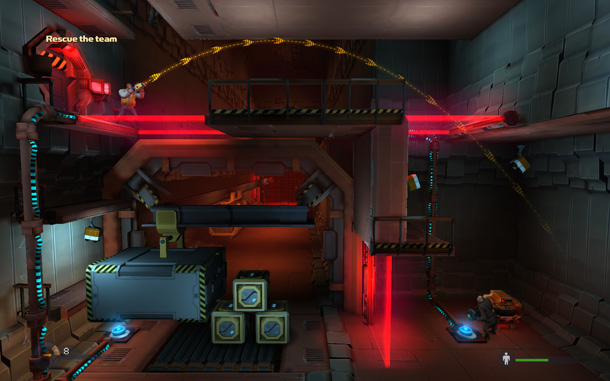 There isn’t a huge variety of attainable weapons, but that’s only because the puzzle rooms are varied enough as it is. They’re all built on gravity and the strong in-game physics, and could always be solved after one or two tries. It gave me short bursts of triumph when I was finally able to raise a barrier or kill a guard to advance. I don’t know if there are specific solutions to each room, thanks to the game’s physics there were many times that I was rescued by an errant bullet or falling block that I had forgotten about.

Rochard is relaxingly paced, mixing puzzle and platform elements that don’t fight each other. It never felt like situations were overheating, thanks to the mellow flow of the game, but it also meant that I didn’t get my heart rate up over 70BPM too often. It was nearly impossible to be frustrated by the puzzles, even if I wasn’t correctly aiming a laser or knocking over a block. After enough tries I knew I’d get it. And after one puzzle room it was off to the next. Thump, thump, thump. This pacing, coupled with autosaving after each cleared room, meant that I could switch my TV over to it for a bit when Forza 4 races were wearing me down.

Rochard has a good combination of precision and luck, like PC platformers of yore. Perhaps the only thing missing is the ability to record those moments where I’d think, “WOW! That was on accident, but it worked!” It’s this kind of satisfaction that made the game enjoyable. Little victories coming at a regular rate.

This review of Rochard was based on a copy of the game provided to SideQuesting by the publisher.