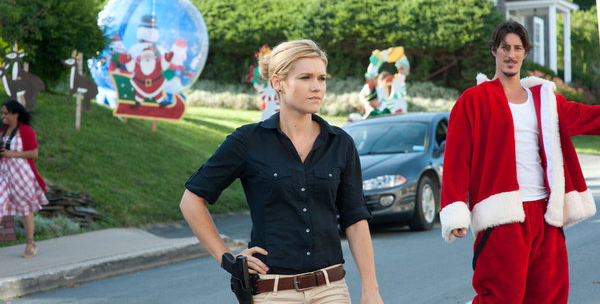 Let me tell you a little about friends, traditions, and the holidays around these parts.

School gets out for the winter break slightly before Christmas which means my friend and I get to hang out with friends that are off in College or University. Most of our friends’ families still live in the village which means holiday breaks are usually the only time we get to hang out with them. There are two other things that need mentioning; the first is that the village is a sailing village. In the middle of Summer champion sail boat racers come from all over the world for “Race Week” here, and in the process these racers tend to get very, very drunk. Once the races are over for the day they proceed to fill the few local bars and continue to get very, very drunk. The locals also utilize this time to accompany their nautically inclined cousins in achieving this level of stupor.

This leads to the second thing, which is that even when Race Week is over and the other various events throughout the year aren’t happening (I’m looking at you, Rum-Runners Races) the local population tends to keep drinking. Chester has been described as “A drinking town with a sailing problem” and even though some of us neither drink often or sail often, the adage holds true.

The reason you guys need to know this is because when the breaks hit, we tend to drink with our friends. Normally it’s a single night, but over an extended break like this one getting together for drinks is going to happen a few times. Drinks on Christmas Eve with friends and their families. Drinks on Christmas before, during, and potentially after dinner. Boxing Day dinner with the Italian part of the family which includes having any kind of drink made from practically any kind of liquor, as well as the most painfully potent wine ever created.

The holiday break is basically a write-off. It’s one of the few times of the year when I’ll go out and actually socialize, which is probably a healthy thing but invariably leads to not much television watching. Basically what I’m saying is don’t blame me for the almost complete lack of content this week.

But let’s get a little substance in here.

You should check out this year’s Eureka Christmas Special. It weaves a story that fits in with the entire premise of the show but manages to incorporate different styles of animation throughout, most importantly riffs on the well known claymation style used in some older Christmas cartoons.

The Haven Christmas episode Silent Night takes a different direction. Following the problem-of-the-week formula, everybody in the town is convinced it’s Christmas in the middle of July. This one gets a special mention because the majority of it was shot in my village.

This year’s Christmas episode of Doctor Who, The Doctor, the Widow and the Wardrobe was an interesting one. The actual episode didn’t seem to have anything noteworthy in it until the end, but the epilogue  is enough to justify seeking it out and the episode as a whole shows just how far The Doctor is willing to go to repay a debt.

Finally, if and when you can find it, check out The Nerdist TV Year in Review Special. It’s not exactly a Christmas show but it’s good television, and has a segment with David Tennant. That’s more than enough reason to feast your eyes on it’s innards.

Short one this week, but let’s make the comments awesome. Talk about your favorite holiday themed television, or just talk about the holidays. I basically outed my entire village as a bunch of lushes, so let’s keep this train moving.

See you in the new year!