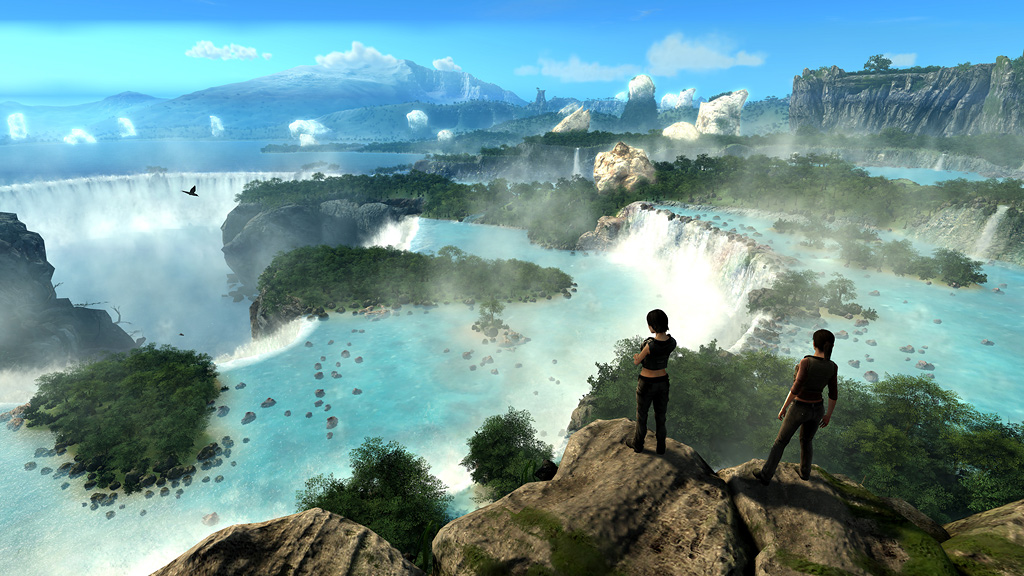 “It actually killed one of my graphics cards,” Duncan Harris told me in an interview Monday afternoon. The culprit? Saints Row: The Third and its unhappiness with Harris forcing it into 2160p resolution, a setting it doesn’t inherently support without some tweaking. Harris says over the course of his work he’s burned at least four of five cards (minus the ones that were immediately trashed) trying to force the games past what the developer allowed for. “2160p is just out there as a resolution,” he said, “No one tests for it and no one’s expected to use it. So I can’t ever complain about a game’s performance or stability, really.” But it definitely makes his job a lot harder.

Harris runs Dead End Thrills, a website where he posts photos, not of real world scenery or wildlife, but of games. He covers a large variety of them from the war-torn urban environments of Call of Duty: Modern Warfare 3, to 19th century London in Alice: Madness Returns. The idea came from his time spent trying to capture screenshots for reviews where he saw the 3D worlds of the PlayStation 2 era develop and become much more than simply graphics; they were becoming art. “Meanwhile, on PC, I was starting to discover the myriad ways you can get around those problems and how widespread the appeal of doing so was,” he said, “The idea of screenshots as more than just this crude memento came from tinkering with games like Half-Life 2 and Doom 3.”

It’s not easy capturing video game screenshots when you’re going for a natural look. The primary boundary is the user interface. Not every game will allow you to remove the UI elements, that’s where community made mods come in. Bethesda’s latest entry into the Elder Scrolls franchise is evidence of how fast and incredibly varied modding communities can be. Skyrim mods started from quick replacements like switching all of the game’s spider models to bears, to the more disturbing with a mod that removes dirt and grime from female faces. “Finding them is part of the fun,” Harris remarked.

Harris calls it “video game tourism” as opposed to photography in the traditional sense. He says, “it’s about rewriting the rules of play a bit and approaching the game world literally as a tourist.” “’Tourism’ also avoids any territorial battles with real world photographers.” When asked if he ever gets criticized for the work he does by other photographers he said, “I’d say I get more photographers who appreciate it because they’re photographers, or so they tell me. The only negativity comes when someone writes a feature about the site with an overzealous headline. Comparing it to ‘fine art photography’ was one example.”

“Anyone can take a ‘clean’ photograph, but the challenge is about finding the right subject and capturing the right moment. Whereas much of what I’m doing is about achieving that clean shot in the first place. The subjects are often fairly limited in their behaviour, whether that’s looped idle animations or fixed times of day. So the challenge of real photography is considerably greater, in my opinion. I think the response people have to a stunning and evocative photograph is different to a great game screenshot. Or maybe not – it’s for them to decide.”

Harris’ photos are elegant and sometimes shocking when considering the beauty he draws out of the games, but apart from framing the actual shot, his job is far from clean. “What actually tends to happen is that developers accidentally leave debug functions in and then remove them for one reason or other,” he explained. “If it’s an Unreal game then there are functions inherent to the engine that can often be reinstated.” It’s not just resolution, he pushes the game as far as it will go without breaking it. When the modding community is stagnant and the game lacks the tools his only option left is to “sweet-talk” the developers himself for access to internal builds, a practice he says “they’re gradually coming around to”.

Much of Harris’ frustrations come from the games he can’t capture. For a developer, a full-fledged photo mode with the ability to max the graphical quality past what may be actually playable, comes with a whole set of problems. Games are representations of the studios behind them, they don’t necessarily want players poking around its innards. Harris sees it as a limitation from the development process: “Conspiracy theorists might say that it exposes the entire gameworld at a time when DLC – what is and isn’t on the disc – is a thorny issue. But the real reason is simply because no one has the time or resources.”

“I don’t think the issue is whether developers shoehorn photo modes into everything so much as simply letting people play the games as desired,” Harris told me, “Why can’t PC owners of games like Just Cause 2 access the same debug functions as the developer?” Croteam is one developer that is starting to get the idea. Serious Sam 3 includes a separate moddable version of the game. Harris calls it a “philosophical approach”, but from “work of someone who sees the PC as unique platform, not just a glorified console.”

“I think that if Dead End Thrills achieved its potential to the fullest then the most it would achieve is more photo modes and community extensions of those, but there are much wider-ranging implications of opening games up to modding, etc. And risks, of course. If you look at Skyrim, for instance, there’s a lot of criticism of how the game performs on PC – its stability, especially. How many of those complaints come from heavily modded clients, though? People take it for granted that they can push the game beyond its tested performance levels, because it’s part of the game’s culture to let them. Any additional freedom brings with it massive QA problems, and few developers are going to invite those upon themselves.”

PC ports are getting better. Deus Ex: Human Revolution received help from Nixxes, a programming collective aimed towards porting games to the PC. Skyrim is another example, giving players full access to Bethesda’s own tools, which both Harris and I deemed a fitting choice for the game’s “anything goes” attitude. And with a set of upgraded consoles coming in a few years, the results will hopefully start becoming more consistent.

As more time passes the graphics cards keep getting better, supporting higher and higher resolutions and able to output heftier settings. Each iteration makes Harris’ job much easier. “Quieter, for sure,” he added. “The wife was complaining just a couple hours ago that she couldn’t hear the TV. ‘Fucking jet engine’, or words to that effect.”