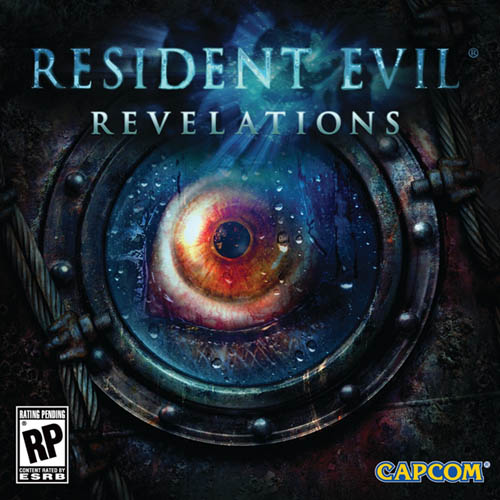 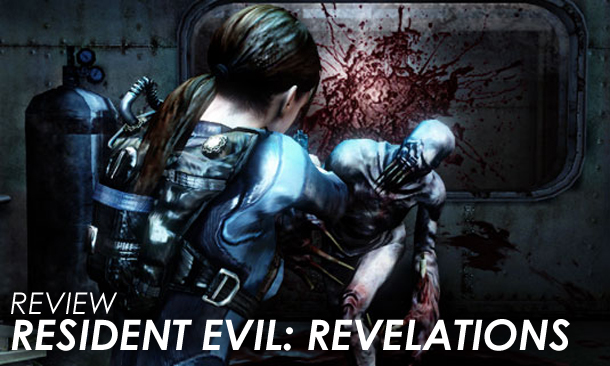 The 15-year pattern of killing zombies in Resident Evil is one that’s become as recognizable as the series’ protagonists, if not more. In fact, so entwined is it with the gameplay of the many iterations that it almost takes on the mantle of its heartbeat — its much-maligned, cold zombie heartbeat.

The Nintendo Wii version of Resident Evil 4 may perhaps be the best-controlled of the five main console games, mixing responsive pointer controls with the machinations of an elegant tank. But even then, and with its HD sequel in 2009, fans of the series have been crying for a more modern control scheme, where running and shooting can take place at the same time.

With the newly released Resident Evil: Revelations, that dream finally came true. And all it took was a $20 piece of plastic. 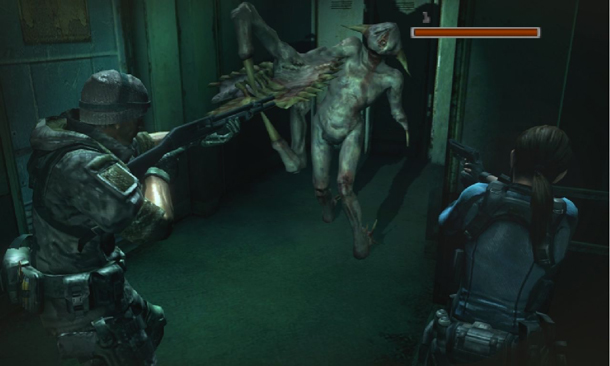 Taking place somewhere between the stories of Resident Evil 4 & 5, Revelations follows Jill Valentine on her search for a missing Chris Redfield, who was last seen examining an oil tanker out in the middle of the ocean. The plot flips back and forth between several characters and a few locations, dropping traditional video game twists along the way — someone will back stab someone else, the bad guys aren’t the real bad guys, etc. It’s not an ambitious story, but it’s just enough to satiate canon, and the breakup into chapters with lead-in “previously on” segments sets it up well for those of us who don’t live in the Resident history.

The game is slower, but includes more emphasis on horror themes than RE5‘s action. Only at first does it seem like Capcom relies on monster closets for the jumps. As the game progresses it becomes less about being scared and more about surviving the dark, the dank, the gloomy atmosphere. It’s a story about killing zombies, after all.

The voice-acting and narrative, on the other hand, are substantially subpar. Often the conversations turn corny, relying on traditional Westernized Japanese translations of overly-dramatic comments to distract us from what is surely a zombie behind that next door. The characters will become overly excitable while discussing how to scan a beached monster or change weapons. It’s a bit like being taught to read in the middle of a quiet library by the entire ensemble of RENT.

The visuals, built on Capcom’s MT Framework are preposterously gorgeous on the 3DS screen. Travelling through various locations, even in the dank underbelly of an oil tanker, provides a way to showcase what the engine can do, rendering both environments and characters with extreme detail. The only missed graphical opportunity may be in the design of the enemies, which were bland and unoriginal. It feels almost “impossible” to see this high quality on a Nintendo portable, which normally rely on gameplay mechanics over graphical prowess. Even in 3D, when the console sucks up more graphical resources and reduces some clarity, the game looks great.

The pacing of the game works to its advantage. Divided up into Episodes and scenarios, each area is short enough to digest in a sitting and not overstay its welcome. Using the new Genesis device, scanning enemies and items provides clues and bonuses, a la Metroid Prime. There’s enough of the possible scans that our obsessive compulsive tendencies naturally kick in when moving around, constantly looking for something to examine.

But the game is really about the controls.

[pullquote_left]Revelations’ postage stamp sized cart walks with the swagger of a laser disc[/pullquote_left]The new weapons and tools required to navigate these environments and solve puzzles take full advantage of and rely on the game’s updated mechanics. Though they’re functional with just the 3DS’s stock single nub configuration, the additional Circle Pad Pro ($20) completely changes the experience for the better. The left nub moves, the right aims guns. Together. The controls are satisfactorily responsive, albeit tend to have a slight lag. It’s noticeable most when an enemy runs toward the screen, which switches to first-person mode while aiming, and my reaction is quicker than the new right stick allows. It’s an issue with the 3DS moreso than with the game, thanks to how the CPP relays the info to the 3DS through the infrared port. But, it’s the best solution we’ll have until Nintendo releases a version of the hand held with a second stick built in.

It’s refreshing at least — for a Resident Evil game — to be able to run and shoot, even though it zips us out of third person and into an FPS. It’s a baby step. I’ll take it, and I’ll be satisfied.

Revelations’ postage stamp sized cart walks with the swagger of a laser disc, gun blazing at the same time. Succeeding in bringing an enjoyable 10-hour adventure is no small feat, and adding online multiplayer co-op and social Streetpass features shows that content isn’t dismissed just because it lands on a Nintendo device. This is a full Resident Evil experience, and one with possibly some of the best controls to grace the series. It may not be the Resident Evil sequel we’ve all been waiting for, but it’s enough to leave us optimistic for the sequel proper.

I can get used to that real quick.

This review is based on a retail copy of the game purchased by the reviewer. The game was completed, and several stages of Raid Mode were played with co-op mulitplayer. Images and video courtesy Capcom USA. 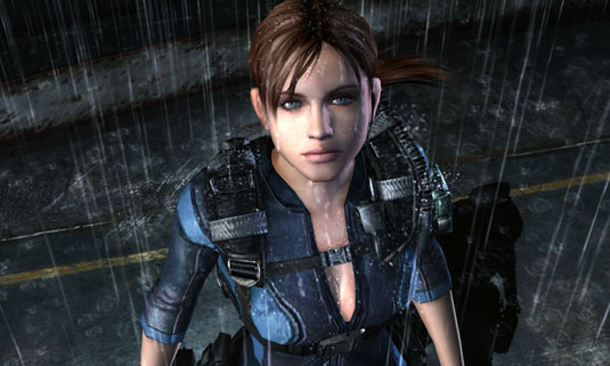