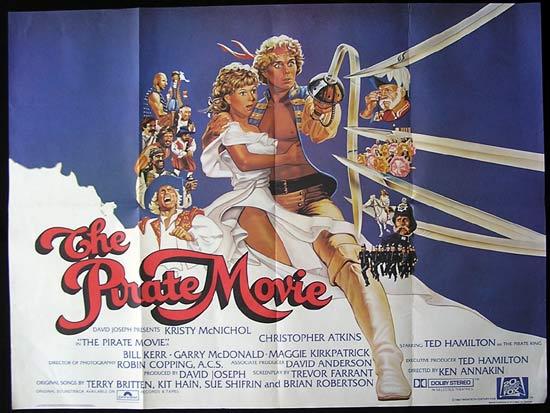 I guess I should start this thing off by introducing myself and what this new feature is all about. My name is Scott, and I have been an avid gamer and movie watcher since I could hold a joystick or a remote control. Over my thirty plus years of life, I have managed to own almost all the major video game consoles and amassed a collection of movies (in various formats) that I could probably run my own video store. They are both my passion and my obsession.

Though I do enjoy watching a finely crafted, Oscar-worthy movie from time to time, I shamefully enjoy the dregs of cinema just as much, if not more. It is this love of all things put on film that I inflict this pox upon myself. If it is suggested to me, and if i can find it, I will watch ANY movie out there. Now, I don’t want someone to think that I am just bagging on movies randomly. I have been doing this for a while now, years even. The best part of watching movies that you have NEVER heard of before, is finding that proverbial diamond in the ruff that shines through the darkness, or some such nonsense.

So, with out further a due, I present you with the first edition of what I have dubbed “Cinemapocalypse”. I hope you enjoy my writing as much as I enjoy hating myself… or something like that.

Back before the days of Scary Movie and Epic Movie, and worse still Disaster Movie, writers, directors and producers seemed to just make movies that riffed on classics. Those days were called “The Eighties”. It was a wonderful time when clothing was almost optional, cocaine was the one true drug, and it was difficult to tell the boys from the girls… at least from behind. The Pirate Movie capitalizes on all of that, as a farcical riff on Gilbert and Sullivan’s “The Pirates Of Penzance”.

The Pirate Movie stars Christopher Atkins and a rather cute Kristy McNichol, who plays the part of “Mabel”. Mabel inexplicably rolls up one day on a carnival/pirate demonstration with her gaggle of girl friends. As the one girl picked from the audience to participate in a demonstration, Mabel meets Frederic, played by Atkins. Frederic, after a 10-15 second demo of his skill as a swordsman, then invites Mabel and all of her friends out for a party on his boat. Mabel doesn’t quite make the trip in time and decides to try to catch up in her own boat. She then gets thrown overboard in a storm and washes up on a beach… somewhere. Still unconscious, Mabel begins to dream. This “dream” then becomes the plot of the movie: a movie about a Pirate King, his protege (Frederic) and the girl he falls in love with (Mabel, naturally).

Going into watching The Pirate Movie I expected a cheesy love story with a bunch of 80’s tongue-in-cheek references. What I didn’t expect was a LOT of song and dance, literally. There was an entire dance routine to the “Major-General Song” by Gilbert and Sullivan, complete with “updated” lyrics. Maybe had I seen this back in 1982, I would have been not only impressed but understood and enjoyed the jokes. Seeing as how it is thirty (!) years later, it did more to annoy me than anything. The dance numbers and songs went on far longer than they should.

With the bulk of the movie being taken up by pirates prancing around like Tinker Bell, there wasn’t a lot of room for actual “action”. There were a few sword fighting scenes — and just random fights in general — and while they were good, they still felt hokie and did nothing to make this seem like more than a parody of a broadway play. There was also a complete rip on Star Wars and Indiana Jones (both big at the time) that felt completely forced in to take advantage of the movie’s timing.

The things I always look for in movie that make them bad are usually the ones I like the most. For instance, there are several scenes that are supposed to have taken place in the days of pirates, yet you can clearly see other boats zooming around in the back ground. Another scene has the two main characters, on a beach, listening to a conch shell… to hear the ocean. That one made me laugh out loud. The 1980’s were a weird time when racism was ok in movies, so long as the minority was making the joke, and everyone laughed on screen. The train-wreck of an ending is just the icing on the cake. As Mabel wakes up, there is no explanation of why, but Frederic comes to her rescue and apparently falls in love with her. Why? Because she “wants a happy ending” and says so to camera, breaking the fourth wall.

The Pirate Movie is not good, at least in my opinion. It was suggested to me by someone that had a fondness for the film, most likely out of nostalgia. I can’t say anything about liking bad movies, since you should see my collection of horror movies. However, to me, this movie felt like someone was attempting to do a “Monty Python-esqe” rip on Gilbert and Sullivan’s “The Pirates Of Penzance” having never actually seen an episode of Monty Python, or the Gilbert and Sullivan opera. Still, it’s a lot better than Date Movie. 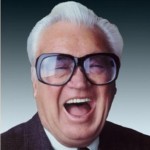 I am a game addict, as anyone that knows me will tell you. I have been playing games since my parents got an Atari 2600 (old school woody) and haven't stopped since. Currently I fancy myself a freelance writer and amateur podcast/website host. I have been trying to hone my skills in both gaming and writing in order to achieve the perfect mesh between the two. I am happily married, and am in the midst of raising my son to be better than me in every way. I love my life and wouldn't trade it for the world.