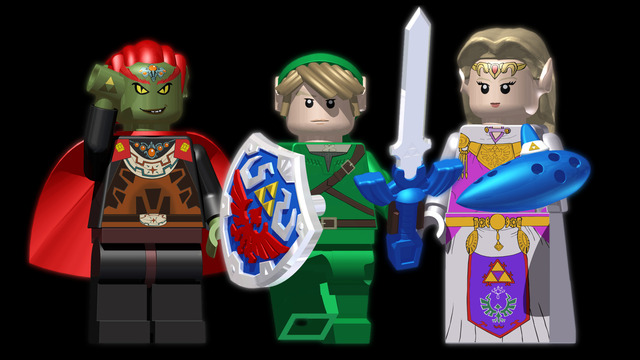 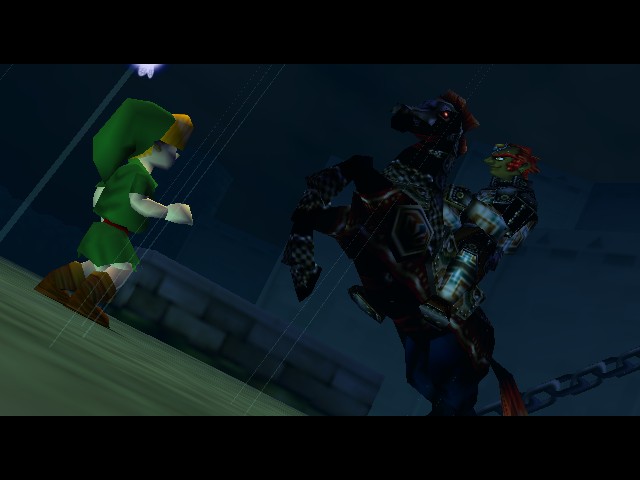 He remembers being terrified, unsure of what was happening. He could see mysterious figures crawling above.

He remembers being ecstatic. An entire world at his fingertips. The power to create and destroy.

Michael Inglis wants to bring his childhood memories back.

Inglis’ story begins with the small, plastic bricks that never lose their charm. Thanks to his parents, he had a constant supply of new LEGO sets to tinker with from a young age. His true “obsession” began when his parents bought him the Star Wars-themed sets. Nothing could separate him from his growing pile of bricks.

Then he discovered gaming.

He may have missed the glory of the 8- and 16-bit era , but he was just in time for the rise of the Nintendo 64. His most vivid memories stem from his first experience with The Legend of Zelda: Ocarina of Time. “The scene in which Link first has his dream about Ganondorf at the drawbridge was so profound as it was unlike anything I’d seen before,” he told me in an email.

“I spent a huge amount of time playing Ocarina of Time as a kid, but I don’t think I actually did anything to do with the story. Being unable to read at the time, I was completely immersed in the open world exploration. Having only what you see to go on, I felt made the experience even more intense; situations such as the Wallmasters hovering over you, or the atmosphere of the Shadow Temple physically terrified me as I genuinely didn’t understand at all what was going on.”

His discovery of stop-motion video helped create the foundation for his new project. He found its ability to give life to inanimate objects fascinating. Luckily for him, LEGO lends itself well to stop-motion video, and he had more than a few sets laying around.

“I made a few short films around the time YouTube was bought by Google and after hearing about it in the news, uploaded them there. Other people from around the world started seeing my work and I just loved the response the films were getting. As time progressed, I just continued, trying to make bigger and better films with whatever LEGO I had.”

In 2007, he released his Lego Legend of Zelda short, using custom pieces he made himself. It blew up, becoming his most popular video.

For the sequel, he wanted to include even more custom pieces. With the help of a 3D printing service called Shapeways, Inglis created a Lego-scaled Master Sword, along with other accessories from the game. His models began to pop up around the internet as people bought them through Shapeways.

Inglis decided to compile his models into a concept set for the LEGO CUUSOO website. With enough votes from users, proposed concepts will be reviewed by LEGO. Upon approval, they will be produced and sold as official sets. Themes and designs that would have never been a reality are now available thanks to the LEGO CUUSOO process.

A few weeks ago, Inglis’ Legend of Zelda set made the required 10,000 votes. It will be reviewed by LEGO in June.

Once LEGO approves the concept, they’ll need approval from Nintendo to go through with production. In the past, Nintendo has placed their seal of approval on a few Mega Blok sets based on Mario and Pokemon, but there’s no promise it will do the same for Inglis. “This was always the thing I was most concerned about. As wonderful as it would be, I’m not holding my breath.” 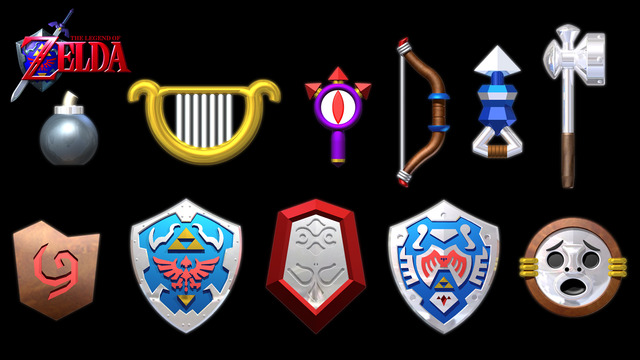 Provided everything goes smoothly, the first Legend of Zelda-themed LEGO set will be available for purchase. Included are Link’s iconic accessories from the Deku Shield to the Master Sword, Link, Ganondorf, and Zelda Minifigs, and a replica of the final scene in Ocarina of Time.

When asked why he included the Ocarina of Time finale specifically, Inglis explained its sentimental importance. “I feel it’s such an iconic moment in the game which features all three main characters in adult form. The game builds up to such a climax with the tension built as Link climbs the almost endless staircase as the organ music gets louder. Despite newer games offering a much bigger, more impacting finale, I feel nothing has compared with the deep emotional impact Ocarina of Time had on me as a child.”

He can’t call it a success quite yet, but Inglis is on the verge of recreating his childhood nostalgia with LEGO. The best part: He’s sharing it with everyone that remembers building their first LEGO set, and rolling around the grassy plains of Hyrule too.