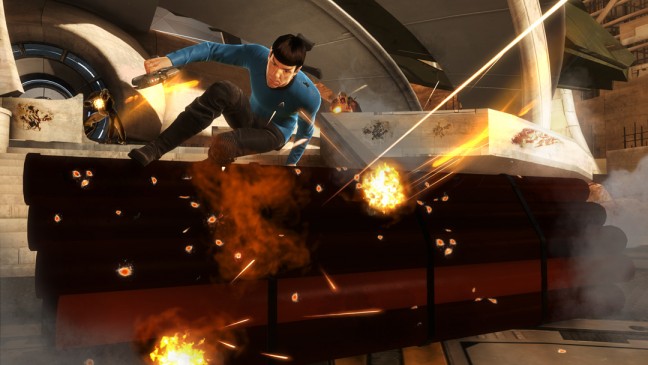 Every year at E3, companies pepper us with games, experiences, and technologies that they hope will stick with us until at least the holiday shopping season. To keep these products memorable they are usually tagged with buzz words that also usually represent upcoming or trends in gaming. We’ve compiled our favorites… or, at least the ones we heard uttered the most.

Be prepared to hear these a LOT more throughout the rest of the year. Almost annoyingly. 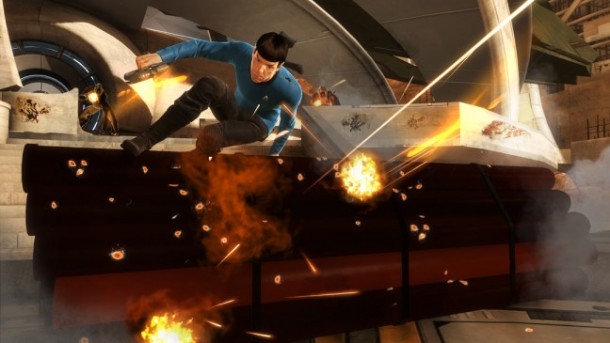 – Nintendo, on the Wii U’s ability to deliver multiple player experiences that are vastly different from one another using different vantage points, control mechanics, and even different times of the day.

– Digital Extremes, on playing as either Kirk or Spock during co-op in Star Trek.

– Just about everyone, in reference to customizing your playthroughs, load-outs, and skill paths. We heard it from two different teams at the Bethesda booth talking about Elder Scrolls Online and Dishonored, then again at Ubisoft with Rayman Legends and Assassin’s Creed III, just a half our later.

– Matt Firor during his presentation to us of The Elder Scrolls Online. The game aims to be the most socially engaging MMO ever, with a huge part of the game’s design focus going towards that principle. Then he followed it up by telling us that the game can be played 100% solo, so yeah.

– Raphael Colantonio and Harvey Smith of Arkane Studios, in reference to missions in Dishonored and how you can either resolve each one via stealth or all-out aggression shooting.

– The IO Interactive team, in reference to missions in Hitman: Absolution and how you can either resolve each one via stealth or… all-out aggression shooting. 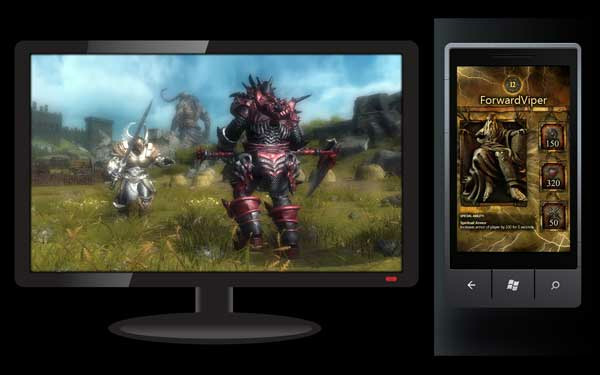 – Microsoft during it’s showcase of SmartGlass, the app that is essentially last year’s Mass Effect Datapad iOS app spread across to other games and experiences.

– Everyone from Perfect World to Sony Online Entertainment, to Microsoft, to EA. It was almost overwhelming. We know, folks. It’s the future. We get it.

– Visceral Games’ presentation of Dead Space 3, and how you’ll be playing co-op whenever you want.

– Majesco’s PR team in discussing the co-op functionality of Double Dragon Neon. Because “high fives” will ALWAYS be SideQuesting approved.