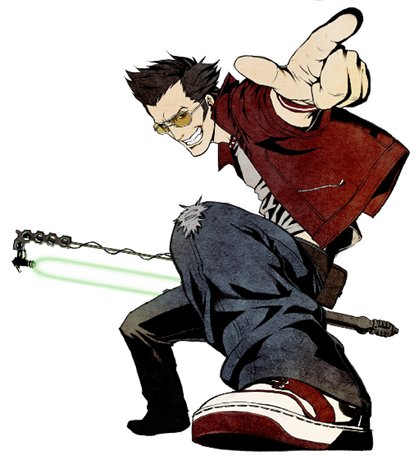 With this year’s Judgment taking a step back on the Locust War timeline, there will likely be a handful of people that never bothered to get around to the original game in the series. That’s the research that Microsoft is running with, at least, as Eurogamer has reported that the launch shipments of Gears of War: Judgment will also include a downloadable copy of the beginning of Marcus Fenix’s adventures. Whether that means you’ll still be able to pick up a copy three months from launch is undetermined, but these kind of promotions have a habit of lasting a lot longer than the original announcement would state.

This seems like a smart idea to generate some additional interest in the series and maybe get a handful of people to boot up the five-year old game for the first time in a long while. If nothing else, series die-hards that have already blown through the original trilogy will get an opportunity to pass on the chainsaw festival to others. I suppose that’s a good thing. 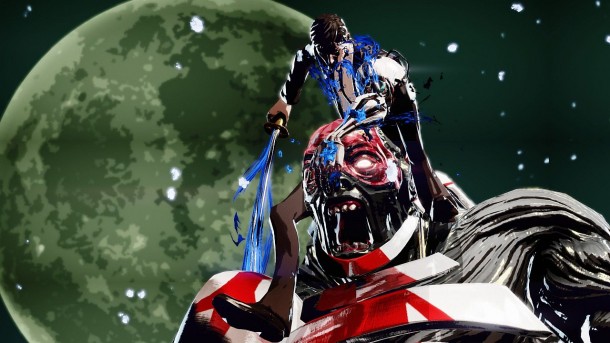 Suda 51 manages to ride the fine line between crazy-go-nuts and garbage on a regular basis with his games. From No More Heroes to Lollipop Chainsaw, the enigmatic Japanese developer always finds some sort of audience, although not all of his games make their way to American shores right away. Luckily, we Yanks might be able to get our hands on his newest reveal, Killer is Dead. Internet sleuth superannuation filed a report over at Kotaku noting several domain registrations from XSEED Games, each of which relate to the still-mysterious action game. These suggest that we might be seeing a US release although the publisher hasn’t said one way or the other just yet.

I’ve never played a Suda game that I haven’t been able to appreciate some aspect of. He’s a designer that seems ready and willing to make some strange design decisions if it creates a more interesting game to play, and after seeing the reveal trailer for Killer is Dead, I’m completely baffled and intrigued at the same time. We’ll have to wait and see if this game does end up in local Best Buys and Amazons, but I wouldn’t doubt it at this point. Consider me excited.

One of the major problems holding games back from being a more expressive and personal art form – and this is speaking in broad strokes, mind you – is the prohibitive cost of development. It’s hard to make a game when you’ve got so much money and all sorts of costs to worry about. Hopefully, people will be able to find away around these hurdles, and ex-thatgamecompany co-founder Kellee Santiago is hoping to do something along those exact lines, according to a report from Polygon (by way of RVA News). It seems she’s looking into the digital distribution boom and working on developing new opportunities for people in the industry. No real specifics were mentioned.

I’m all for more people getting a chance to express themselves in a medium we all have grown to appreciate. There aren’t many forms of expression that force someone to interact with them to get a point across, and as such, there are few mediums that have the potential to elicit a strong emotional reaction like a game. Games like Mainichi and dys4ia both use pointed personal examples and tell fascinating stories. If Santiago’s work means we can get more stories to come out of gaming like those two examples, I am 100% for it.

Dyl-Questing – Hey, Listen to This: Electric Guest – This Head I Hold

I’ve been recollecting my favorite music of 2012, and in doing so I’ve found a lot of other bands and tracks I missed out on. This is one such example, an energetic track that forces me to get up and dance just about every time I hear it. The music video’s just silly enough to work, and gets exceedingly more outrageous as it goes on.