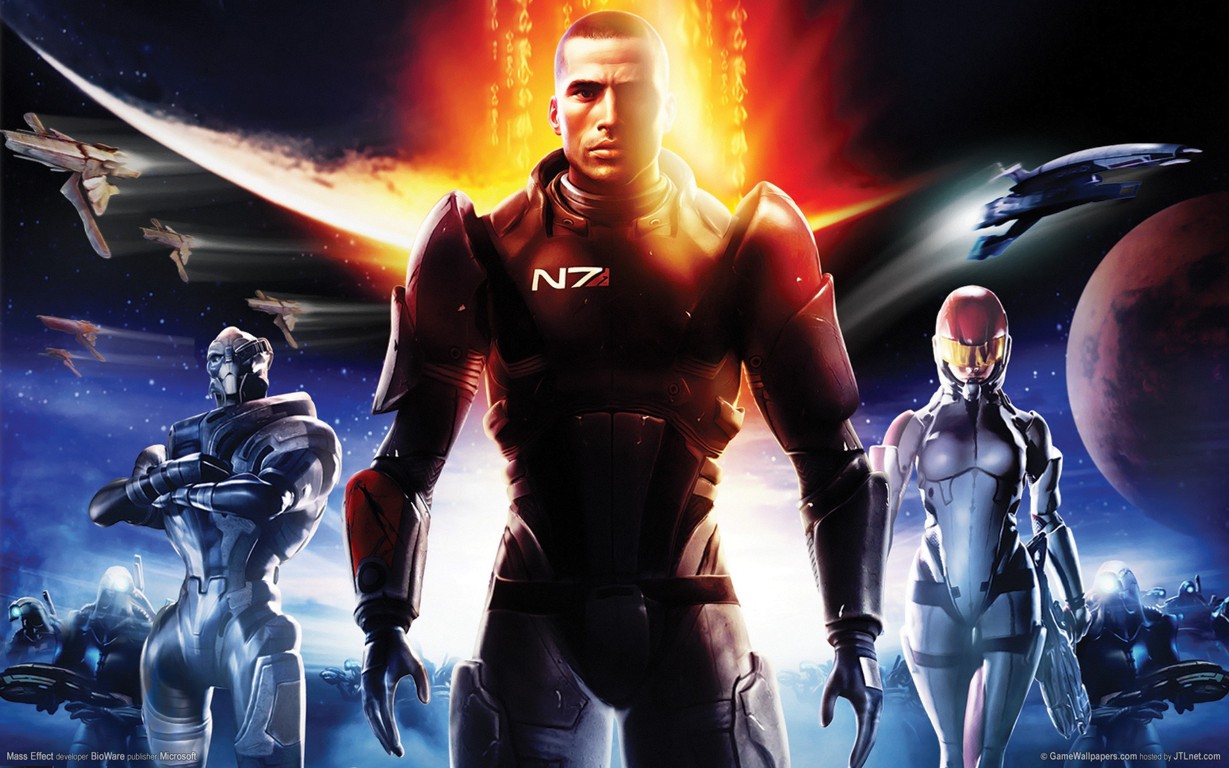 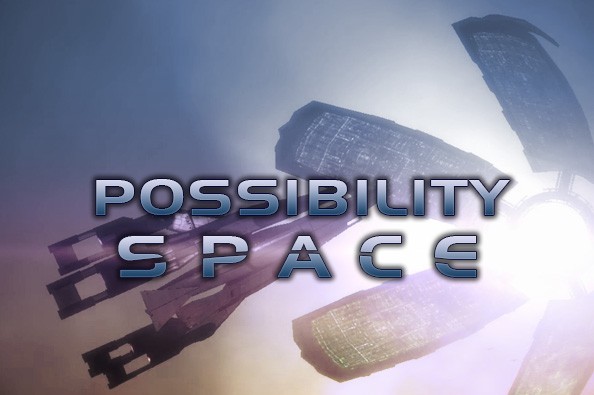 Freelance writer Rowan Kaiser is writing a book about the Mass Effect trilogy. It will take a critical look at BioWare’s sci-fi universe through a series of chronological essays, according to the GoFundMe page. He’s accepting donations to help fund the publishing of the book, and at the time of the writing, he’s raised over $3,000.

“The thing I find most fascinating about Mass Effect,” Kaiser wrote on the page, “is the gap between what it tries to be–a massive space opera epic–and what it actually is–an occasionally wobbly collection of different ideas and gameplay mechanics. The series manages to make its disparate parts work together by giving the player the space to see all of its possibilities and assume the best of the games. Mass Effect works because we want it to work, and it very rarely totally fails.”

I had the chance to ask Kaiser some questions about his writing background and how he’ll tackle such a lengthy and complex series of games.

How did you start writing about games?

I’ve been writing about games since I got on the internet, as a forum user or the like. I was even occasionally published several years back, but I started to turn it into a career around three years ago, when I decided to take an aspect of gaming culture that annoyed me–”hardcore” as a badge of honor—and wrote a screed. This happened around the same time as I was becoming a TV critic for The AV Club, so I built my freelance writing career around criticizing those two media.

How did you develop the idea of writing an entire book about the Mass Effect series?

“Develop” makes it sound like there was some kind of intense process here, when it was actually fairly simple. When I saw that Brendan was relatively successful with his Spec Ops: The Line book, I thought that that would be a good thing to do both for video game criticism as well as my career. Mass Effect was the most obvious choice, as I’d joked that my multiple articles on it had paid several months of rent, and I wasn’t short on things to say.

How are you going tackle this? Are you playing each game multiple times through?

Yes, right now I’m doing a BroShep pure Renegade run, since my “canon” playthrough had been a mostly Paragon FemShep run. After that I think I’m going to play for chaos and killing as many people as possible, and then perhaps a pure Paragon run.

Why did you choose to write a book instead of publishing the whole thing on the internet?

It’s easier to conceptualize Possibility Space as a single Thing if it’s treated as a book. That’s helpful both for me to describe and plan the project, as well as to fundraise for it. “Hey, I’m doing this and you get a book” is a lot easier to sell than “I’m gonna write some essays, see if you can find them!”

What value do you think long-form games criticism like your book has?

I think “value” may be a rather complicated term here. Really, if someone wants to analyze anything at any length, and other people are interested in reading (or listening to, or watching) that, then that’s cool by me. 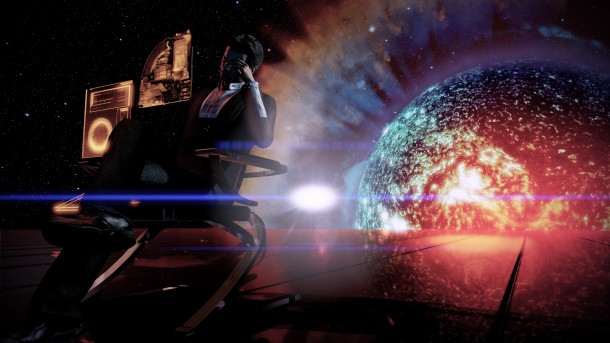 Brenden Keogh chose to write about his own experience and interpretations of Spec Ops: The Line, what approach are you going to take with your book?

At a philosophical level, I don’t think it would be possible to do otherwise? Unless you mean “Am I going to interview people and have it be about their creative process?” which, no, I’m not going to. On the other hand, I’m not going to turn it into my personal journey through the world of Mass Effect or anything like that. It’ll probably have the same semi-objective-with-personal-digressions of most of criticism.

Will it be accessible to people who haven’t played the games?

Well, they’re certainly not the target audience, although there may be a few sections where that won’t matter, like a planned examination of where it fits within science fiction overall.

Keogh broke up his analysis of Spec Ops: The Line chapter by chapter, and considering how some of the Mass Effect series’ story progression can vary depending on what order you choose to do things, how are you going to break up your book?

It’ll be roughly chronological, but still broken up by theme. For example, I’ll talk about how Mass Effect 1 uses the seedy underbelly of the galaxy in order to introduce its setting, and that will be before Virmire. But I also may have chapters focusing on characters or races that will jump around, perhaps even from game to game.

Keogh has admitted he may have read into some things about Spec Ops: The Line much more than the game’s creators probably intended, what do you think about that? Is that something that concerns you when writing your book?

Haha. Authorial intent is never a concern of mine. I also suspect I’ll write more in terms of what the game says and how that connects to other thing, than trying to find deeper meanings. The two games are very different. Spec Ops spends much of its focus trying to being about something other than itself, being about video games, about war, and so on, and so it makes heavy use of symbolic visuals and words to refer to the real world. Trying to unpack that symbolism and those referents is natural. Mass Effect is more focused on being itself for itself; it’s very direct. Discussing it isn’t a matter of trying to uncover meaning, it’s a matter of analyzing the things that are quite clearly on display.

Nope, which is the main reason why.

Regarding Mass Effect 2’s DLC, how will you handle the additional characters that were released after the base game?

I haven’t given it a huge amount of thought, but I presume I’ll mention that they’re optional and probably spend a little less time with them for it. They’re less interesting characters anyway. 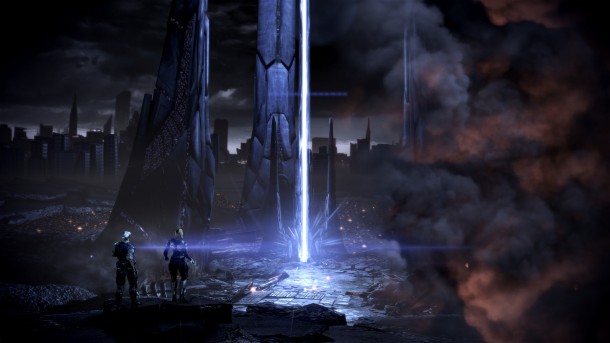 If you Google “mass effect ending” my Joystiq article on the subject is one of the top hits, and there’s plenty more to say on it. I seem to be one of the very few game critics to actually have engaged with the ending as a text on its own instead of focusing only the cultural battle surrounding it. It’s an integral part of the whole experience, and not discussing the ending would be a major error.

That said, I may not address too many other criticisms of it, as I have more than my fair share.

And what about the multiplayer?

That one’s trickier. Like the ending, I’ve done one of my RPG columns on the multiplayer. Unlike the ending, I said most of what I’d have wanted to say in that column, and Joystiq owns the rights to it. So I’m not sure.

The Mass Effect series is interesting because they’ve grown mechanically with each game, how do you think that will affect writing about the mechanics?

Writing about the changes from game-to-game at every level is part of what makes this project so potentially fruitful. I’m certainly not going to ignore the game mechanics to focus only on story.

I hadn’t really considered that. Difficulty is far too personal and subjective to make grand claims about. I may give “action mode” a shot, just to see what that’s like.

Do you worry that after writing this you’ll never want to talk about Mass Effect again?

More thinking I may never want to play it again. I figure I’m stuck talking about it forever if I’ve done a book on it.

Keogh collected his favorite pieces written about the game in his book, will you do the same thing?

I doubt it. That’s a very academic thing to do, and I’m not an academic, for one. Perhaps more importantly, I don’t really like to read other people writing about a thing I’m writing about, for fear that I’ll take their ideas and lose my own. Also, unlike Spec Ops, there’s no real shortage of Mass Effect writing to be found.

Full disclosure: The author of this story donated $5 to the Possibility Space GoFundMe campaign.