With the Worms franchise nearing its twentieth installment since 1995, it’s hard to keep up with how many Worms games actually come out these days. Worms: Clan Wars, the last hurrah for Team17’s multiplayer focused, tactical explode-’em-up, is as fun as ever, once you grab a group of friends for a round or two. But remember, this is another Worms game, and doesn’t offer much in the way of reeling in new fans. If you’re waiting for the moment that Worms finally clicks with you, this isn’t it. If you’re already on board with the squishy guys, this is more Worms, plain and simple. 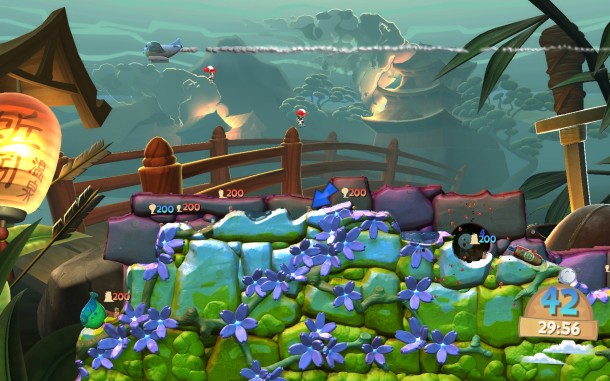 As much as I’ve enjoyed Worms games in the past, with every new installment I have to ask, do we really need another one? [I don’t really think the italics are necessary here. It reads the way you want it to in tone.] It’s tough to shake the feeling that Worms has almost overstayed its welcome, and Clan Wars doesn’t do much to alleviate the feeling. It’s a fine Worms game, it really is, but the last dozen have been fine too.

What’s changed for Clan Wars? Nearly a dozen new weapons and utilities are here, along with 55 from previous games. Steam Workshop support, so expect some creative new level designs to download after launch. The physics are much improved upon from Revolution. Clan Support allows you to group up with friends and take on the multiplayer world and crawl through the ranks as the greatest worms on the internet. Many of the improvements are wholly iterative, which is what we’ve come to expect from worms at this point. Nearly all of the updates make for a better playing game, but once again, it’s Worms. Another Worms. The tenth release of Worms in the last five years. 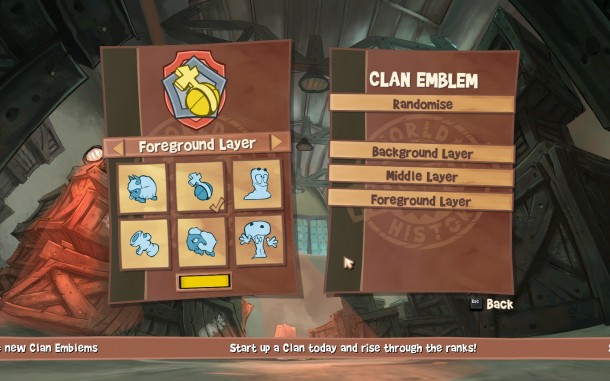 The multiplayer is as fleshed out as it has been, and the new Clan Wars section of multiplayer is an interesting way to group friends together. All of your favorite weapons are back, and, in series tradition, it’s as fun as ever to toss a grenade at your pal’s worm, horribly underestimate the strength of your throw, and have it land directly on your own worm on the other side of the map. Worms multiplayer has always offered plenty of laughs, and Clan Wars, following the formula as closely it does, is no slouch in its time-to-giggles ratio. All of the silliness of Worms is back, with your worms spouting one-liners as ridiculous weaponry descends upon the battlefield.

The customization options are fun to mess around with as well. You can change the look, voice, and class of the worms you’ll be bringing into battle. As much fun as it is to build a team, I did have one, somewhat baffling, encounter with the system. There isn’t any way to customize individual worms, and any change you make will affect your entire team. This makes it impossible to do the simple act of, let’s say, have one worm with sunglasses and one without. All of your worms will look identical, always. 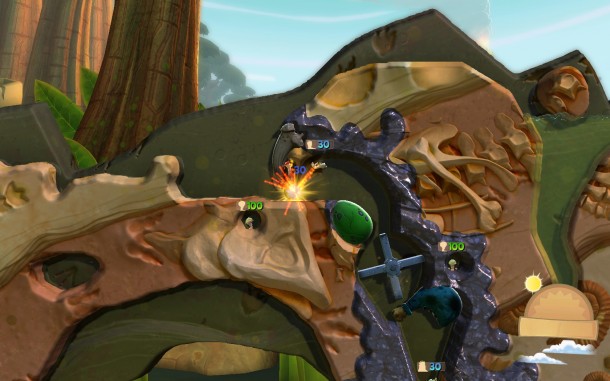 Each environment is quite nice to look at, as you visit Feudal Japan, the age of Dinosaurs, and more. The game takes place within a World Museum, and the levels are spread throughout all corners of the earth, and even through time. Everything is enormous compared to the worms- a leaf takes up more space on screen than a handful of worms- and it’s all a really cute nod to the small scale of worms at war. All of the environments are fun to destroy other worms in, but just make sure you’re doing it with friends. Whether you’re entering the franchise for the first time, or you’re a series veteran, one truth holds steadfast- Worms is not very fun to play alone.

The single player, sadly, feels like a waste of time. The story mode levels begin as tutorials for the weapons and equipment you’ll be coming across for the rest of the game. Within each of them, you’ll be faced with an obstacle, and you’ll be taught the smartest way to take care of it through clever use of the machinery at hand. After these moments, however, the levels continue for upwards of 10 minutes, with little to no more substantial learning at all. You kill the half-dozen worms around you with the weapons you’ve already been well instructed on how to use, and that’s about it. These levels devolve into lifeless matches against AI, and rarely feel like they’re worth the time it takes to finish them.

Each single player level seems like it could have easily been boiled down into a very enjoyable couple of minutes, but has been padded beyond repair. Some of the levels have puzzles, but I never found any of them particularly interesting to solve, especially with how long it can take to traverse the larger maps in Clan Wars. The stages open up more as you progress further into the campaign, but by that point you could have spent a far more enjoyable few hours laughing along with a group of friends in multiplayer. Clan Wars seems in desperate need of a succinct tutorial rather than a multi-hour campaign.

An additional set of levels called “Worm Ops” are optional challenges that involve you taking down enemies or completing other objectives with a specific set of equipment. These missions are additional, non-story related challenge rooms and puzzles, but are about equally as enjoyable as the story levels, which is to say “pretty much not at all.”

One of the brightest parts of Clan Wars is the quality of Katherine Parkin’s narration. She plays Tara Pinkleton, a demented, dry parody of Lara Croft. Her narration takes place throughout the story and Worm Ops modes, and her quips and often matter-of-fact descriptions of tragedy almost make the solo missions worth a playthrough. Plenty of the lines are chuckle inducing,  and her presence is a welcome bit of added personality throughout the game. Parkin’s talent isn’t limited to the single player, as she pops up whenever you enter a menu for the first time as well, usually to explain your options and comment on her fascination with worm-based slaughter.

Worms: Clan Wars isn’t a bad game by any stretch of the imagination. Single player missteps aside, people buy Worms for the multiplayer, and you’re getting a brand new Worms game with plenty of new options and weapons to have a blast with. If you’re alright with a game that ever so slightly improves on a proven formula, you’ll feel right at home.

Clan Wars is a decent way to spend your cash (Currently on sale for $18.74 on Steam) if you’re a die hard fan of the series, and can’t get enough of the little killers, and have friends that enjoy playing it as much as you do. For everyone else, you’re better off heading back to Worms 2: Armageddon for an inexpensive romp through the some of the more approachable chaotic fun Worms has to offer. Worms: Clan Wars is a fine excuse to head back into the world of the worms one more time, but for the sake of the series, let’s hope this is the last time for a while. 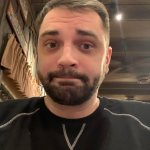 Zach is a freelancer who spends his days reporting on the hottest new game releases every week. Over at HippoChippies.com, he plays dozens of new games every month and discusses what you should be spending your time with.