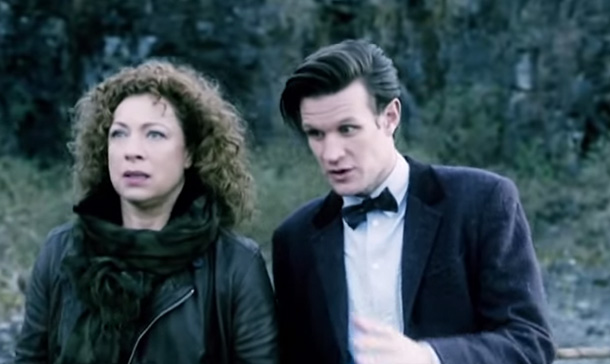 We knew a lot happened to the Doctor and River over the last few seasons, as there were several allusions to some of their travels that we had never seen. Well, we’re now offered a glimpse into at least one of their journeys. The BBC have released online one of three new mini episodes packaged in with the Doctor Who Series 7 box set.

The scene was originally to be a part of The Doctor’s Wife, though it was cut from the episode and redone for the box set. The mini episode, titled Rain Gods, is written by Neil Gaiman, though the screen credit seems to go to Steven Moffat. Gaiman explains the goof-up on his Tumblr.

Either way, it’s a fun little look at the relationship between the quirky Doctor and the always-sure River.