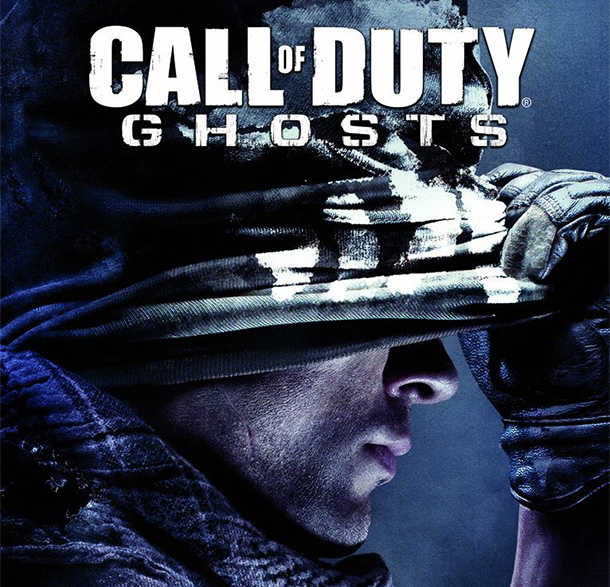 I shouldn’t be falling for it anymore, but I am. Each year, I tell myself I don’t want the next Call of Duty game; every year, I get the next Call of Duty game. The same was as true this year as ever: Black Ops II was interesting, but I didn’t want another one. Then the marketing machine spun up, and I got hyped for Ghosts. And you know what? Ghosts is a totally fine game.

The campaign for the CoD series has always been the draw for me. Even if it is often goofy, dumb, and over the top. It’s generally a fun experience, and gets out of its own way fairly quickly.

This year, with Ghosts, you play a mute, and you run around with your brother  “Hesh.” Your dad is your boss, and you have a dog named Riley that can mess people up in some pretty awesome ways. At some point you are in space shooting guns, at another, you’re underwater shooting a rifles. Without getting into some endgame spoilers, that is literally al I can remember of the story of Ghosts. 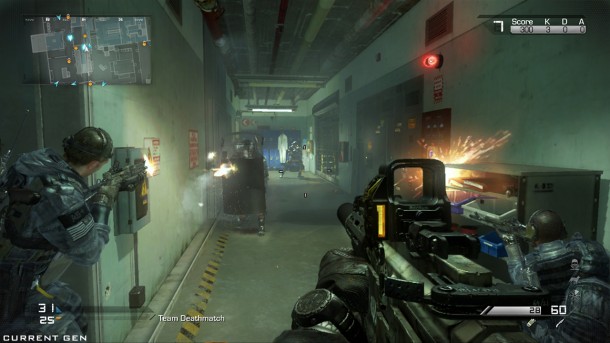 It was mindless, meandering, and often disjointed. That said, it is bug-free and I think I remember having some fun at certain points. If you are a campaign-only CoD guy (I know a few), maybe just rent this one. I can’t see any kind of value in replaying it. But the story is a small part of the package — which is actually pretty full this year, quality notwithstanding.

Squads, a bot match multiplayer mode, is Ghosts most distinct addition, but the AI is either too dumb (running into walls), or too good (headshotting you immediately). You can play Safeguard, a wave-based survival game in which you fight AI enemies ranging from other dudes to other dudes’ dogs. This has the same problem as Squads, that being that the AI is terrible. Or, you can play Extinction, another wave-based survival mode where you square off against an alien race.

Extinction is the best of the “not-multiplayer multiplayer” modes. You are tasked with carrying around a huge drill used to dig into the aliens’ hives. All the while you and your friends are tasked with protecting the drill. You earn some cash throughout, and use it to buy traps, upgrades, and the like. If you have some people to play it with, there is a decent amount of fun that can be had with Extinction. 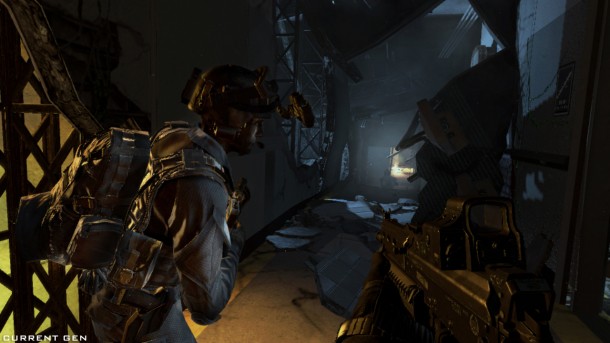 Do you like the Call of Duty multiplayer? If you do, I think you should get Ghosts. The new maps and guns are the equivalent (but more substantial) version of a Madden roster update. And this year’s new stuff is pretty good. In the time I spent with the multiplayer, I found most of the maps thoroughly enjoyable.

There is yet another new unlock system. It’s basically a more limited version of last year’s Pick 10 system, but layered with the soldier system. You now have to create soldiers, and all of your XP earned only goes towards that character (you can have more than one). You can create multiple loadouts for each soldier, just know that you cannot switch out the soldier mid-match. That dude is locked in for the entire round once it starts.

If you are a yearly CoD player, there is nothing in the multiplayer to stop you from upgrading. It doesn’t do anything new or amazing, but like a Madden, it does what’s been done before very well. On the other end, if you haven’t touched the game in a few years, there is nothing here to bring you back. Instead, you should go out and pick up Black Ops II, as it’s both cheaper, and does do some really fun and unique things worth experiencing. If you are on the fence: Black Friday is next week, and maybe it will be on sale somewhere.

This game is totally Call of Duty, y’all.

This review of Call of Duty: Ghosts was based on the Xbox 360 version of the game provided to SideQuesting by Activision.