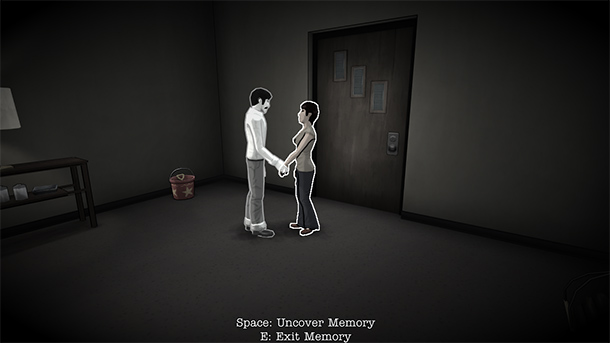 It’s risky to tell a personal narrative with an impersonal avatar. We’re only the ghost writers, after all, observing characters as they try to write their own story. We might find ourselves becoming emotionally engaged in each choice we help them make, but the success of a game hinges on how well-crafted the choices are, with no easy answers and resonating consequences that have a real impact on the storyline.

The Novelist approaches its narrative by requiring us to uncover the Kaplan family’s hidden thoughts and deepest desires during their summer holiday together, manipulating the family in the hope of an optimal result, possibly more for our sake than theirs. 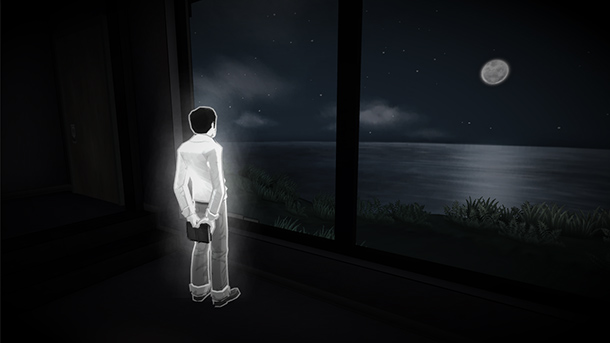 As Dan Kaplan takes his wife, Linda, and his son, Tommy, to a remote coastal house with the intent to finish his novel, we play as the house’s ghostly squatter. We have the ability to read thoughts, go into their memories and even alter the choices Kaplan makes on his vacation. Two modes of play are offered to us to develop the story.

In “Story Mode” we can easily traverse the house, following characters with no fuss and quickly exploring the path set into motion. However, “Stealth Mode” appears to fully encompass the intended experience: we must sneak around the house, transporting from light source to light source, and if discovered can’t work with that character’s story as well as we might have wanted. Gathering any piece of information in “Stealth Mode” is risky, as if we are about to be walked in on at any moment by a family member. I felt like Tom Cruise in a Mission Impossible movie whenever I attempted to look at a journal or any clue, panicking when I could hear the footsteps of a Kaplan around the corner.

Each chapter in the Novelist begins the same way, for the most part. There are several clues about each family member’s desires that can be uncovered by reading their notes and journals, serving to provide context for the chapter as well as Dan and Linda’s motivation and history. I recommend using headphones, because most of the written clues scattered throughout the game have voiceover narration. The voiceover is unbalanced and suggestive in delivery, making me lean toward giving Dan what he desired only because the voice actor showed more of an emotional range. Linda affected me at her saddest moments but it was hard to gauge her feelings when things were looking good for her character. Though, there would be no emotional range if the writing didn’t make me care about each choice I made. 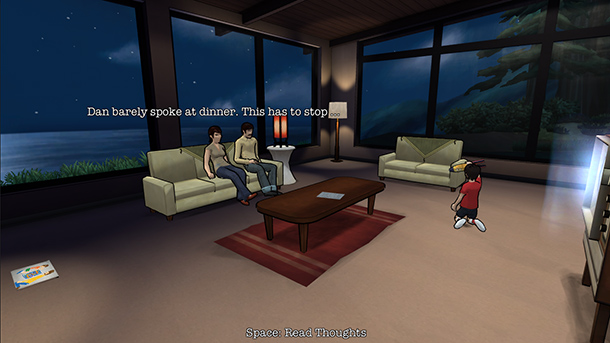 Besides reading notes and journals, we can also sneak up on characters to uncover memories. Again, these memories lend insight into their desires, and the choice of which character’s desire to fulfill at the end of each chapter tends to be light on the surface. In one chapter this could be as small as Linda sharing a bottle of wine with Dan or Dan building Tommy’s toy car. However, the memories found in the very next chapter reveal the emotional reactions to the choices we made and clue us into the characters’ increasingly complex new desires for the future. In that chapter for example, our primary choice leads to a night sequence when we’re given the ability to offer a compromise to one of the other characters or seal the deal to the disappointment of the others.

The Novelist makes each choice matter towards the outcome of the story. There is no binary system ruling the game’s plot. Each time we choose to give a member of the family his or her optimal result we leave another member out, changing some outcome of the narrative. Through simple drawings from Tommy, I was motivated to completely change the direction Dan was heading and compromise with Linda for the sake of the child. This lends each play through to be unique and say something different about not only family relationships, but how we weigh our own decisions in these kinds of situations. The Novelist makes us the author of the Kaplan’s summer, full of conflict, love and the compromises necessary for a fulfilling ending. 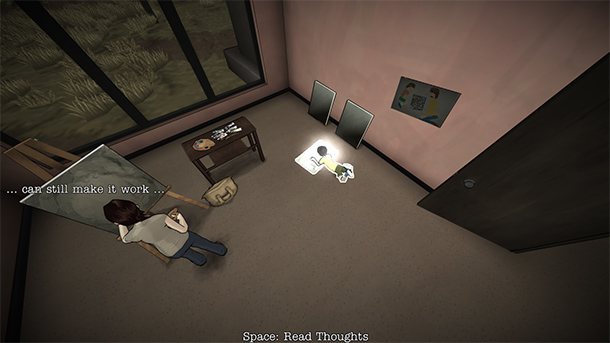 This review is based on a STEAM code sent to SideQuesting by the developer.