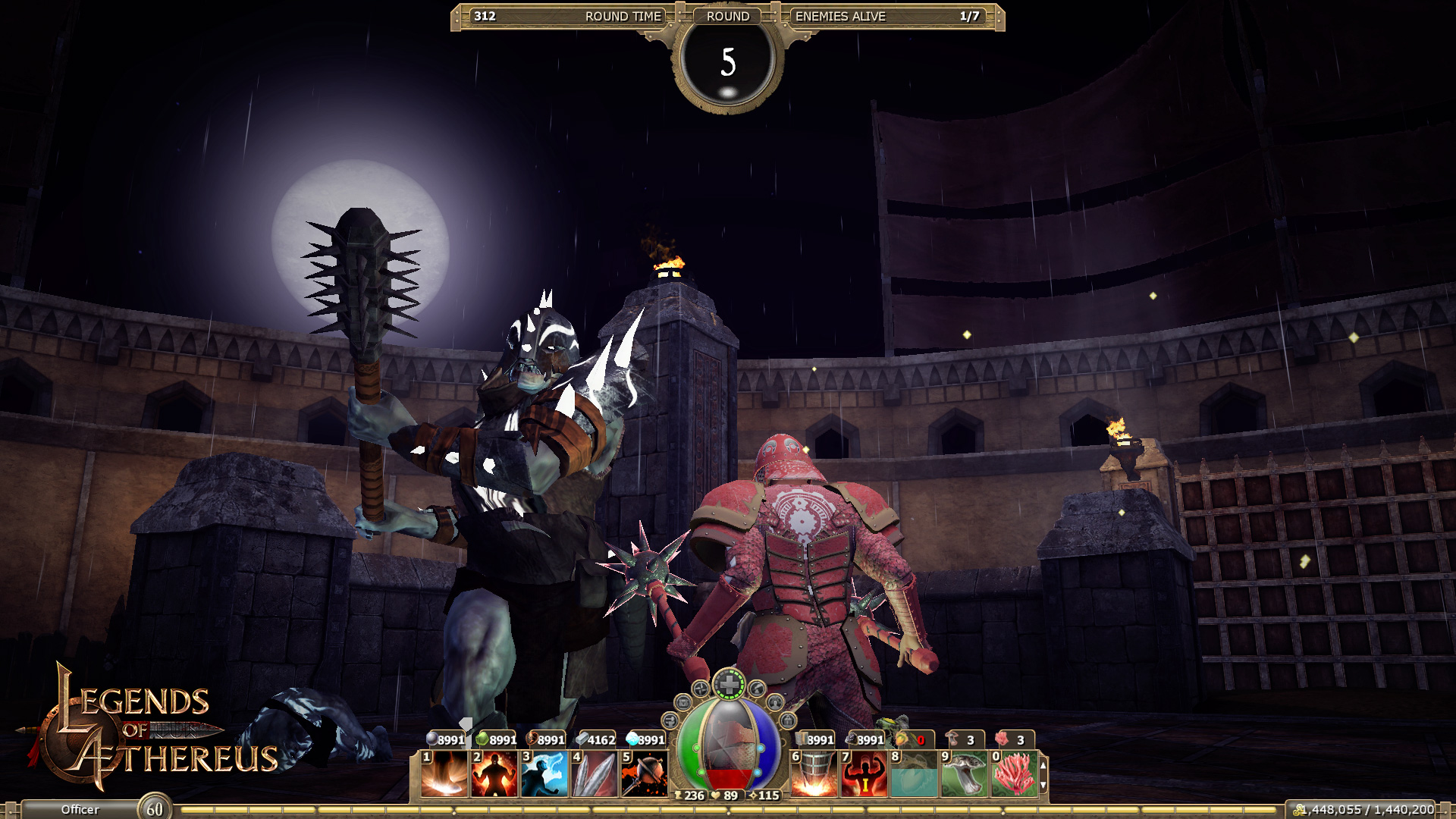 Normally a video game doesn’t take me long to figure out what it is trying to do or what it is about. Legends of Aethereus from Three Gates is the first game that we have to sit back and think what it is trying to be. At best it is a very generic crafting-heavy RPG that may not offer as much as its Kickstarter marketing seemed to sell us on. Don’t get me wrong, I love my fair share of RPGs. I still love the Final Fantasy series to this day, even though they have been a hit or miss as of late. At worst — well, its certainly not the worst game in the world.

Legends of Aethereus is a third-person action role-playing game set in a fantasy world, with plenty of magic, combat, and lush environments. It’s standard fare for what sounds like the beginning of a kick-ass RPG, until we realize that we have to craft just about everything we want to use within it. This isn’t a game, it’s work. Equipment and loot drops are about as rare as they can be, and even though we get to make better equipment for ourselves as we progress it instantly becomes a chore to get what we want.

The main driving force in the game is a questing system built on tedium, and I want to emphasize this. After the first mission, I felt like I had seen everything the game has to offer. After a few more hours of playing, my feelings were validated. Each quest starts us in the city of Nexus (the only city that we will visit in the game) where we gather your quests, proceed to the docks, and let the native airship take us to our location. When we’re about to venture off to our quest, we have the option to choose from Easy, Normal, or Hard quest goals. The missions take anywhere from 15 to 45 minutes to complete the checklist our quest giver provides us, but there are only two ways we can actually end them: either we can fully complete a quest or fail it. There is no way to complete part of the mission, take a break and return to town. If we return to town, the mission gets restarted from the beginning.

The most painful part of the game is the actual combat, where it feels more of a grind than anything else in the game. Most of the time I would think to myself “how come I am not hitting the monster?” or “how did I even hit it?” The animation itself is just all over the place, with monsters clipping right through me and still managing to deal damage. The range takes a bit to get a solid shot off as we have to stand completely still for our weapons to get a higher hit percentage, but even than it is not 100% accurate. 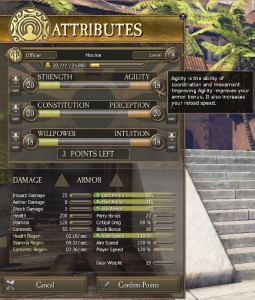 As our heroes level up, we’re are able to put points into character Strength, Constitution, Will Power, Agility, Perception, and Intuition. Each one of the attributes also increases the character specific sub-stats. For example, for my character (who is a range user) putting points in Agility will also raise Impact Armor, Leather Armor, Shock Armor, and Reload Speed.

But that aside, it’s still not enough of a fresh mechanic to differentiate the game from any other RPG on the market.

Legends of Aethereus is by far the most generic game I have played in a long, long time. It does not offer anything new to the RPG world and at times I often wonder if they had more time and possibly more funds that this game would have been better than what it is now. As I mentioned above, this isn’t the worst game in the RPG world but it is probably the most mediocre and procedural one. It fails to be innovative in any way, the combat system is buggy, and the loot — I WANT MY LOOT! The crafting system is probably the best thing the game does have to offer, but unless you have the time to grind out for loot it may not satisfy you.

On Kickstarter, Legends of Aetherus sounded terrific. In practice the game fell a bit short.

This review is based on code sent to SideQuesting by the publisher. Legends of Aethereus is available on Steam for $29.99.