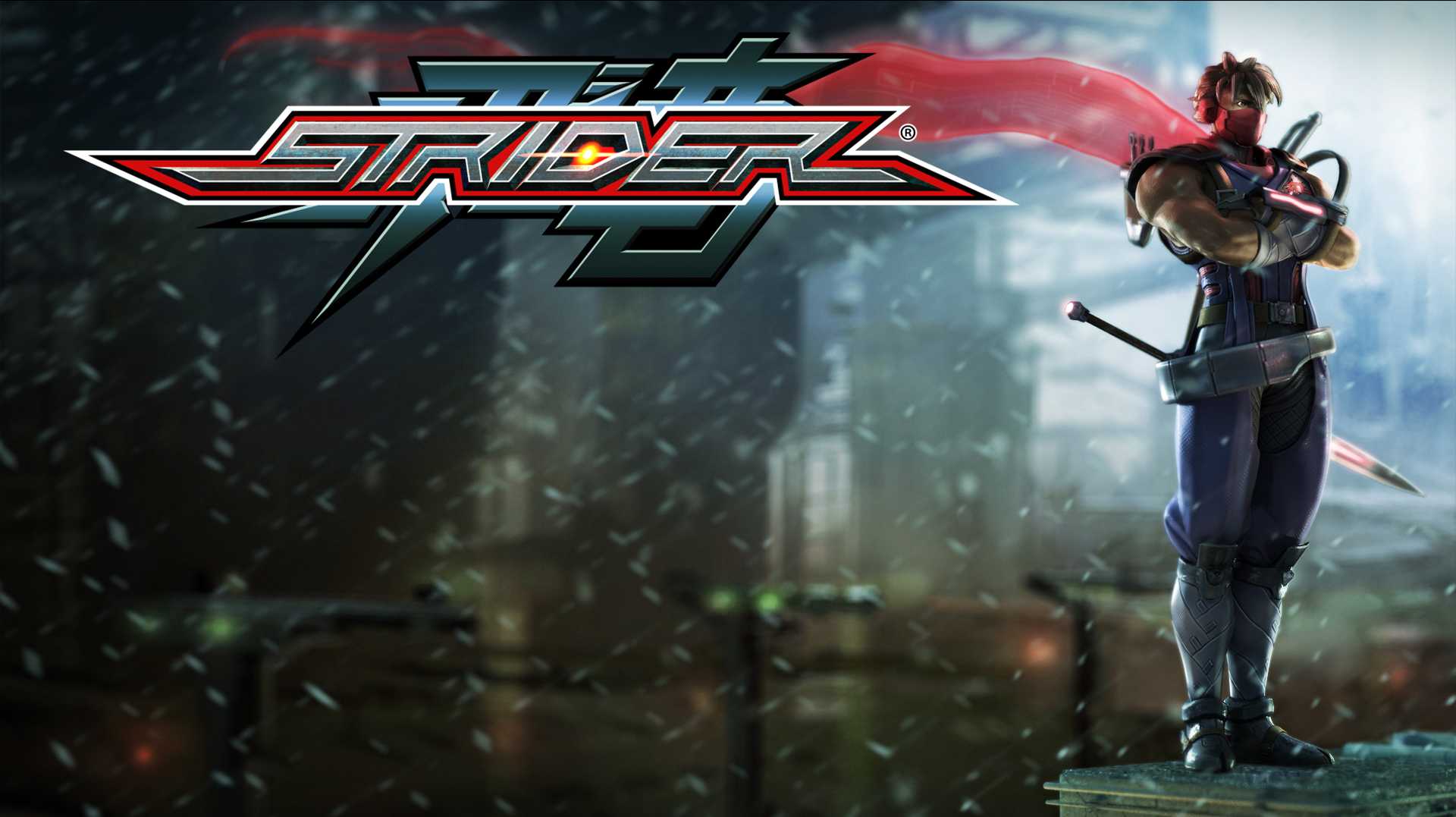 Double Helix’s remake of the arcade and home console legend Strider from 1989 is stuck between eras. Last fall, Double Helix defied expectations with Killer Instinct and people have been waiting to see if they could succeed with another reboot of a forgotten franchise, Strider. (Not the arcade version, but the NES version — or is it the arcade edition?) Therein lies the problem with Strider 2014; the commitment to the lineage is not eloquently produced while the contemporary additions fall flat.

Strider doesn’t care about introductions. He hang glides into the battlefield ready to slash some robot soldiers to pieces with one mission objective: assassinate Grandmaster Meio. The lackluster story is highlighted by the lore that is hidden in the collectable system but there is no incentive to run around to collect these story fragments only to reach 100% completion. The unique settings of the original Strider games are lost in a menagerie of environments that all look alike. This is problematic because the new Strider focuses on exploration in the same vein of Shadow Complex or Guacamelee but without any of the joy those games bring to discovering their unique worlds. 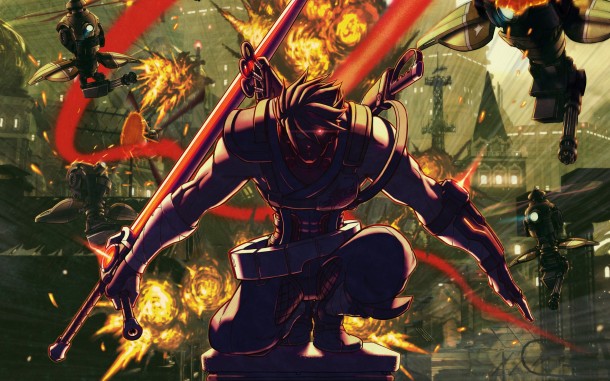 Running through the environments as Hiryu is clunky and never feels right. The high-octane kinetic controls from Strider 2 are lost to more animation-heavy movements of this new Strider. To be fair, the animations look great and the game’s 60 FPS on the PS4 make them sing. But oftentimes I would vault over a ledge when I wanted to jump, get stuck on a wall and die or launch special attacks in the opposite direction of the enemies because I couldn’t tell where Strider was on the screen. The surface looks great but at the cost of gameplay.

Playing on the “normal” difficulty is frustrating as Hiryu feels like a glass figurine, which makes even the slightest mistake result in failure. I never felt empowered as the cyborg future-ninja at the beginning of the game and after acquiring some new abilities — mainly the kunai — the combat sections were trivialized. New cypher upgrades led to some moments of great combat puzzles but the combat between those upgrades becomes stale. After the fifth time trying to get through an area I was tired and wanted the section to be over. 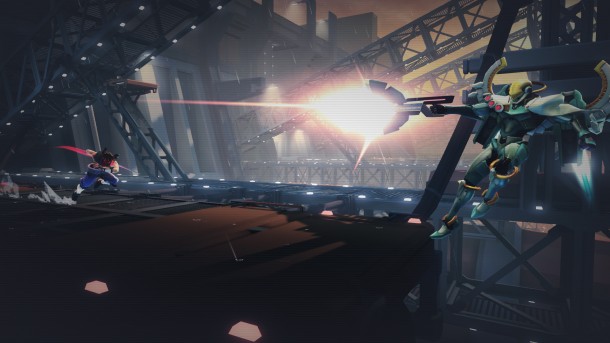 The pure platforming sections of the game are entertaining but Strider doesn’t enjoy its own sense of fun. A lot of these sections are fluff serving only to artificially lengthen the game. Most of the boss battles are entirely lifted from early Strider games, which is very disappointing when you expect at least new variation after fifteen years. When the credits started to roll I wanted to dust off my PS1 and play Strider 2 again to remind myself why I got excited at last year’s Comic Con when Capcom first announced the reboot.

Strider 2014 is beholden to the series, picking apart what made the originals great. When it shines it is still a shadow of the originals and at its dullest it feels rushed to the market. The lack of polish left a sour taste in my mouth and makes Strider hard to recommend to fans of the franchise or fans of this style of action-adventure games.