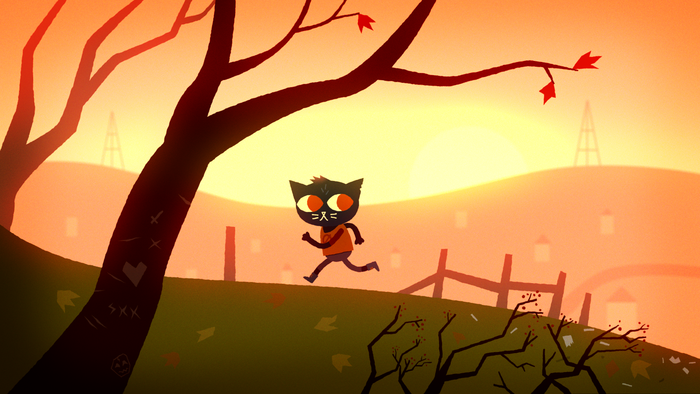 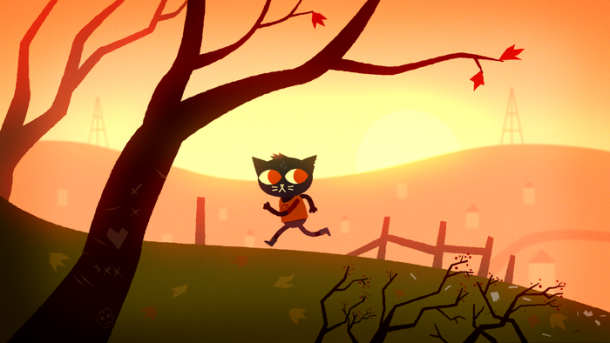 Night in the Woods is one of the great Kickstarter success stories. Designer Alec Holowka, developer of Aquaria, and award winning animator Scott Benson asked for a modest 50,000 dollars to make a personal game. The community reacted by pledging four times the request development cost. During GDC last week they finally showed off the first hands-on access, showing how they responded with a bold and daring game.

Night in the Woods is a departure from the Metroidvania that is Aquaria and focuses on a story not told often in video games. The demo started with Mae, a college drop out with an anger filled past, waking up in the late afternoon with the objective of lighting herself on fire to haunt people. Mae is upset that she missed “donut time” with her parents and decides to find her best friend Gregg. Outside of the central search goal Night in the Woods gives the player space to become the character of Mae. To further this freedom, the writing and art style create an inviting atmosphere.

There is one similarity between Night in the Woods and Aquaria, and that is the emphasis on exploration. Even after only three months of development the establishing scene for the game is full of character and side areas to explore. Each side character has their own story, and the dialogue with each of them is sharp and funny. Characters are not funny in the classical sense, but they are humorous because they’re based on people that are common in life that aren’t represented in video games.

As a supporter of the Kickstarter I was not disappointed in the small taste and I wanted to dive into the world of Possum Springs. Night in the Woods comes from a personal place and that is notable in the relatable characters and the time spent on the smallest details. There are still many mysteries as to what will be in the shippable game, such as the promise of multiple characters that were loosely introduced in the demo, but with a January 2015 launch date there is a lot of room to grow.

*The writer of this piece is also a Kickstarter supporter of the game.