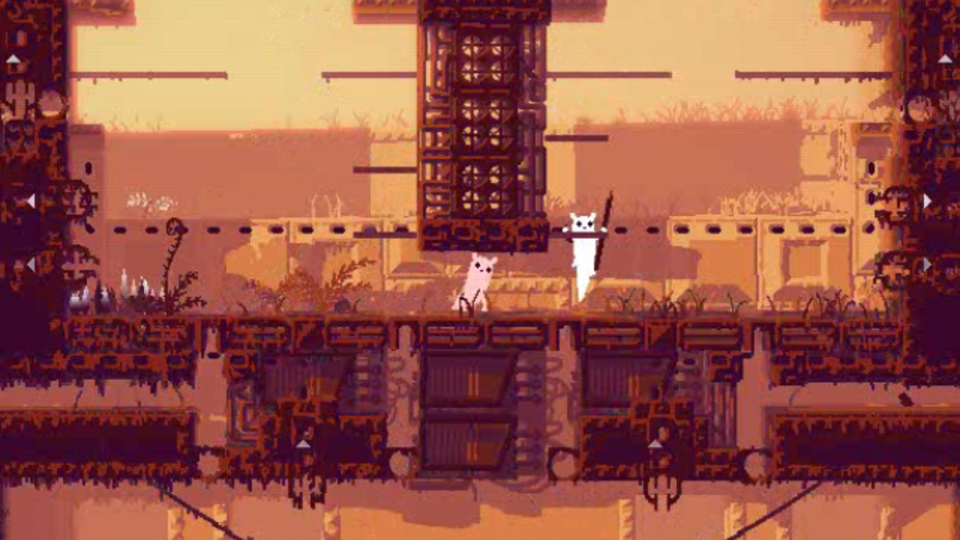 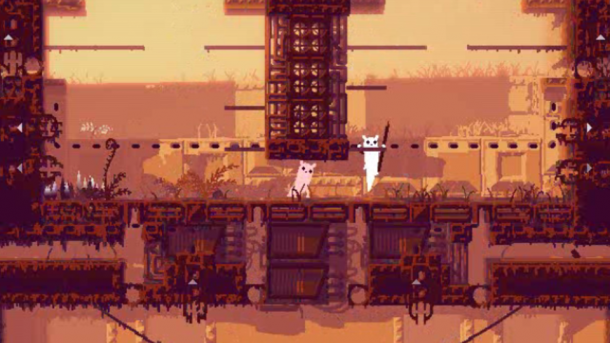 Ever since the Rain World Kickstarter campaign launched I have been interested to finally get my hands on the game. The main reason being that after watching the trailer I could tell that the animation of the slugcats, the mascots and heroes of Rain World, is something I would need to play in order to be convinced that it works. To everyone who is wondering if the game feels good, Rain World doesn’t just play well, it plays great.

The developers were showing off the game for the first time on the PAX East show floor thanks to a recent partnership with Adult Swim Games. The very early showing of the game involved two slugcats in an arena trying to survive against the lethal lizard monsters. Each arena is a large post-apocalyptic style zone that is bleak and full of pipes to navigate and hide in and behind.

Navigation is key to survival in Rain World, where both the ways of escape are minimal and the controls for the slugcats are not normal. However, a large part of animation heavy games is forcing the player to change the way they look at the situations, and to Rain World’s credit the game taught me quickly. This doesn’t mean I didn’t die 90% of the time; the game is difficult and the weapons, such as the spear and rock, take a little finesse to use effectively.

Rain World will largely be a single player game in the final release, but for a small tease of an early version the game is enjoyable. The tight moments between the slugcat out-maneuvering the monster are satisfying when they work, but most of the time they didn’t — again, the early stage of the game was probably the reason behind this. When the final version is release for PC, Mac, Linux and PSN next year the game will not be a constant scurry to survive, aiming to become a more personal slugcat tale.