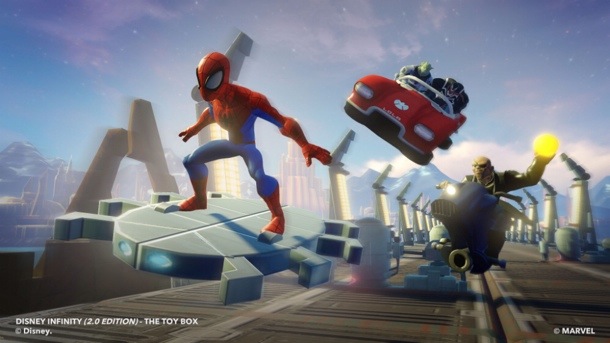 I admit that I haven’t been a huge Disney Infinity fanatic. I enjoy the highly collectible figures, moreso than the game they were built for, but the digital adventures seemed lacking to me. The latest changes to Toybox mode certainly seem positive, but what about the actual action and “game” aspects?

With the upcoming Marvel Super Heroes, Disney’s Infinity team has made the necessary changes and created a world that may satisfy even a grizzled gamer like me.

Let’s go over the finer points of my hands-on with the game last month:

Great characters? Check.
I play the Spider-Man playset as the web-slinger, swinging around the city easily and taking out criminals in hand-to-hand wrestling-style fights. Spidey’s fighting style is faithful to his early comic origins, featuring more close-up attacks than just distance web shots. Nova and Captain America are a joy to take for a spin as well. Nova especially seems fantastic to play with. His ability to fly adds some neat vertical fighting and travel elements, and thanks to his speed he is able to zip around the expansive map quickly.

Good style? Check.
The design of the characters is also spot on. The Avengers cartoon art style translates perfectly to Infinity, and is a great mix of franchises. The effects are animated well, as powers (and even explosions) are bright and colorful. This is aimed at kids, but has the look and feel of a Pixar film.

Giant world? Check.
The city that the playset takes place in is huuuuuuge. At about three times the size of the Incredibles playset in the first game, the Avengers-based city feels quite open and lively. In fact, it reminds me of the LEGO Marvel world, with a terrific level of detail in each area. The city streets are wide enough to fly around in as Nova and long enough to swing through as Spider-Man. As Captain America, launching my shield around the open parks at enemies is unhampered.

It’s difficult to feel claustrophobic in this world. 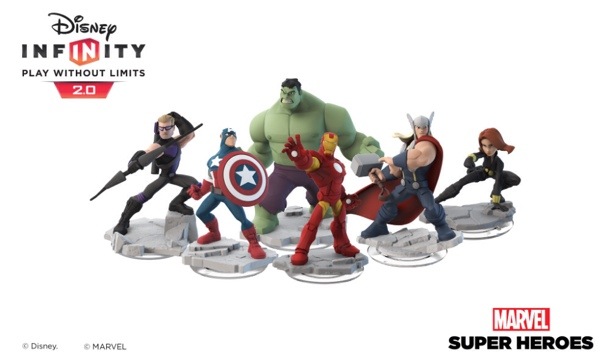 Action? CHECK.
Much like last year’s great LEGO game, Marvel Super Heroes includes a bountiful supply of missions and sidequests. Just five minutes into my session, I’m able to battle Venom’s symbiotic clones in one area and enjoy a speedy fly through the city in another.

Disney Infinity 2.0 is an evolutionary build on its predecessor, but the addition of Marvel’s characters seems to open the game to a huge variety of possibilities, as well as the ability to play a more traditional style open world adventure.