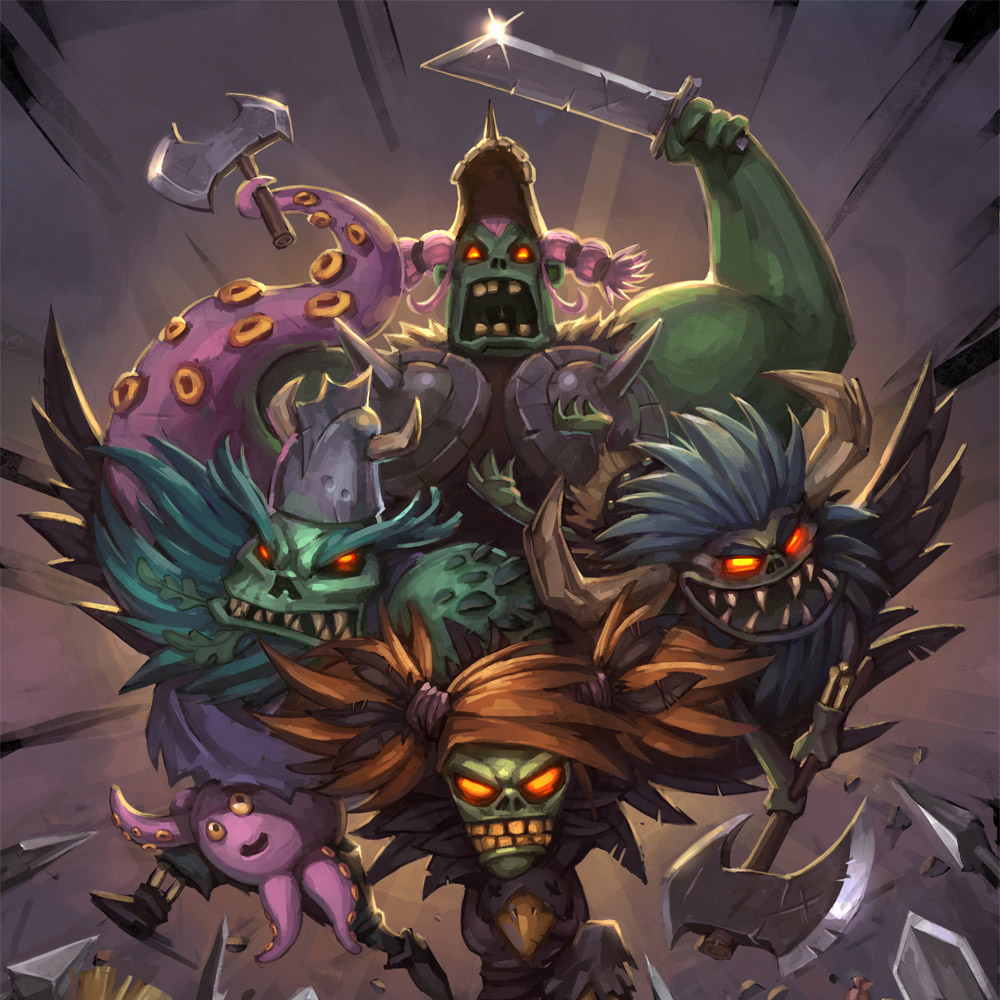 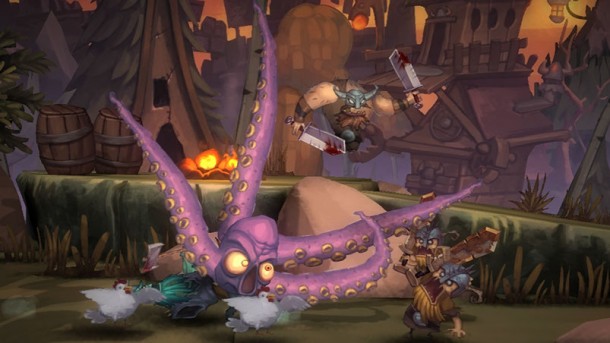 I’m a sucker for good brawlers. There’s a certain level of “unwind and go mindless” to the beat’em up genre that let’s me unfocus from reality and just mash buttons until something happens. It’s a perfect palate-cleansing experience.

When a brawler has something special attached to it — be it mechanics, plot, etc — well that makes it ever that much more special, like a great beverage when you just needed a thirst quencher.

I get the feeling that Zoink Games’ Zombie Vikings could end up being that kind of brawler.

Announced last year, Vikings has actually been in product since March of 2014. Developers Zoink Games have been working over the past twelve months with a team of up to 16 people (out of the studio’s 20) to finish the game before its expected launch in July of 2015. 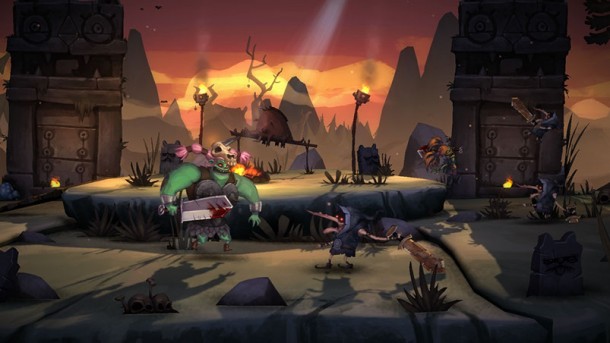 The online and couch co-op multiplayer game stars up to four undead vikings, brought back to life by Odin to pursue a magic eyeball that was stolen by Loki. “We were inspired by Norse mythology because it’s kind of ridiculous,” Vikings director Klaus Lyngeled told me as I spent some time with the game at PAX. “We wanted the story to seem like it was written by Napoleon Dynamite.

The hack-and-slash gameplay and mechanics should be familiar to anyone who’s picked up a game controller in the last 30 years, and I definitely felt right at home.Each character has their own story and gameplay quirks, with abilities and even movement directly linked to their size and motions. I chose a huge female Viking which could rush at enemies and knock them over. Movement generally scrolls to the right, up and down floors and into the foreground and background. There are a lot of secrets in the game for intrepid adventurers who traverse all of the terrain, Lyngeled explained, which can improve weapons and give greater treasure. Moving across a land bridge into one foreground area opened up a sidequest for us in which we were tasked to rescue a character, leading to better weapons for our group. 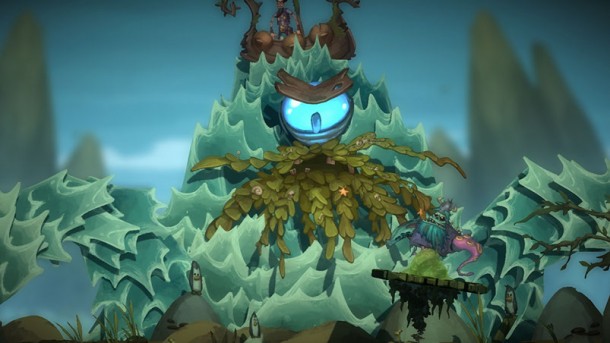 Zombie Vikings is one of the few games that really explores the positives of zombification, making the game not only unique s a brawler but also pretty bonkers. For one, the concept of “death” simply means that players’ zombie heads are knocked off of their bodies, prompting teammates to pick them up and take them back to the corpse for revival. Instead of just lying on the ground, heads can bounce around, bite and attack enemies and be generally useful. Another zombie trait allows the team to combine into a sort of Frankenstein’s Monster, stitching body parts and sending the new beastly unit into an impervious rampage. Each player controls a different aspect of the beast, even if there are only two or three players in the game.

But even after all of that, it’s the art style that remains memorable. Since this is the same team that brought us Stick It To The Man, the art is an evolution of that hand-painted style. “We wanted everything on the screen to seem like concept art,” Lyngeled told me. It somewhat reminded me of the amazing art of Rayman Legends: lush, living, splashes of hot and cold, dark and daylight. With everything happening on the screen at one time, and all of the colors and explosions and magic, it was a little difficult at times to see what I was doing.

But that’s almost a perfect reflection of the genre: I don’t necessarily need to be ultra-precise in my actions, as I could just button-mash my way out of any issue. With the great art and whimsical story, and the ability to use my undead corpse in some “unique” ways, Zombie Vikings may very well end up a game that offers up just a little bit more than what we typically expect out of the genre.

Zombie Vikings is coming to PS4 and Steam in July 2015, and Xbox One later in the year.