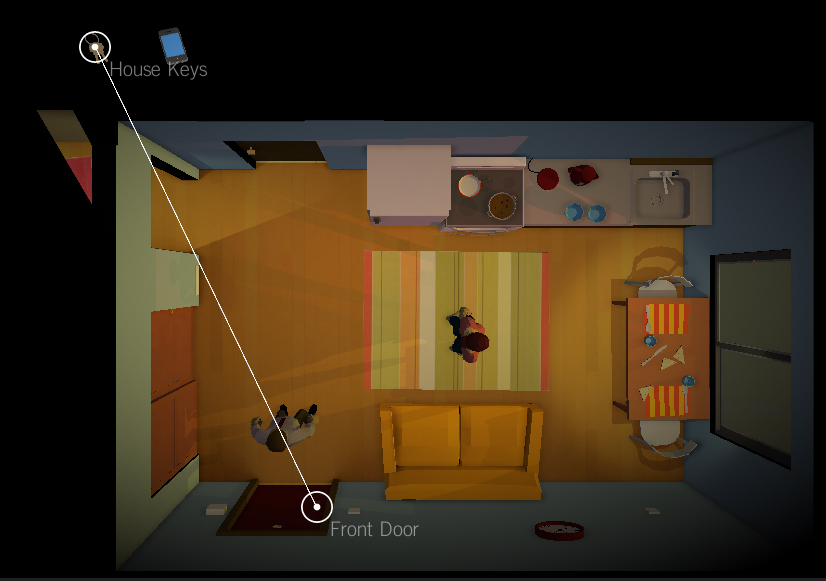 You return from work and get ready for a meal with your wife.

Twelve minutes later, someone knocks at the door. It’s an officer.

You and your wife are cuffed and are told she’s wanted for her father’s murder.

You struggle to break free, and the officer knocks you out.

You return from work and get ready for a meal with your wife.

Twelve minutes later, someone knocks at the door. It’s an officer…

This is Twelve Minutes, the puzzle adventure game by indie game developer Luis Antonio that has you re-living the same twelve minutes over and over again.

For a top-down point-and-click adventure game, Twelve Minutes is minimalist in design. The player is charged with controlling navigating the main character through his one-bedroom apartment, trying to find clues as to what is happening and how to stop the loop. Despite the small environment, the game succeeds in eliciting a constant sense of urgency and providing the player with many ways to interact items. If anything, the limited setting helps add to this feeling of despair, as I frantically searched the apartment for things to stop what seemed to be the inevitable. Perhaps the most interesting thing was the working cell phone that you can use to read old texts and call numbers to flesh out the story, and I hope there’s a lot more of this later. At one point during my demo, I was scouring my wife’s cell phone texts and found a phone number. I physically jotted down the number on my notebook so I could dial it. 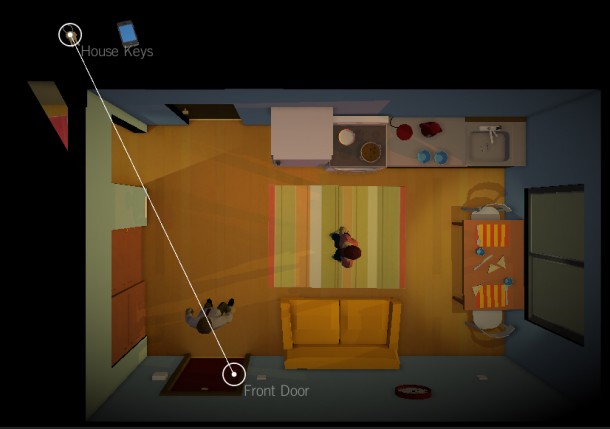 According to Antonio, the game occurs in real time and can be completed in as few as two loops (the first one is necessary). “You’d have to really, really know what you’re doing, though,” he added. The first run should take the average player about six hours to complete (that’s 30 loops).

After playing through a few loops, I hooked. I wanted to know more. Twelve Minutes boasts an extremely unique concept and is tucked away deep in the Indie Mini Booth at PAX East. If you’re reading this and the show is still open, look out for it. It’s the one boasting one of our ten PAX East Team Choice Awards.