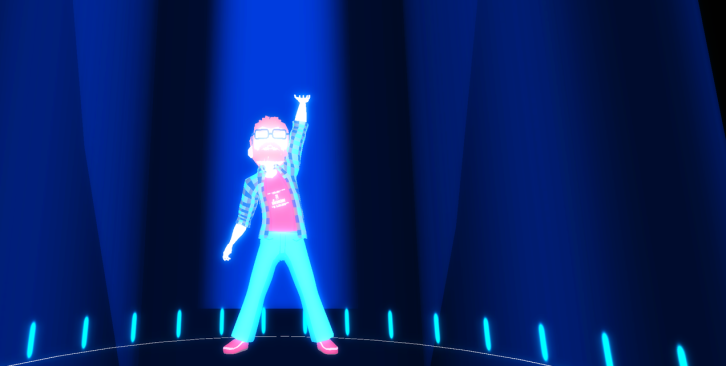 Like Alice in Wonderland, it all begins with a trip down the rabbit-hole. Except, in the case of Y2K, there is no rabbit, nor is there any hole. Instead, Alex finds himself teleported into a strange dimension through his pursuit of a cat with a Salvador Dali mustache.

Ackk Games’ latest project is described as a post-modern RPG, and that, frankly, is the most accurate description possible. Surreal environments and stylish graphics contribute to this trippy adventure that borrows readily from Earthbound and Haruki Murakami novels. 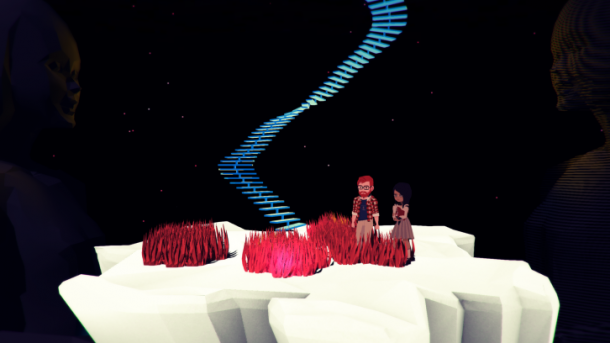 Just like any surrealist painting, the gameplay of Y2K is delightfully difficult to wrap your head around. On one hand it touts many traditional JRPG elements. Combat is initiated through “random encounters” with monsters throughout the world, represented by tiny, sprite-sized beasties. Naturally, turned-based combat grants players valuable experience, but the combat is rendered more dynamic through quick-time events that allow players to dodge or power up their skills. Objects found around the world can make instant-kill attacks (such as a giant bomb) or impromptu tools (such as the ladders that are also used to reach areas in the overworld).

In addition to these JRPG elements, the game fluctuates between puzzle rooms and platformer. The use of allies like stuffed talking Pandas or the aforementioned cat help Alex flip buttons or switches. At other points, players must dodge sawblades on a floor made of moving conveyor belts or carefully navigate a maze whose path is only periodically illuminated by lights. This all makes for an experience that’s as fun as it is mind-boggling and unpredictable.

Unsurprisingly, the surreal and often dangerous series of dimensions in the demo are all part of Sammy’s “apartment,” the owner of the cat and eventual party-member. This is an apt representation of Y2K’s tone, which constantly confronts players with inexplicable things while subsequently defending their normalcy. 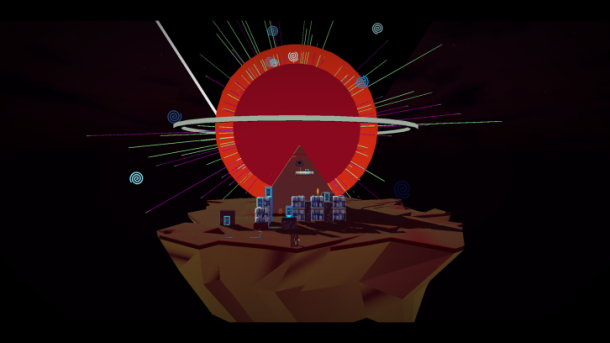 This first “apartment” area hosts a variety of environments in and of itself. One room is a series of windows suspended in space, each of which acts as a portal. One of the strangest rooms consisted of a series of platforms in front of a pyramid. To pass this room, I had to navigate a button-based puzzle, reach the top of the pyramid, and poke the all-seeing eye at its peak. This caused the eye to water, granting me access to yet another room and another puzzle.

Y2K feels like the fever dream of a grad student studying post-modern literature. This works to its credit, as there is often an underlying intelligence lurking in its non sequitur oddities. Even at its most weird, the game is fluidly designed, entertaining, and, at times, darkly comedic.

Ackk Studios currently plans to release the game in late 2015 on PC, Linux, the Playstation Vita, PS4, and the WiiU.