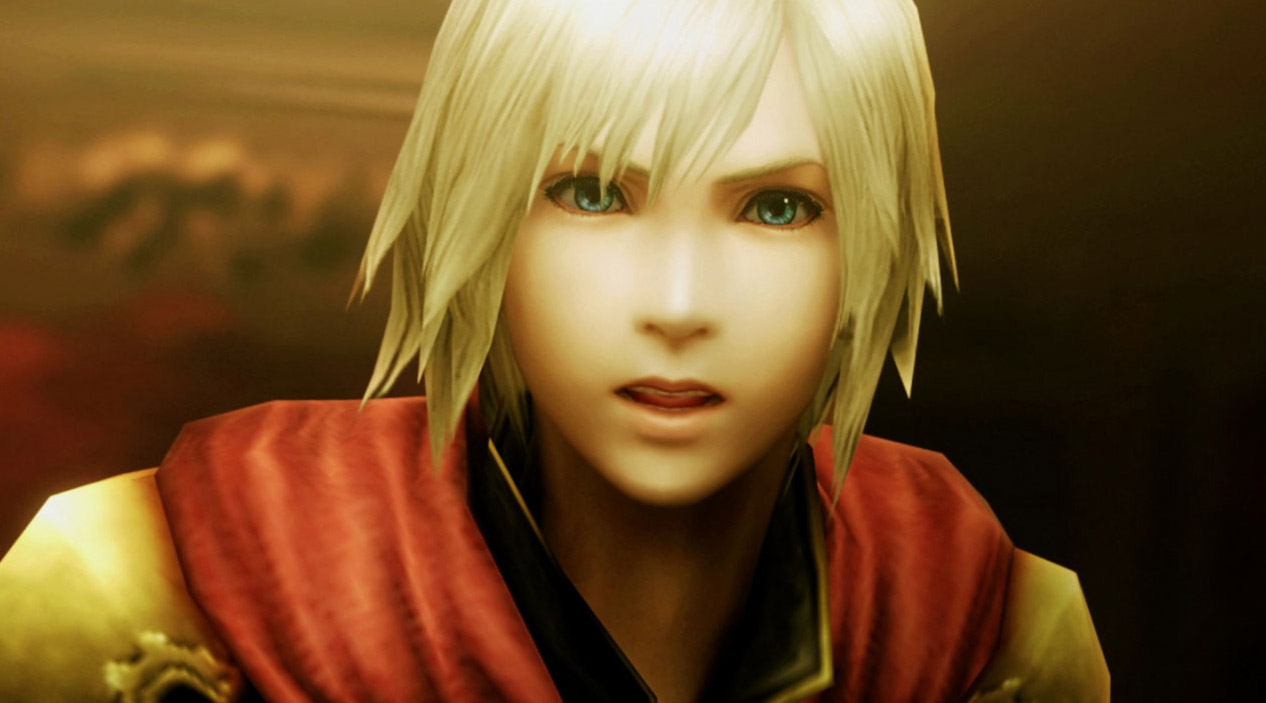 For years, Final Fantasy fans have theorized over why the game was denied a release outside of the Japanese 2011 launch for the PSP and, for years, they’ve been entirely wrong.  Type-0, formerly Agito XIII, wasn’t held back because of music licensing issues or Japanese voice acting contracts, but for a much sinister, simpler truth: Final Fantasy Type-0 is a bad game.

Type-0 HD had a lot going for it; an explorable world map (not seen in the series since Final Fantasy IX), a real time combat system a la Crisis Core and Birth By Sleep, chocobo breeding, a pilotable airship, a more politically charged “mature” story line, and a slew of playable characters. But it was immediately apparent that somehow during development, Square Enix forgot how to make a compelling action-RPG (if only briefly).  Two of the best action-RPGs for PSP, Crisis Core: Final Fantasy VII and Kingdom Hearts: Birth by Sleep came out in 2007 and 2010 respectively, so what went wrong with Type-0 and why didn’t Square Enix fix it for the HD remaster?

Let’s start with the latter: Type-0 HD is about as HD as Square Enix can legally get away with marketing while putting in the least amount of effort. To say this remaster is disappointing is polite at best and delusional at worst. Outside of the fourteen playable characters, all of whom received completely new models, not much else was changed. This is especially jarring during cutscenes where you have one low-res, fingerless PSP model talking to a higher-res, fully articulated HD model. Likewise, the FMV cutscenes, excluding one specifically created for the remaster, look blown up and blurry. This is pretty common with HD remasters but is especially apparent with Type-0 HD.

Environments have terribly blown up textures that do an outstanding job of making this game look cheap.  Barren towns and caves highlight the world map, but outside of a handful of NPCs or level 99 monsters (more on this later), there’s not much to them. Locations are all too similar, constantly reusing maps or assets, which would be understandable if this was still the PSP version due to the limitations of that system. However, Square Enix missed a prime opportunity to give these places a piece of well-needed identity. In fact, there’s absolutely no ambient noise (something added even to the Birth by Sleep remaster, so, you know, precedent) and if you turn off the music, you’re left with complete silence other than the constant squeaking of the main cast’s fresh pair of keds.

The cast of Type-0 HD is equally as banal as the environments they inhabit. Type-0 puts the player in charge of a bunch of ruthless, murderous teenagers known as Class Zero. Everyone in Class Zero is named after a deck of cards (Ace, Deuce, King, Queen, etc) and that’s about as interesting as they get. There’s nearly no character development over the course of the ~30 hour campaign and any bit that you do find is accompanied by some of the worst voice acting since Chaos Wars. Luckily, there’s a Japanese voice track to make it a bit more sufferable. It’s strange too, as I was going to write off the game’s voice acting as “completely fucking awful” until the ending scene, which, for some reason was fantastic. It was bizarre and a little bit infuriating that the entire game wasn’t given the same treatment by the voice director.

Unfortunately, for a majority of the game, you’re left with the Final Fantasy equivalent of a Saturday morning cartoon cast, complete with insufferable catchphrases (Nine’s “Hey, yo!” “Yo… hey!” and “YO HEY YO!” come to mind immediately). Shout out to Rem’s voice actress, however, for somehow saying “Why, my friends and I were sure yourselves were just one of Akademeia’s urban legends now, we were!” and not immediately walking out of the recording booth. Yes, that’s an actual quote.

Borrowing the mythos of Final Fantasy XIII—more on that in just a second— Type-0 takes place in the warring continent of Orience. Class Zero hails from Rubrum, one of the four nations vying for total domination. They reside in a place called Akademeia, where teens can go to become full-fledged warriors in order to take on the other nations. Due to its involvement in the Fabula Nova Chrysallis project Square Enix started in 2006, Type-0 uses a lot of the same mythology found in Final Fantasy XIII while not being directly connected to that universe. Therefore, you’ll find a lot of talk about l’cie and focuses and whatnot but altered in a way that suits the game’s universe. It works well enough to start, but it barely uses any of it to good effect outside of codices.

In fact, a lot of plot points fall flat over the course of the game. Dying in the world of Type-0, for instance, causes the great crystals to almost completely erase that person from everyone’s minds. However, instead of being a driving force for the characters, nothing ever comes from it and whenever a major character dies, there’s just nothing. Even worse, the game throws plot twists out like candy but they intentionally make no sense at all. This is because Square Enix wants you to play the game more than once, so they withheld key scenes from the game that can only be viewed on second and third playthroughs. By the time I had reached the end of the game, however, I had absolutely no desire to play another round.

It’s a shame, too, because the gameplay is somewhat decent. Each of the game’s eight chapters is divided up into a couple of missions. In between each mission, you’re given a specific allotment of time to run around Akademeia in order to chat with your classmates, buy weapons, take courses, breed chocobos, and if you have the time, run around the world map. Taking courses and talking to NPCs takes two hours of your time away, while exiting to the world map takes six. Unfortunately, there’s never really enough time to do much at all until the end of the game where I found myself having too much free time and auto-skipping to the next mission.

Outside of Akademeia, you’re free to explore the world map complete with random battles, chocobo riding, and even airship fighting. Sprinkled throughout the world map are visible enemies, but they’re usually level 99 and are meant to be tackled on a second playthrough. More often than not, however, they’re just there to piss you off by outrunning you and slaughtering your party. Fortuntately, since phoenix downs are extremely rare in game (I only ever found two, but they revive all of your characters), you’re able to revive party members by entering towns as long as you’re not in a mission.

Type-0’s battle system allows you to take three characters into your active party while the rest remain in reserves. Dying frees up a space in the active party and you can pop another person in at any time. However, unless you have a phoenix down or a phoenix pinion that casts reraise, dying is permanent for the remainder of the mission. It also counts against you on the mission rank screen. This wouldn’t be so much of an issue if your teammate AI did anything other than stand around and occasional cast firaga. Lose all fourteen members and it’s game over, but it’s pretty rare for that to happen.

Combat is pretty basic but oddly satisfying due to the kill strike system. While fighting enemies, a red marker will appear briefly notifying you that there’s an opening in the enemy’s defenses. Striking at that very moment allows you to instantly kill the enemy. After killing any enemy, you’re able to absorb “phantomas” from their body that you can use to enhance your magic. Each character has four commands mapped to the face buttons that they can execute in battle: a basic attack combo, two abilities or magic attacks, and a defensive magic or dodge/block. Leveling up allows you to spend ability points to unlock new moves and enhancements for your current abilities.

You’re also given the option to summon Eidolons into battle, but I rarely used them as sacrificing a party member for a temporary one never seemed worth the trouble. While on missions, you’re given the option to call for back up from Akademeia, which replaces the PSP’s multiplayer by randomly replacing your party members by shadowy versions of other class zero members. Instead of gaining EXP, back up games SPP, which, if they survive, can be spent on special items at Akademeia. Likewise, you can also accept option “special orders” that task you in doing different things in battle, such as not getting hit or survive for x amount of minutes with death being the penalty for failure. Special orders, however, never seemed to pop up correctly, and more often than not I would have already completed the battle before the first one would even appear.

On top of all that, there are optional RTS-like battles that take place on the world map, but they’re awkward and mostly uninteresting. Sadly, for all it has going for it, combat is hampered by vomit inducing motion blur and a lock on system that just simply doesn’t work, which is insane since game developers solved lock on nearly 20 years ago. Interestingly enough, playing Type-0 on the Vita via remote play lessens the effect of the motion blur while also hiding some of the uglier textures.

On the plus side the music is phenomenal, but it’s not really used to great effect inside the game. Typical that the best part of the game is the one part you actually don’t need to play to experience.

Square Enix had the chance to take a mediocre PSP game and turn it into something much better, but instead took the easy way out and gave us the gaming equivalent of a student who turns in their original rough draft as a completed assignment. It’s odd, because I feel like I understand people who were slighted by Final Fantasy XIII (just kidding, I don’t. Final Fantasy XIII was amazing). If only I had a crystal that would help me forget about this waste of a game.

But hey, at least it was free when buying that Final Fantasy XV demo, right?

This review is based on a copy of the game purchased by the reviewer for the PS4. 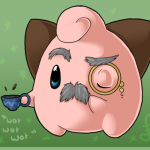 Cory Rolon is an all-around good guy. If you haven't followed him on Twitter yet, you don't know what Twitter is for.