VoidExpanse review: Memories of Being a Freelancer

Home » Featured » VoidExpanse review: Memories of Being a Freelancer

I’m honestly a little bit shocked at how much VoidExpanse grabbed me. These types of games — meaning top-down, action style space games — tend to be very hit or miss. Sometimes they have enough redeeming qualities that player can dig into them, easily forgiving the little imperfections or issues. Equally as often those same imperfections and issues can entirely break the experience.

Everybody who plays space games has that one, though, that they call back to with every new experience. For a lot of people it’s Wing Commander games. For me, it’s Freelancer. Right now, I’m very glad that my touchstone is Freelancer, because VoidExpanse nails being a top-down Freelancer. 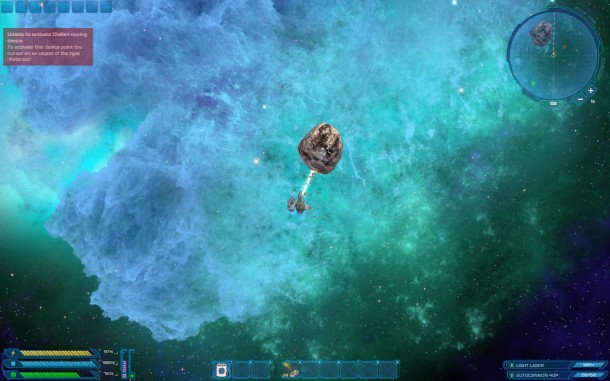 In space, no one can hear your beams.

But they aren’t entirely the same. Here’s what they have in common. You get to fly around in space, doing whatever you feel like. You can toss some guns on a ship and fly off to fight pirates, either for fun or as a way to complete missions for money. You can pick up a big, slow mining barge and slap some mining lazers on it, digging into asteroids for resources of varying rarity to haul back to a station and sell. You can buy goods from stations and haul them to other stations, in other solar systems, to sell at a profit.

Basically, you can sort of do whatever you want — something pretty common in space games. 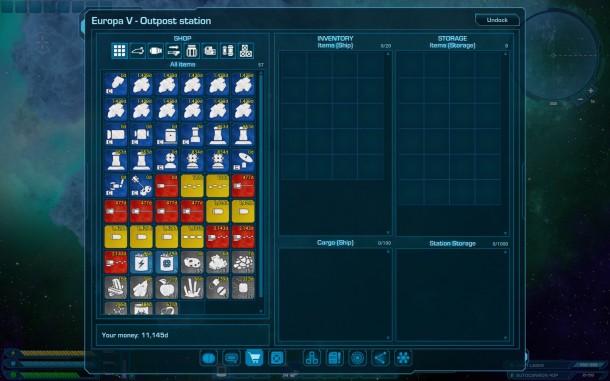 Look at all these things I don’t need! Until I get blown up and need to replace them.

Here’s what’s different: the combat doesn’t suck as hard as it did in Freelancer. Being limited to a top-down perspective means the dogfighting happens in flat circles as opposed to constant looping barrel rolls, and because most weapons track on a pivot here, you aren’t spending precious minutes just trying to land a chance hit. Enemies go down fast, unless they severely outgun you — in which case, you go down fast.

In Freelancer, you basically ground out money to buy bigger and better ships, and if you were very lucky you could find some obscenely powerful weapons to stick to yourself, demolishing anything that came your way. With VoidExpanse, you can grind out all the money you want, however you want, but you won’t be getting that warship right away. VoidExpanse has a robust RPG element to tackle, on top of everything else.

Doing anything in here is probably gonna earn you experience, which in turn will earn your pilot levels, which come with points to allocate across a varied couple of trees. You can sink points into being a better negotiator, for example, as long as you’re the right level and have enough points — but those are points that could be spent unlocking the ability to pilot larger ships.

It can be a tough choice. Which is better? Making a few extra bucks when selling cargo, or being able to fly a ship that can haul a thousand more units of cargo to sell? Better engine tuning to help you survive longer in dogfights? Or stronger guns, so you can win those fights before you need to think about surviving?  If you’re anything like me, you want it all. Which means lots of grinding. Which, considering how tight VoidExpanse plays, isn’t a bad thing. 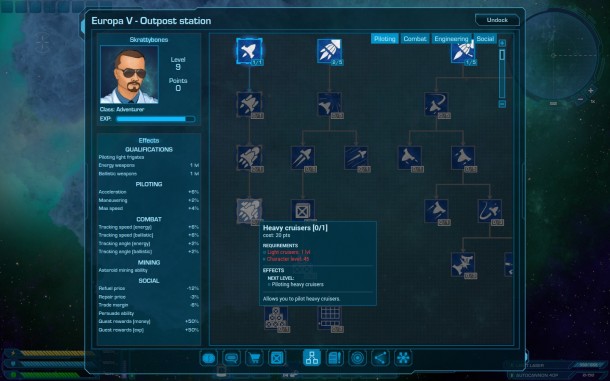 Oh, heavy cruisers. You will be mine, someday. And then the galaxy will burn.

While I’ve mostly stuck to the basics during my time with VoidExpanse, I can absolutely see a point in time where I just start exploring the different solar systems, to see what I can find. Maybe there’s something neat out there. Maybe there’s a secret prototype weapon I can use to take down entire space stations.

They say the sky is the limit, but this is space. If I reach the sky I can just hit the nearest warp-gate and find a whole new sky to explore.

This review is based on a copy of the game sent to SideQuesting by the publisher for PC/Steam.