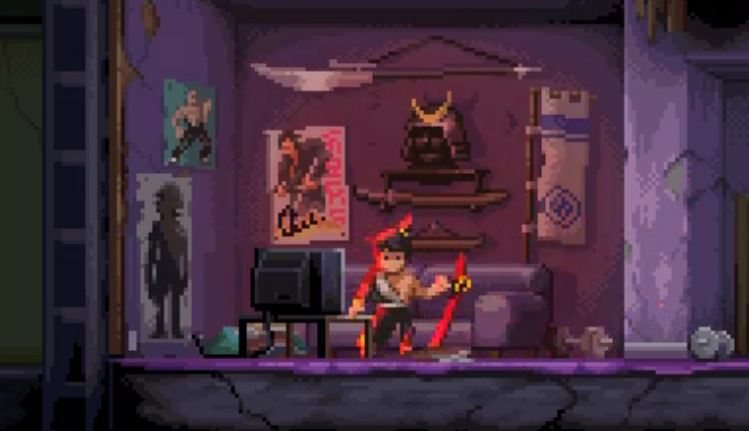 With so many people at GDC this past week, it’s a wonder that any actual game development work was done at all. Except, THERE WAS! Evidenced by a tremendous amount of work and conversation, this week’s #screenshotsaturday had a lot of great work to show off. Developers were on fire displaying key status points in some fantastic games and ideas. Have a look below, and keep an eye on a lot of these!

Low-Poly is the new rage in indie development. Racing Apex takes the style and applies it to racing. This week, the developers gave us some views of the game running in night mode.

Secret Monster Society is an adventure game with the style of Toejam and Earl. The characters in this snapshot think something is a bad idea, but I’m inclined to think that they just can’t see the nice visuals.

The Legend of the Artifact Remastered is a remake of a semi-popular indie game from a few years back. This latest version aims to take the original and get it to the levels that the developers had always intended. Up to 8 peeps can get together to play this action-platformer, and I like that it has some Earthbound-y style elements to it.

Titans and Tyrants looks like another low-poly game that I may have to check out. Hexagonal strategy? Sign me up!

Katana Zero may be the next visually stunning pixel-zed action game that we’ll be hearing about for the next year. Best to keep an eye on this one.

That feel when you’re back from a week at #GDC16 #screenshotsaturday pic.twitter.com/F0bWWcieux

Justice Royale mixes cartoony style with brawling action. I like the audio effects in this one.

Knocked out? No prob! Get up and finish the fight. @zaplingstudios #JusticeRoyale #screenshotsaturday #gamedev #beta pic.twitter.com/5cyOT9io82

Chaotic multiplayer action game? Rumpus, you had me at hello. Could be in the vein of #iDarb, spawning a niche subculture of gaming.

With a name like Potato Planet and some punchy visuals, this little FPS could be on a lot of radars soon.