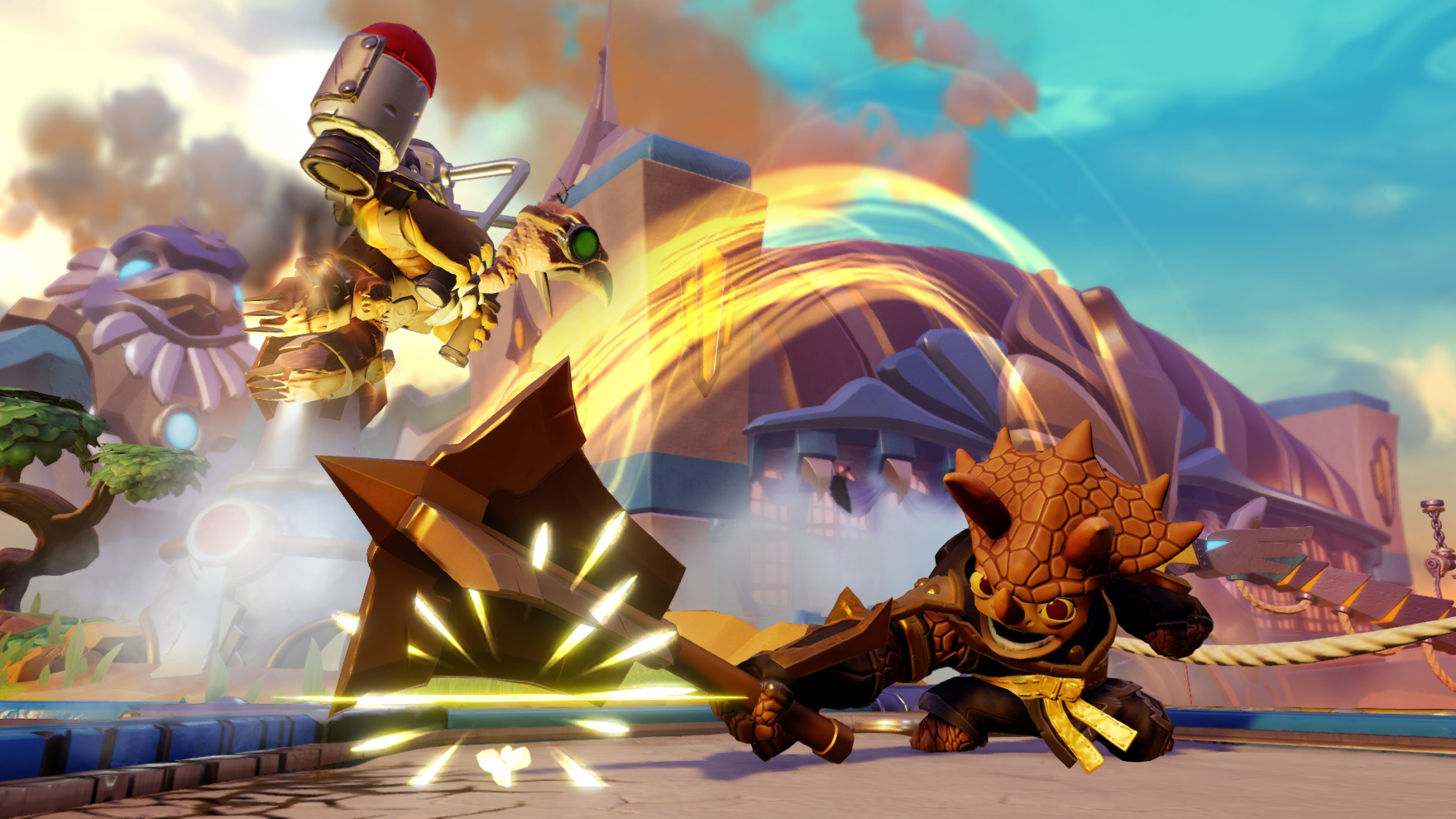 Skylanders Imaginators was a massive flop. According to retail sales outlooks, the once mighty toys-to-life franchise only mustered enough energy to sell 66,000 copies of the game in the us in its October launch month, with totals somewhere around 100k by the year’s end. That’s across 5 platforms (PS3, PS4, Wii U, Xbox 360 and XBox 1), with diminishing competition. Disney Infinity is dead, amiibo have slowed to a snail’s pace, and LEGO Dimensions only released game sets instead of a full sequel.

Is Skylanders dead? That’s yet to be determined, but one thing is certain: Activision Blizzard believes that it may have a few big cards yet to play in its hand.

During its recent investor relations call, the company noted that there will be no new console Skylanders title this year, instead focusing on more Imaginators content and a new mobile game. There’s also a recently-announced Nintendo Switch version of Imaginators coming for the console’s launch next month as well, but it’s just a (slightly slimmed down) port of the others. This is a similar approach to what LEGO is doing with Dimensions, though with how badly the most recent Skylanders bombed, still supporting its small user base may seem like a waste of precious resources.

But there is something more here, and it may be appearing through the use of the game’s IP.

The 2016 Netflix hosted Skylanders Academy animated show was a critical success, and though we don’t have solid viewership numbers a second season is in production for 2017 and a third has been ordered by the streaming giant. Though there is no console game to support the new seasons, the upcoming mobile title will almost certainly have to be a tie-in. It’s common practice to link childrens’ TV series with mobile experiences instead of new AAA console titles — Nickelodeon and Disney are masters of the trade. With one of the original knocks against Skylanders being its lack of well-known characters (apart from Spyro), many wondered why Activision was so late in initiating a tie-in show. Well, it has now, and for all intents and purposes it’s successful in (at least) bringing some of its most popular characters to life.

Three seasons of the show should fill that void.

Perhaps just as important as the IP’s Netflix voyage is Activision Blizzard’s new foray into consumer products. Announced earlier this month, a new consumer products division (headed up by a Mattel/Disney veteran) will leverage the publisher’s stable of IPs, from Call of Duty to World of Warcraft to Overwatch… and to cater to the preteen crowd Skylanders is a natural lock. Though there have been licensed Skylanders toys and accessories, there hasn’t been a full dedicated line. Controlling their own physical products will allow the publisher to not only better position them, but to better tie products together across games, toys and experiences.

A popular show and a full product line (toys, mobile games) around that show’s IP will extend the Skylanders brand potentially for a few more cycles. But where does that leave the concept that started it all, the idea of bringing toys into our games?

Arguably the novelty of zapping our favorite characters into an often gorgeous game wasn’t the idea’s downfall. No, that was probably due to the constraints around bringing a new boxed game to retail each year to fill shelf space. While our characters were always backwards compatible (we could take a toy from the original Spyro’s Adventure all the way into the new Skylanders Imaginators) they weren’t forwards compatible. We could take a character we created in Imaginators back into Spyro’s Adventure. Heck, we couldn’t take many characters from Giants back into the game before it. The creators were limited to innovating on a yearly schedule, without the feasible ability to scope in things like vehicles or crystals early on. Paying $75+ each year for a new iteration of the game wasn’t always possible. Likewise, while $8 for a nice new figure was much more palpable that figure may not work on the edition we already owned. That led to confusion, especially when holiday retail discounted older games to clear space for new ones. 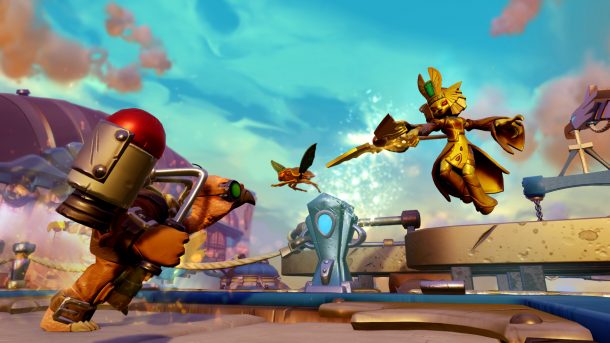 While the first few generations of Skylanders created waves of collectors, with 30-40 new toys each edition the hobby became very expensive very quick. When collection died down, the lack of novel gameplay showed an experience that wasn’t innovating enough to keep up with the kids buying it. Even though each game refined on and was better than the previous one, the gaming landscape changed quite a bit between generations. Multiplayer and stable online play became huge, preteens became teens that moved to games like Overwatch, and younger kids adopted phones and tablets.

So, is it dead? Well, there’s still hope.

Activision technically didn’t say it wasn’t producing a follow up to Imaginators, only that it wasn’t making one this year. Its plan to support Imaginators could give it a biannual release instead, with enough breathing room to plan figurine popularity and space that out accordingly. This would also leverage the growing popularity of Skylanders Academy and the consumer product line. Ideally, though, the company would abandon its lack of forward compatability for a service-based concept. That is, make Skylanders a free-to-play experience, with the only thing needed to bring “toys” into the game is one basic figurine portal. Or non at all. The Nintendo Switch iteration of Imaginators doesn’t require a portal, instead using the console’s IR camera on its controllers to “scan” a figure in. Perhaps this idea can be extended through to other consoles.

In reality, for Skylanders to work it needs a sort of soft reboot; the current series run must end, with a service-based future taking over that requires less physical editions of the game. Toys can still sell to kids, and updates can always be in the background instead of requiring an entirely new $75 spend, but the yearly iterations are wearing thin.

The next steps for Activision’s handling of Skylanders will be interesting. The IP looks like it will continue for a while, but all signs point to a drastic change needed to make it float within games.