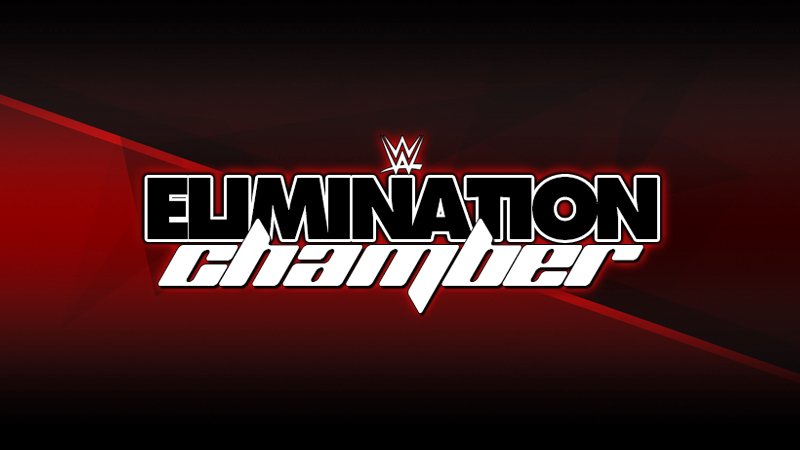 The hype got real for this PPV when Monday Night RAW held a 2 hour match with all of the WWE Superstars participating in the Chamber match. Honestly, it was one of the better Monday Night RAWs I have watched in a long time.

Let’s get this started!

Not sure if I agree on having this match to kick off the PPV but I have been excited for it. I wish they would have expanded it to include some of the Smackdown Women’s wrestlers, though. It would have been nice to see Charlotte and Becky Lynch in this match. I really hope to see the Four-Horsewomen in a match together soon.

As Bayley and Sonya kicked off the match Sonya held her own for a while, but you can still see how green she is. Mandy Rose was next and Bayley didn’t waste any time trying to hold both Rose and Deville from working together, until Deville gave Bayley a devastating spear. At this point the two members of Absolution were just picking Bayley apart until Sasha Banks was released from her pod. Sasha gave Absolution a run for their money while Bayley got a much needed rest.

Sasha Banks eventually eliminates Mandy Rose with the Bank Statement submission. And, soon after, Mickie James enters the ring and climbs the chamber, and with a high risk move on top of a Chamber Pod, James eliminates Sonya Deville. After a small celebration Bayley hits James with her Bayley to Belly for the elimination. A small rest for Bayley and Sasha later, and Alexa Bliss is the last superstar to enter the match. Bliss wanted none of Bayley or Sasha and played a quick cat and mouse as she was trying to get away from the two friends. They finally caught Bliss into a corner, and that’s when Sasha turned on Bayley.

As both Bayley and Sasha battled each other, Bliss was forgotten for a moment. Bayley hit Sasha with a super Bayley-to-Belly but Bliss came in and pinned Bayley to eliminate her from the match, leaving Bliss and Sasha to finish. Bliss attacked with her Twisted Bliss on top of one of the pods onto Sasha, but Banks reversed to into the Bank Statement outside the ring. While Sasha brought Bliss into the ring Bliss was able to get separation. Sasha saw a chance to get on top of the pod and try to finish the match, but it backfired as Bliss pushed her own face to the top and hit a DDT to retain her WWE RAW Women’s Championship belt.

A+ match: Great story telling, character development, especially with Sonya Deville and Mandy Rose, and it felt like everyone wanted to win. Amazingly well done. Look, I know I wrote a near play-by-play on the match, but it was a historic one. Do you blame me?

The Bar vs. Titus Worldwide

This match was better than I thought it was going to be. Titus looked real strong when he was in the match, and Shaemus and Cesaro showed once again what an incredible tag team they are. I believe they have some of the best chemistry of any tag team in the WWE right now. The Bar retained their championship titles as Cesaro pinned Apollo Crews.

Solid C match: Hard to follow up the Womens Elimination Chamber match. They did give it a hell of an effort but it was one of those bathroom break matches.

Asuka’s undefeated streak is on the line as she has not lost since she joined the WWE in 2015. Nia Jax dominated for most of the match, with her goal of beating Asuka to be included in the Wrestlemania Championship match against AIexa Bliss. I loved the finish, as Asuka was able to reverse a Nia Jax powerbomb attempt and use Jax’s own weight against her.

B- match: Could it have been better? Yes, they had a better match when they were both in NXT. They could’ve use that same match in the PPV and it would’ve been better than what they gave us in the Elimination Chamber PPV.

This match was lackluster, to put it simply. Woken Matt Hardy is a great gimmick… if it was, like, 4-5 months ago. I am sure the lawsuit over the character rights played a huge part in why it took WWE forever to get Hardy into this route, but I feel the timing of Woken Matt Hardy is a bit too late. Also, can we talk about what the hell the WWE is doing with Bray Wyatt?? I feel like they need to give him a break and have him come back with the Wyatt Family to wreck havoc again. Can we do that again, please?

Look, I loved Ronda Rousey when she was in UFC. To finally have her in the WWE is great! BUT she has a match set at Wrestlemania and I believe that is already WAY too soon for her because she is not ready to compete. Also can we get Paul Heyman to be her advocate? At least Rousey putting Triple H through the table and striking fear in Stephanie McMahon towards the end of that promo was great.

B+ segment: Aside from her mic skills everything else was great! Stephanie slapping Rousey was still cool as hell!

I really dig Elias and his character. It is flipping fantastic. Elias started the show with one of his songs dedicated to himself and sung how none of the other competitors are going to beat him.

Most of the match was fantastic, and there were many spots that I really enjoyed. At one point six men were in the chamber at the same time and there were some incredible hits. Once Braun started eliminating one superstar after another things got a lot more interesting. When it got down to Seth Rollins, Roman Reigns and Strowman, I started to pray that Rollins was going to win the chamber match. Unfortunately that did not happen, and Rollins was eliminated by Strowman. At this point I was REALLY hoping that Strowman was going to take this match. After multiple Superman Punches from Reigns the ‘Monster Among Men’ fell to the ‘Big Dog’, allowing Reigns to punch his ticket to Suplex City at Wrestlemania.

B match: Everything was great up to the point where Roman Reigns won the match. Look, I understand why they did it. I truly do. Does not mean that I like it? I would’ve been fine with Braun facing Brock Lesnar at Wrestlemania. But do we really need to see Reigns vs Lesnar again for the Universal Championship?