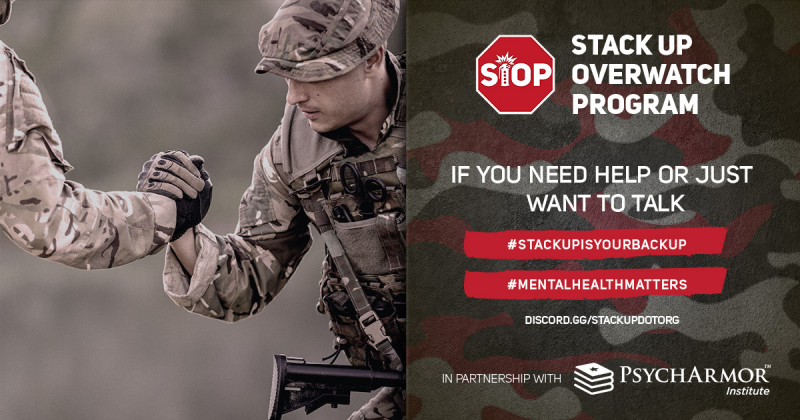 How non-profits and video games are picking up where government support of veterans falls short: saving lives.

According to a press release from last September by the Department of Veterans Affairs (VA), the suicide rate of veterans in the United States is 22% greater than non-veteran citizens. “We know that of the 20 [veteran] suicides a day that we reported last year, 14 are not under VA care,” said VA Secretary Dr. David J. Shulkin in the report. “This is a national public health issue that requires a concerted, national approach.” Even without this data, it’s easy to see that war affects all lives intertwined with its pervasive web. Being deployed overseas is not a nine-to-five job; war doesn’t stop for coffee breaks or lunch dates. And, over the last few years, there is an increasing lack of belief in the support the VA can offer veterans returning home; a question in credibility that stemmed from whistleblowers who, in 2015, made the claim that hundreds of thousands of veterans have died while on the VA’s waitlist for healthcare.

To mitigate the perceived failure of the VA, many non-profits have risen from the cracks to offer veteran support. This is where Stack Up, Stephen Machuga, and video games come in.

I last spoke with Stephen Machuga, a former army ranger, when he was running Operation Supply Drop (OSD) back in 2013. Since then, his growth and passion for the positive effects video games led him to found Stack Up, a veteran-based charity championed by the love and benefits of gaming and geek culture. “Gaming is getting out there in a way that we, even just 10 years ago, couldn’t have imagined—it’s gone above mainstream level,” said Machuga. “Everyone is a part of it. We saw that with Pokemon Go… it’s only going to get crazier. People are growing up gaming, and now these people are becoming our industry leaders. Our senators. It’s an exciting time to be in games.”

In witnessing the expansion of games, Stack Up decided to mix their Supply Crate packages (packages with gaming equipment sent to veterans and soldiers overseas) with board games. “Board games, things like Cards Against Humanity, they come in smaller pint-sized items that can be thrown into a box easily… we’ve been expanding that direction. Board gaming and table top gaming is having a renaissance of its own, so we’re trying to make sure we are helping to spread the love that way as well. The more people we can reach, the better.” In addition to the expansion of their supply crates, Stack Up also has the Air Assault Program, that “flies disabled or deserving veterans to various geek-culture events such as E3, PAX, and Comic Con. “Right now, I am lining up a studio tour with Harmon Enterprises, the creators of Rick and Morty,” said Machuga.

But the expansion of Supply Crates and studio tours is not a true reflection of the potential that Stack Up has in the support of veterans. Currently, Stack Up is currently working on their Stack Up Overwatch Program (STOP). Founded by Stephanie Owens, Stack Up’s administrative officer, STOP gives veterans, soldiers, and the Stack Up community 24/7 access to certified emotional and crisis support personnel through their Discord channel. STOP is different than a typical suicide hotline, however, because it gives at-risk citizens the ability to play video games while talking with the support personnel. “Anything we can do to get guys out of their heads for a while—to give them an escape—we want to provide that for them. Where Stack Up started at a luxury care package service for deployed veterans, it’s now almost becoming… more of a medical organization. We’re looking to have papers written up about the benefits of video gaming and veterans—the STOP program. Really just generally trying to support veterans however we can… and that’s how the STOP program came to be.” Right now, research supports Machuga’ s claim—as more and more research is published on video games aiding with depression, anxiety, autism, and Alzheimer’s.  The neat thing about STOP is that it offers what Machuga said is like a Law and Order situation, where a victim is given a puzzle or game to play with as they discuss difficult subjects. Playing a game with someone is escapism. It can relax someone to a point where they feel comfortable enough to discuss their issues or thoughts, or it can simply get them past a difficult moment. “Maybe if they are willing to talk, or if they want to,” said Machuga, “then the objective is, if things are getting real bad, we [can] prescribe it to an actual suicide hotline. But, so far, we’ve never had to do that. We’ve been able to talk everyone down with just a couple hours of gaming.”

This success rate is continuing perhaps largely due the level of seriousness Stack Up has taken in the STOP initiative, despite it only being a few weeks old.  In order to certify volunteers to talk with at-risk individuals, Stack Up volunteers train with an organization called the PsychArmor Institute, which offers certification classes in effectively engaging and comforting veterans. “We’re a bunch of charity volunteers, but no one is trained to handle veterans on a level where we will be liable if someone did something to themselves. So we decided, you know what, if we are going to do this. If we are going to have people sitting in chat and trying to help others on an unofficial basis, why don’t we just go to the next step and see what sort of options are there in order for people to have 24/7 support in our Discord; so, if someone is having a real-bad day, and they just want to unplug, and need someone to talk to, or just want to jump into Destiny or World of Warcraft or PUBG, they have that option. Then on our end, our guy’s job is to diffuse the problem and help them calm down. Get their minds off their problems.”

“This is a new endeavor for us,” Machuga continued, echoing their plan going forward. “But it will only get better as time goes on and we will continue to refine it… When we first pitched Stack Up at first it was: ‘Oh that’s cute, that’s nice. You’re able to get video games to the hands of veterans—that’s adorable.’ But when you’re able to say that you’re able to aid in the prevention of veteran suicide, that’s a sit-up in your chair kinda moment… We are [going to be] working with other as the medical side of gaming and the benefits of it are discovered.” Between the growing Discord community, a living ecosystem that connects veterans to veterans and non-veterans, and Stack Up’s evolving mission, it’s safe to say that we’re just getting started in discussing the benefits that gaming has to offer. STOP is a massive step in proving how games, and non-profits, can help when structured support systems like the VA fall short in trust.