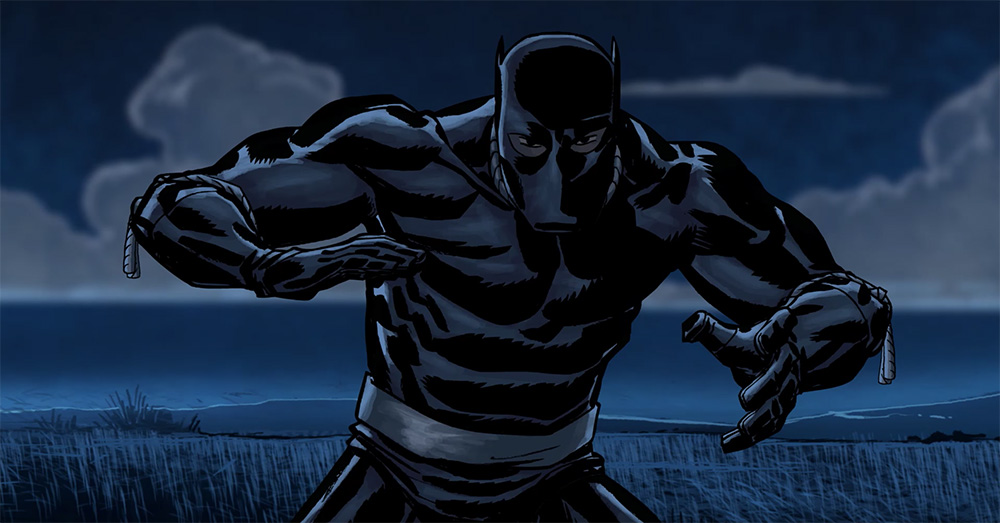 Consider this a double feature for our Saturday Morning Cartoons tag.

Back when Marvel was first entertaining the thought of bringing Black Panther to the big screen, it was gauging interest in the endeavor through a series of short animated videos.

The entire series, under the “Marvel Knights” grouping, totals about 120 minutes across 6 episodes, and featured other Marvel stars like Captain America and Juggernaut. It even touches on some of the things that appeared in the recent blockbuster film, like the challenge for the crown.

The animation style was based on motion comics, with high contrast and thicker line work, for some really nice imagery.