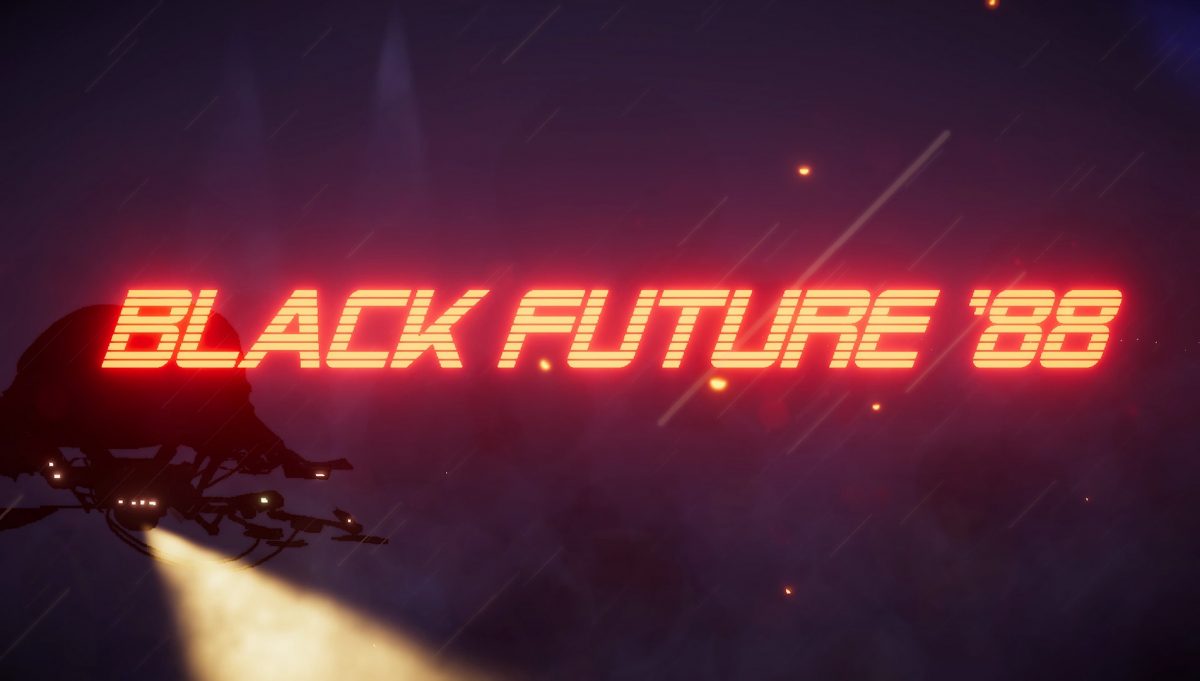 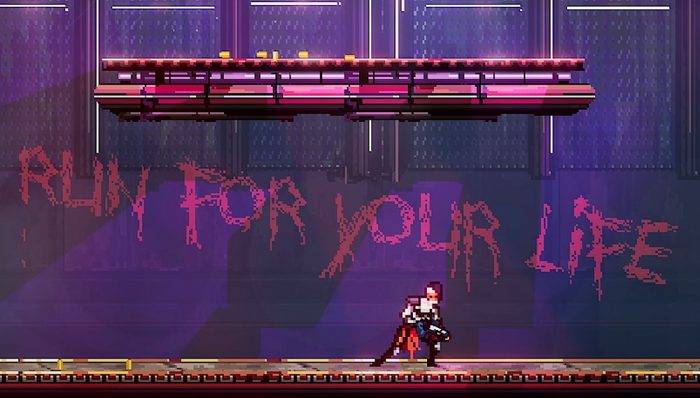 In Black Future ’88, we have 18 minutes to complete the game before our heart explodes and we die.

But damn, who knew death could be so, so good?

The game, a 2D synth punk action platformer set in an alternate version of 1988, has us traversing up a procedurally generated tower in which everything is trying to kill us and we only have finite resources to get to the top. During the show floor demo, the layout changed every time we played — see the “dying” part up above — with different paths and secrets opening up as we followed a pointer towards that zone’s boss. We need to kill all the enemies and grab all the dropped loot in order to leave a room, or the entire building itself will try to kill us by sending hunters on our tails.

Developer Don Bellenger refers to it as a “rogue like lite” and it’s accurate. It’s also mind-numbing chaos.

At first glance, the neon and fog machine aesthetic and analog synth music choices can be overpowering, but they’re there for a reason. With inspiration from Running Man and Cure and Prince music videos, it feels like a late Eighties-filled nuke was detonated on the screen. Where something like the recently released Ready Player One vomited the era’s gaming references into its plot, Black Future ’88 chooses the style and conventions of its films instead. The Eighties weren’t a smooth decade; they were rough, they had sharp edges, they were dirty. This is perhaps best exemplified in the game’s use of drugs and weapons. Drugs (buffs) have adverse affects on your chosen character (of which there will be five in the game). Using a buff too much can lead to becoming addicted, but it can also open up other benefits. The variety of weapons is immense and lets us manage the game how we want, but they can also become a major pain if we don’t utilize them correctly. One of the guns emitted an impressive laser that wiped out enemies, but at the same time it would shake the screen and send flashes of light everywhere, making it difficult to keep focus and allowing hunters to sneak up behind us. The grenade launcher was massively powerful, but because the game has friendly fire baked in, I found that blowing myself up to nanometer sized pieces was becoming a habit.

That damn grenade launcher. The devs warned me about it, too. “You really need to be experienced to know how to use it, Dali,” they said. But then they’d follow up with “wow, no one has made it this far,” raising my personal ego level to TRUMP and basically baiting me to use the weapon.

Ugh. But it was a good ugh. 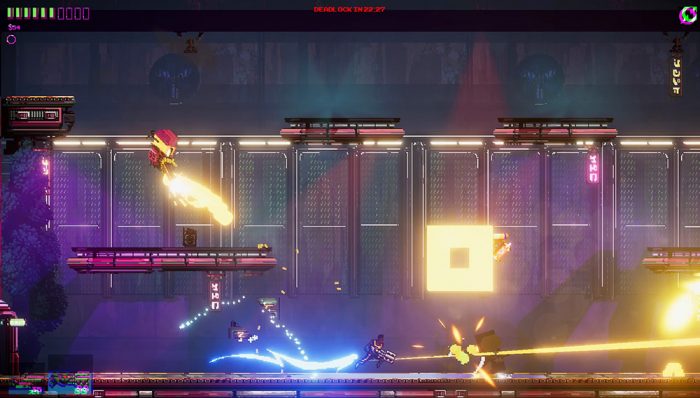 Dying and respawning from the beginning would normally be a chore, but because the game runs at such a fast clip, I didn’t find myself becoming upset. I would just start right over again and go. The Running Man comparison is accurate, because it almost felt like I was on a game show or sport where it’s natural to play through several times. I always knew that I only had 18 minutes anyways, give or take how I played the game. The design of BF88’s time system plays out almost like football, where the clock can be stopped, rewound, or sped up based on how we do or what weapons we use (some consume time as ammo). I reckon that in the full game players will start dropping buckets of sweat once the counter starts getting close to a minute or so left.

Black Future ’88 comes off as deceptively simple and yet deceptively challenging at the same time. It’s kind of insane. And, it could end up being a fairly great game to watch on a live stream thanks to its time limit. It’s being developed for PC/Steam right now and published by Good Shepherd Entertainment, without an announced release date, but I sure as hell hope that it’s not too far off.