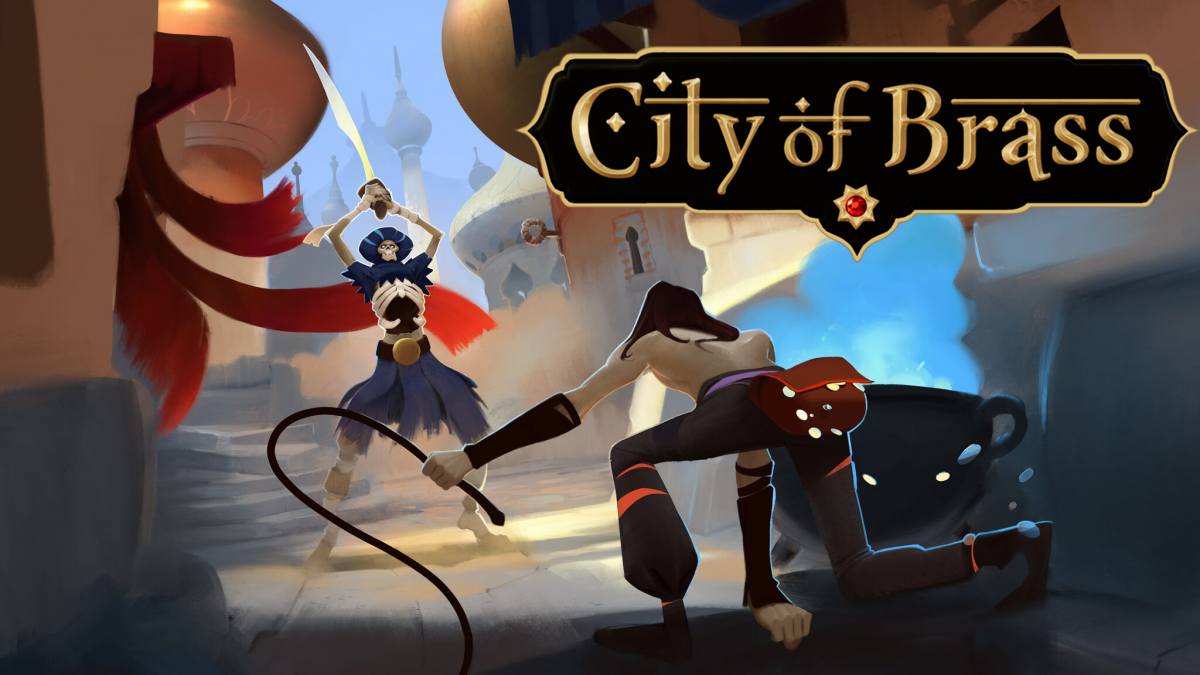 Uppercut Games’ City of Brass is one of those games that you look at and aren’t immediately offended by but almost instantly intrigued. A first person rogue-lite where you use a whip and a sword to fight through hordes of skeletons? Sign me up! In gaming one of the biggest obstacles for a developer is making sure their project is different enough from, and doesn’t drown in a sea of, other like minded games. City of Brass exists in one of the most saturated markets currently, the indie randomly generated rogue-lite genre, but manages to distance itself without relying on gimmicks. 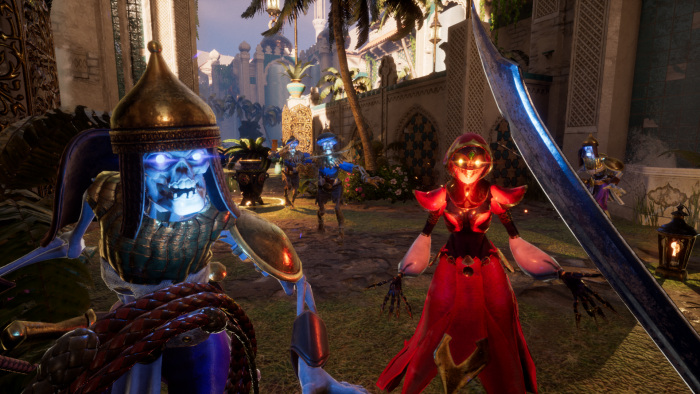 But what makes City of Brass different? Plot-wise it’s like a weird Aladin side story that Disney cancelled where the character’s only goal is to run away from zombies. The aesthetic of the world feels different enough that you aren’t immediately reminded of any other games at least. It also feels really good to traverse the maps. Almost immediately you feel like you can do anything within the game. If you’re familiar with how Source™ games feel, you will be right at home. While you move around these randomized maps you have a sword and a whip at your disposal. The whip lets you stun enemies or pull them toward you, while the sword is used to poke the bastards until they die. Opening an enemy up for an attack and slicing them up feels nice and fulfilling. Jumping and dodging is hella responsive and gives the game an extra crisp feeling. Spread across the maps are items like bombs or lanterns that you can throw at enemies, and are just kind of planted there without much rhyme or reason. They only really allow you to clear levels faster, and I wouldn’t go so far to say that they make the game any easier though because most of the time you end up in the flames and explosions yourself. 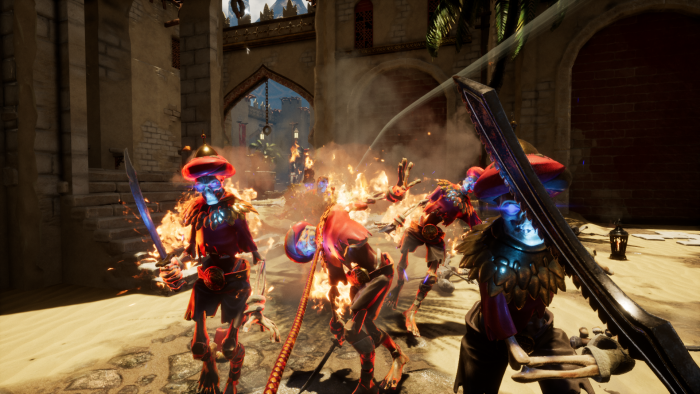 While the gameplay is varied and the baddies the game gives you to kill serve their purpose, what really hurts the game is the random nature of its design. The game spawns varying types of traps on its maps, eg: a trap door or motion activated spikes. A trap door is an insta kill if you drop through, and spikes take away one heart. In my many runs, I would estimate more than 75% of my beginning rooms had spikes in them. I even spawned on top of spikes more than once as well. The difficulty can be quite unfair in that regard, but it’s just the cruel mistress of RNG rallying against me. The design of the maps also feel very disorganized and can kind of hurt to look at, especially for a person like me who tends to favor simple designs. Seeing so many random tiles and vases strewn about on a whim really just makes the atmosphere feel less engaging than it should.

On the outside City of Brass looks kind of dull and boring, but when you actually get to the core of the gameplay it can be a blast to play. If you have an itch for a first-person randomly generated dungeon crawler with some Middle Eastern flair, this is the game for you. The satisfying combat with a very steep difficulty curve will surely keep the most headstrong gamer coming back for more.